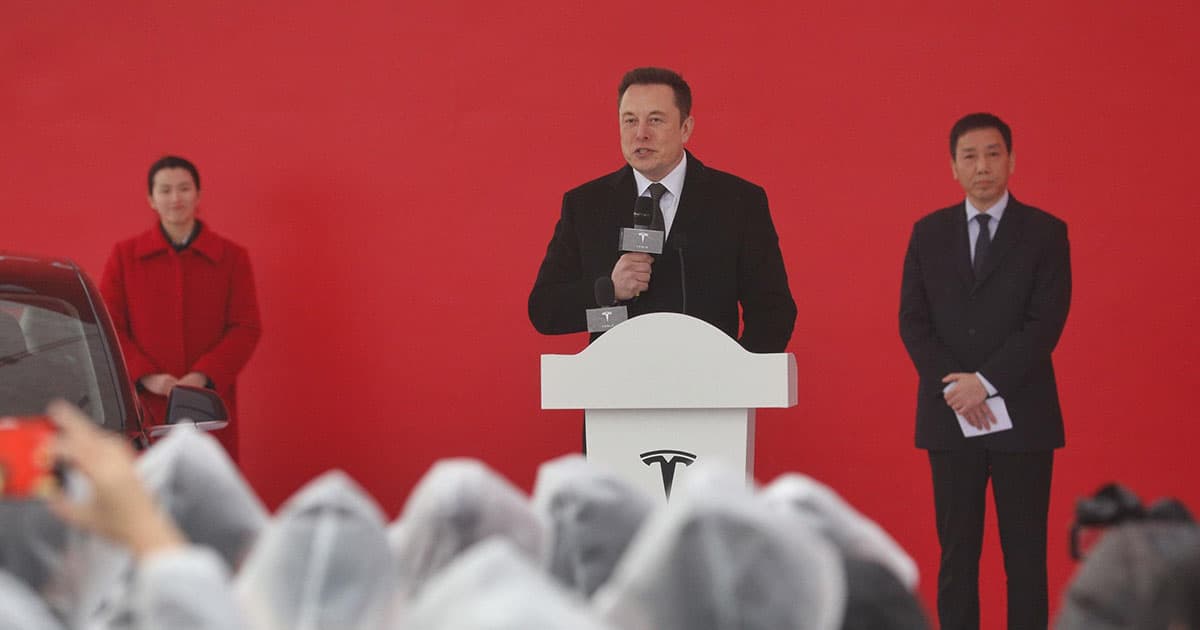 The factory could help increase Tesla sales in the world's largest EV market.

The factory could help increase Tesla sales in the world's largest EV market.

By the end of 2019, Tesla might not just be selling its electric vehicles in China — it could also be making them there.

On Monday, CEO Elon Musk broke ground on a Shanghai Gigafactory expected to cost $2 billion. If construction goes as planned, the massive factory will help Tesla gain a stronger foothold in the largest EV market in the world — and help usher in the future of electric transportation.

Shanghai’s mayor and other local government officials joined Musk at the construction kick-off ceremony at the site of the 500,000 vehicle capacity plant.

Construction should wrap up this summer, according to Musk, with the first EVs coming off the line before the end of the year.

“We think that with the resources here we can build the Shanghai Gigafactory in record time,” the CEO said at the event.

There’s a reason speed is of the utmost importance in the Gigafactory’s construction, Shanghai-based analyst for consultancy LMC Automotive Alan Kang told Reuters: the sooner the factory is in operation, the sooner it can help Tesla avoid issues brought about by the ongoing U.S.-China trade war.

“Tesla’s sales (in China) have dropped over the past few months because of high price caused by the tariffs,” Kang said, “And the competition is getting more and more fierce. With the construction of the Shanghai factory, the faster the better (for Tesla).”

The promise of increased sales in the world’s largest, most-supportive EV market sure seems like a great way for Tesla to start the new year off on the right foot — and put that tumultuous 2018 behind it.