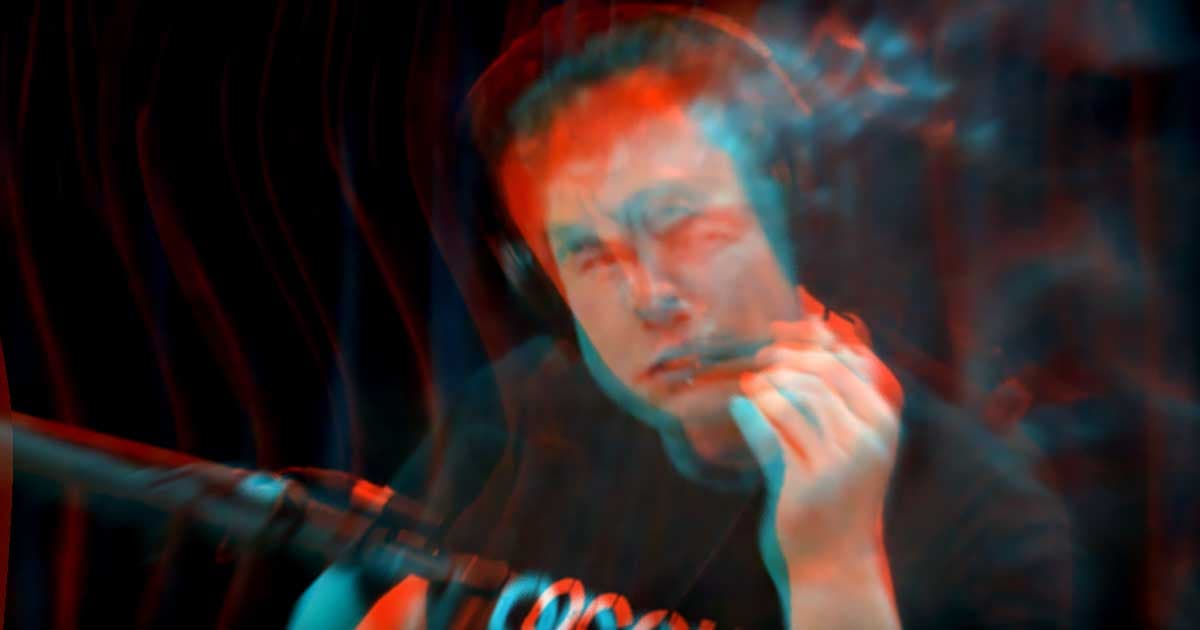 In a newly-leaked email, Musk admitted that it was "not wise" to spark up with Joe Rogan.

In a newly-leaked email, Musk admitted that it was "not wise" to spark up with Joe Rogan.

In September 2018, enigmatic billionaire Elon Musk made an eyebrow-raising appearance on the Joe Rogan podcast. During the two-hour conversation, Rogan offered him a puff of marijuana — an otherwise harmless decision that got his space company SpaceX, and Tesla, into a lot of trouble.

SpaceX had to undergo an extremely thorough and expensive safety investigation by NASA after Musk's stunt, according to a new report in The Washington Post — which is also now reporting that Musk issued an internal mea culpa about his weed smoking to the rocket company's employees in a mass email.

In the email, obtained by the Post, Musk apologized for sparking up with Rogan. Musk admitted that "it was not wise" to smoke pot and that "SpaceX maintains a drug free workplace."

"As an agency, we’re not just leading ourselves, but our contractors as well," Bridenstine told the Post in a November 2018 interview. "We need to show the American public that when we put an astronaut in a rocket, they’ll be safe."

READ MORE: Boeing faced only ‘limited’ safety review from NASA, while SpaceX got a full examination [The Washington Post]