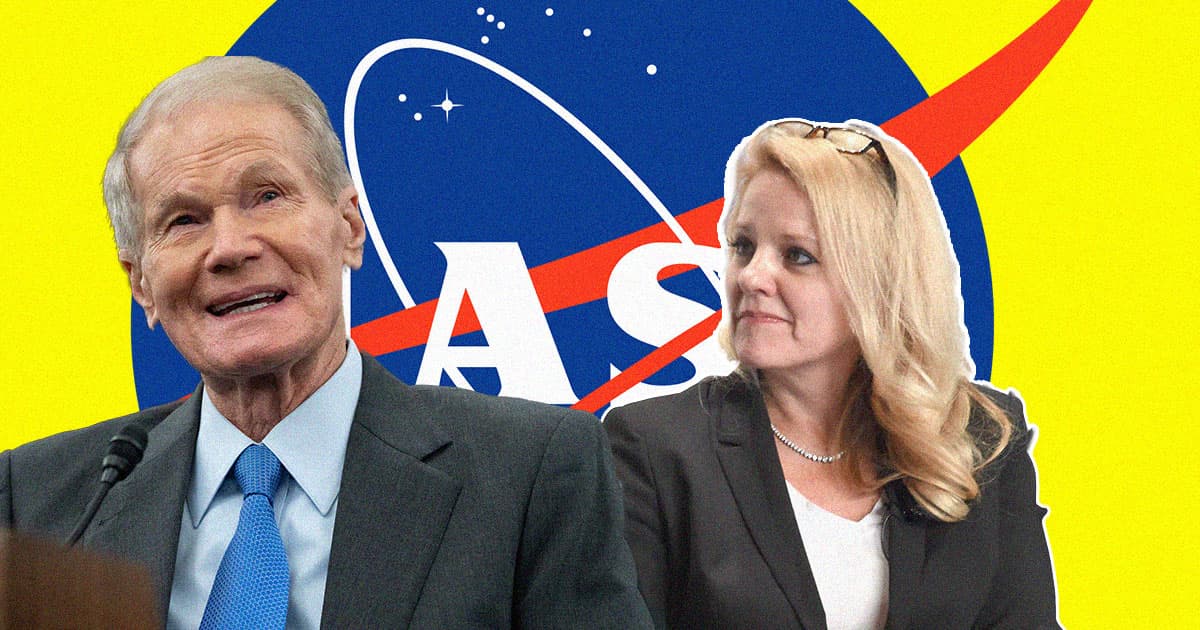 Current NASA head and former astronaut Bill Nelson is relieved that SpaceX CEO Elon Musk isn't actually running the space company, given the billionaire CEO's disastrous acquisition of Twitter — a sign that Musk's ventures including SpaceX and Tesla might perhaps be better off with less of his overbearing management strategy.

"Tell me that the distraction that Elon might have on Twitter is not going to affect SpaceX," Nelson recalled asking SpaceX's president and CEO Gwynne Shotwell last week, as quoted by NBC News.

Fortunately for him, Shotwell responded that the chaos kicked off by Musk's takeover of Twitter hasn't impacted the company, adding that he had "nothing to worry about."

The news must've been quite the relief for Nelson.

"I hugged her with a smile on my face, because I know she is running that thing," he said. "She’s running SpaceX."

SpaceX is at a critical juncture in its efforts to help NASA deliver the first astronauts to the Moon in over half a century. Musk's childish antics and bigoted tweets following his disastrous acquisition, however, are causing a major distraction — the very last thing SpaceX needs right now as it struggles to get its ambitious Starship spacecraft into orbit.

Musk's distractions have proven particularly unpopular among SpaceX employees, who circulated an open letter this summer accusing the billionaire CEO for failing to fulfil the team's "No Asshole" and zero-tolerance sexual harassment policies.

The letter also specifically called out Musk's plans to acquire Twitter at the time.

"Elon’s behavior in the public sphere is a frequent source of distraction and embarrassment for us, particularly in recent weeks," the letter read.

Musk, a self-proclaimed free speech absolutist, responded by firing the employees who signed the letter.

Nelson's latest comments raise plenty of questions, most of which will likely never be answered: where would SpaceX be at this very moment if it wasn't for Musk and his problematic behavior?

He did start the company, and the argument could certainly be made that the CEO has navigated SpaceX through several impossibly tight impasses since, saving it from bankruptcy on more than one occasion.

But those days are long gone and a lot has changed since then, including Musk. Especially as of late, the business magnate has transformed from being a successful CEO into a highly controversial and outspoken figure.

Fortunately for SpaceX, Musk has found the company a highly effective leader in Shotwell, who has proven herself to be more than capable of running the ship over two decades — which can't be said about Musk's other ventures, such as Tesla and Twitter.

After dramatically lowering the cost of delivering both cargo and astronauts into the Earth's orbit, SpaceX stands a decent chance of establishing a reliable lunar lander, in the form of a Starship variant, capable of returning astronauts to the Moon.

But whether a successful lunar landing will be because of Musk's actions or in spite of them is as unclear as it has ever been.

For Nelson, it's about the company's commitments, not all the Twitter drama.

"The proof is in the pudding," he told NBC News.

Read This Next
Shoo
Scientists Warn Giant Asteroid Is Actually Swarm, Nearly Impossible to Destroy
A Sip of Opal
NASA Discovers Precious Gemstones on Mars
Moon Wrestling
The Head of NASA Is Scared Chinese Astronauts Will Seize Portions of the Moon
Little Boxes
One Silly Little Detail Is Reportedly Delaying Artemis II by Years
Putting Things In Perspective
Amazing Artemis Photo Shows Every Human, Alive or Dead, Plus the Moon
More on Off World
Take Cover
Yesterday on the byte
Space Startup Blows Up Another Giant Inflatable Space Station Module
Rock Blast
Yesterday on the byte
Scientists Say There's an Upside to Those Rocks That Keep Bludgeoning the James Webb
Meathead Theory
Yesterday on the byte
Professor Receives Insane Email Claiming "Biological" Green Comet Is Giving Off "Meat Smoke"
READ MORE STORIES ABOUT / Off World
Keep up.
Subscribe to our daily newsletter to keep in touch with the subjects shaping our future.
+Social+Newsletter
TopicsAbout UsContact Us
Copyright ©, Camden Media Inc All Rights Reserved. See our User Agreement, Privacy Policy and Data Use Policy. The material on this site may not be reproduced, distributed, transmitted, cached or otherwise used, except with prior written permission of Futurism. Articles may contain affiliate links which enable us to share in the revenue of any purchases made.
Fonts by Typekit and Monotype.