Eight Facts About the New Head of NASA, Bill Nelson

Here's what you need to know. 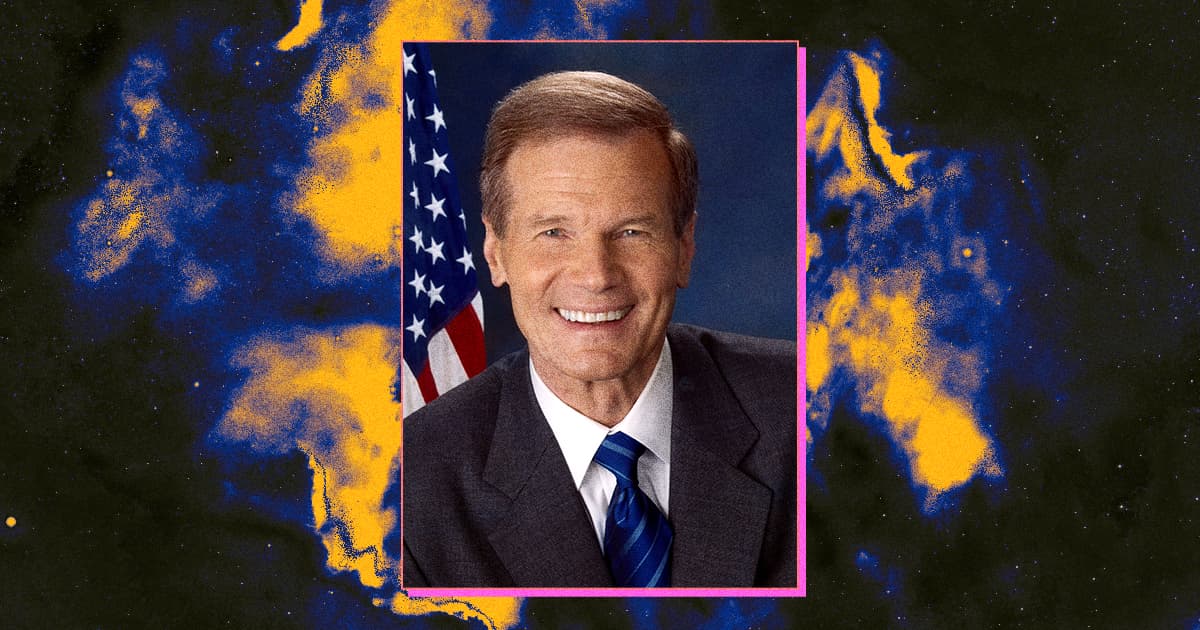 "In the Senate, he was known as the go-to senator for our nation's space program," reads a White House statement on Nelson’s nomination in Mach. "Most every piece of space and science law has had his imprint."

Nelson comes to the job with decades of experience both as a former astronaut and as a longtime politician focused on space exploration and research. Here's what you need to know about the most powerful man in space.

1. He's Actually Been to Space

Nelson flew on the Space Shuttle for a six-day mission in 1986 while he was a sitting Congressperson. It was the last successful Shuttle mission prior to the Challenger accident.

Interestingly, that means Nelson is joining an extremely short list of only three other NASA administrators who have actually left the planet. There was Richard H. Truly, who flew on several missions throughout the 1970s and 80s, pilot Frederick Gregory, who became one of the first Black American astronauts in the late 1970s, and Charles Bolden, who piloted the Space Shuttles Columbia and Discovery in the 1980s and 1990s — including during Nelson's mission.

That list grows smaller still when you consider that Gregory only served as acting NASA administrator for about two months while President George W. Bush found and nominated a permanent replacement for the former administrator.

Nelson's singular mission to space is marred by accusations that he was putting in face time for self-promotional purposes or political posturing more than he was a meaningful member of the crew, according to Ars Technica. In his book "Riding Rockets," NASA astronaut Mike Mullane didn't pull any punches, even revealing that the other astronauts on the nickname went as far as nicknaming Nelson "ballast."

"He wanted to be a contributing crewmember and do something really important," Mullane wrote. "There was just one problem. None of the principal investigators of any of the experiments manifested on the mission wanted Nelson anywhere near their equipment. They were getting one chance to fly their experiments, had been working with the astronauts for months on how to best operate the equipment, and had no desire to have a nontechnical politician step in at the last moment and screw things up."

Back in 2016, Nelson was part of the bipartisan push to secure more funding for NASA's plan to send crewmembers to Mars. However, the money did come with some strings attached: NASA was directed to get boots on the Martian soil within the next 25 years.

"Fifty-five years after President Kennedy challenged the nation to put a man on the Moon, the Senate is challenging NASA to put humans on Mars," Nelson said at the time. "The priorities that we've laid out for NASA in this bill mark the beginning of a new era of American spaceflight."

4. He Had a Major Change of Heart About SpaceX

Unlike his predecessor, Nelson has a history of standing in the way of private-public partnerships between NASA and contractors, preferring for much of his career to handle things in-house before having a change of heart.

As a Senator, Nelson joined Republicans to cancel Obama-era pushes to court private companies like SpaceX and other private companies to build new rockets, a move that led to NASA beginning to work on and pouring money into the Space Launch System. He also worked to slash funding for various commercial partnerships, including the now-successful commercial crew program that recently saw SpaceX send astronauts to and from the International Space Station.

More recently, however, Nelson publicly reversed his position and enthusiastically supported NASA's commercial partnerships, even denying that he ever opposed them.

When the Long March 5B rocket that China used to launch the first module of its Tiangong-3 space station fell back to the Earth in an uncontrolled reentry — code for a careening descent that could have landed almost anywhere — Nelson issued an extremely stern condemnation against the country's space program.

“Spacefaring nations must minimize the risks to people and property on Earth of re-entries of space objects and maximize transparency regarding those operations," Nelson said in a NASA release. “It is clear that China is failing to meet responsible standards regarding their space debris."

"It is critical that China and all spacefaring nations and commercial entities act responsibly and transparently in space to ensure the safety, stability, security, and long-term sustainability of outer space activities," Nelson added.

And while it makes sense to be frustrated when another country's rocket falls out of the sky, it will be interesting to see how Nelson handles what will likely be NASA's greatest rival in space for the rest of his term.

Nelson said that he didn't want to suddenly change course once he took over at NASA, according to Insider, lest he give anyone whiplash.

But he does want to reemphasize NASA's research into climate change, which has traditionally been one of the space agency's main scientific priorities alongside its space exploration missions, but which was considerably deprioritized by President Trump and other officials in his administration.

7. He's Not Sure About Trump's Moon Schedule

Nelson seems to be all in on NASA's ongoing Artemis missions, which include sending humans to the Moon for the first time in decades, establishing a long-term base of operations there, and eventually sending humans to Mars as well.

But, like his short-term predecessor Jurczyk, Nelson isn't convinced that the Trump administration's timeline for those missions is realistic.

"I think you may be pleased that we're gonna see that timetable try to be adhered to," Nelson said during that same Senate hearing, "but recognize that, with some sobering reality, that space is hard."

8. He's Well-Connected With the Press

Unlike Jurczyk, who mostly stayed away from Twitter, Nelson's account reveals a close connection with the media. Of the just 131 accounts that he follows, many are journalists, editors, and publications that cover space and the space industry. Many of the remaining accounts are government agencies or space contractors.

While Nelson isn't exactly a prolific tweeter — his account was silent between September 2020 and May 2021, for instance — his follows suggest some level of connection to the press that may suggest a greater level of public accountability than that of government officials from the previous administration.