Seven Facts About the New Head of NASA, Steve Jurczyk

The new leader of NASA appears to have deleted his Twitter account — and other facts you probably didn't know. 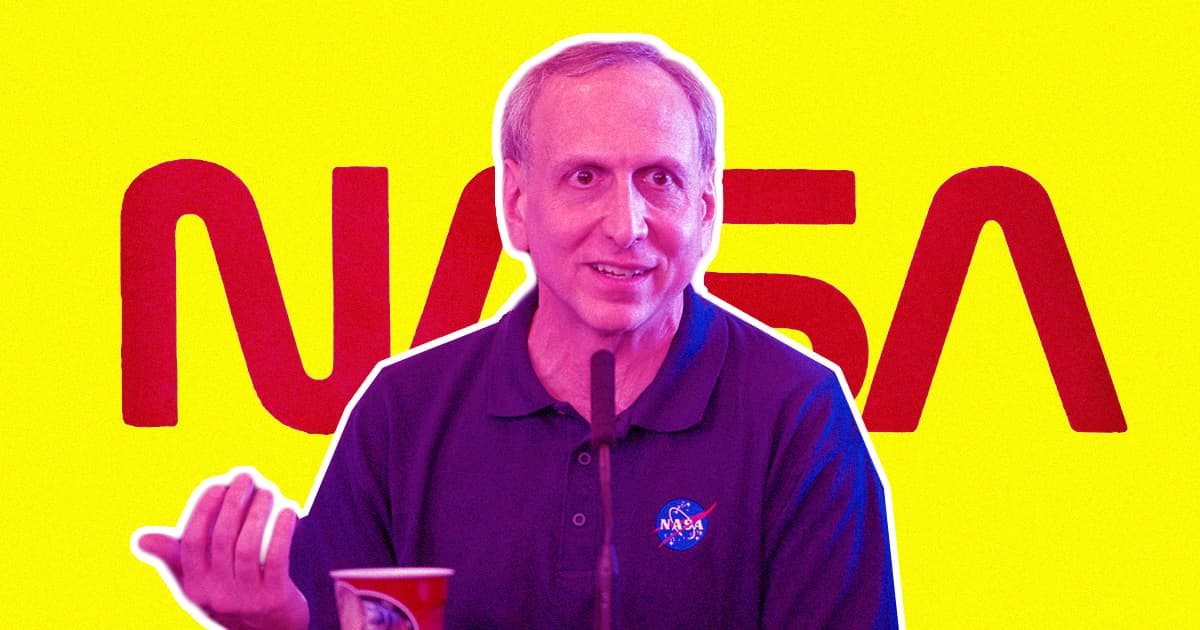 Former NASA administrator Jim Bridenstine resigned at the end of the Trump presidency along with deputy administrator Jim Morhard. With their simultaneous departure, the keys to the space agency went to the third in line: associate administrator Steve Jurczyk, who now says he's running NASA from his basement.

Within NASA, Jurczyk is known as a committed, hands-on leader — but he's also kept a lower profile than other government officials. While Jurczyk's office hasn't yet agreed to an interview, we did some reading to better understand NASA's new head honcho. Here are some key facts and analysis about NASA's new leader, and what we can expect from him now that he's been thrust into the spotlight.

For years, Jurczyk has supported the missions that help humanity push deeper and deeper into space. First joining NASA in 1988, Jurczyk's decades-long career spans back to when the space agency was still working on the Space Shuttle, according to The Atlantic. In 2015, he told the magazine that NASA was shooting for a crewed Mars landing by the 2030s — a prediction that may very well hold up.

Jurczyk also feels that space is not just for professional astronauts. He's a firm believer that space tourism will grow as the cost of spaceflight continues to drop, he told Aerospace America in 2019.

In that 2015 Atlantic article, Jurczyk said that he was inspired by the 1969 moonwalk — not to become an astronaut and go to space but rather to build the hardware that could take them there. To pull that off, he got a master's degree in electrical engineering from the University of Virginia.

"Building successful hardware, getting it to the launch pad, and successfully watching it work in space — that's what I love," he told The Atlantic.

Before he was chosen for his first leadership role — he became director of engineering at NASA's Langley Research Center in 2002 before taking over the entire center in 2014 — Jurczyk made a name for himself as a systems engineer. As an engineer, he contributed to prominent pieces of machinery, not the least of which is the Curiosity Rover, which is still operational on the surface of Mars.

That hands-on style also bleeds over into his leadership approach ­— Jurczyk has worked to cut down on pointless meetings so NASA employees could actually focus on their work.

3. He Supported SpaceX Before It Was Popular

Back in 2016, when Jurczyk was the associate administrator for NASA's Space Technology Mission Directorate, he endorsed SpaceX back when the company was just starting to consistently prove itself.

At the time, Jurczyk announced that NASA wanted to be a part of a Mars mission that SpaceX had planned to launch 2018, even though the space agency didn't have a payload ready for the mission.

"If they go in 2018, it’s really going to be an [Entry, Descent, and Landing] demo for us. We won’t have any payloads available. But 2020 there’s a possibility." Jurczyk said.

Jurczyk has continued to support SpaceX as a company destined to play a major, shaping role in the space industry. In his 2019 Aerospace America profile, he implied that other countries' space agencies, like India's ISRO, would become early customers of NASA's Commercial Crew Program, which currently relies exclusively on SpaceX vehicles to launch astronauts to the ISS.

Former President Trump was certainly more interested in space exploration than in studying and mitigating climate change — a priority reflected in NASA's directorate, despite public opposition.

Well, for all of his excitement over crewed exploration, Jurczyk seems to feel that there's plenty of room for NASA to do both.

And he also walks the walk, reportedly taking the train to work every day before the pandemic — though he told Aerospace America that decision had more to do with traffic than carbon footprint.

Jurczyk's term as NASA Administrator will be an unprecedented one — despite his promotion, he's still just working from home along with everyone else. But earlier on in the pandemic, Jurczyk helped lead the agency's pandemic response, including the development of new protective equipment or manufacturing ventilators.

“My job is to enable the workforce to do the amazing things we have asked them to do," he told the Partnership for Public Service in June.

6. He Doesn't Think NASA Should Be a Regulatory Agency

Interestingly, Jurczyk told Aerospace America that he doesn't think NASA should regulate space travel like the FAA does air travel.

However, he did emphasize the importance of NASA collaborating with existing regulatory bodies like the Department of Commerce and the FAA.

Jurczyk's predecessor, Bridenstine, was a prolific tweeter — a trait that won over even one of NASA's harshest critics.

Jurczyk, by contrast, was never one for Twitter — at some point, he deleted his almost-never-used account. Even before that, his only tweet seems to have been a vote on the NBC singing contest show "The Voice."

In other words, will he be running NASA by tweet, in the spirit of other recently-departed members of the government? At this point, it seems unlikely.