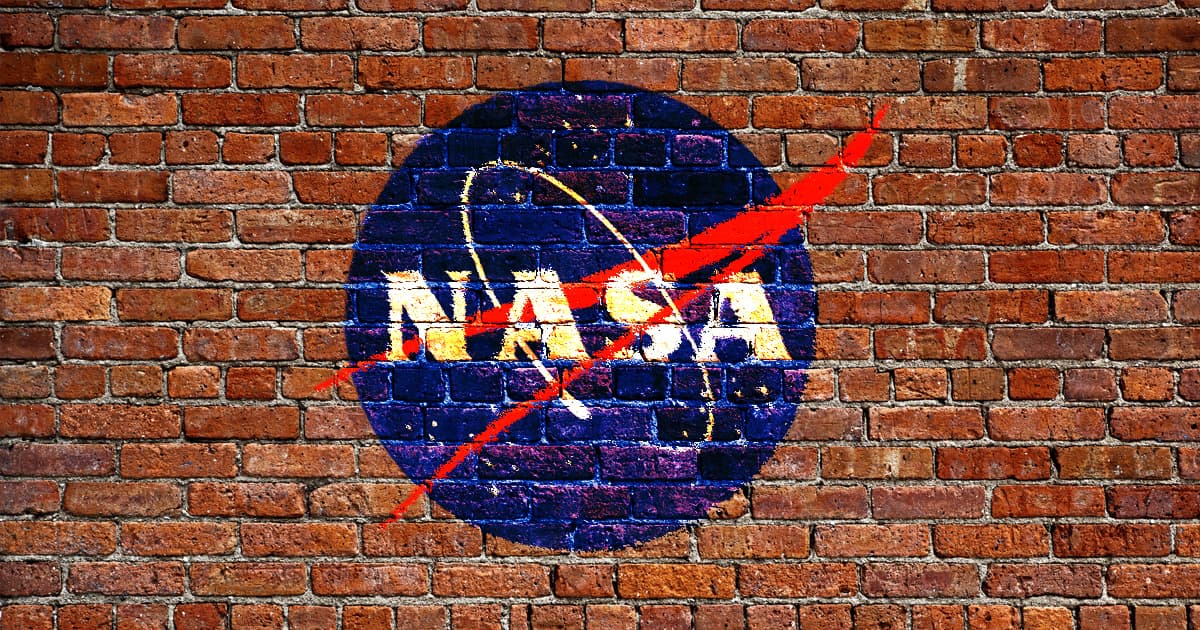 "I will be running NASA from the basement of my home."

"I will be running NASA from the basement of my home."

With former NASA Administrator Jim Bridenstine out, NASA now finds itself under the leadership of Steve Jurczyk, who had been the agency's associate administrator since May 2018.

But Jurczyk's time as acting administrator — Biden has yet to name Bridenstine's permanent successor — will be a bit different than his predecessors', illustrating the unique challenges of running a massive government agency during a pandemic.

"I will be running NASA from the basement of my home," Jurczyk said at a Thursday panel, according to SpaceNews senior writer Jeff Foust.

“I will be running NASA from the basement of my home,” Steve Jurczyk, NASA acting administrator, says in comments at the start of an #AIAASciTech panel this afternoon on the legacy of the shuttle program.

Jurczyk used to have his commute streamlined and environmentally friendly after decades at NASA, according to a 2019 profile in Aerospace America, opting to take the train instead of sitting in traffic.

But travel will likely still be on Jurczyk's mind, even as he navigates the challenges of heading NASA from his home, as that same profile revealed that he's a major advocate for the fledgling space tourism industry.

"Oh yeah, absolutely, [tourist flights will go to orbit and back]," Jurczyk said at the time. "The challenge there will be, there’s only a small percent of the population that can afford that kind of flight."

Thankfully, while the transition itself might be unusual, NASA is well rehearsed when it comes to working remotely.

Take, for instance, the Mars Curiosity rover, which NASA engineers have been piloting from their homes after vacating NASA's Jet Propulsion Laboratory in California this spring.