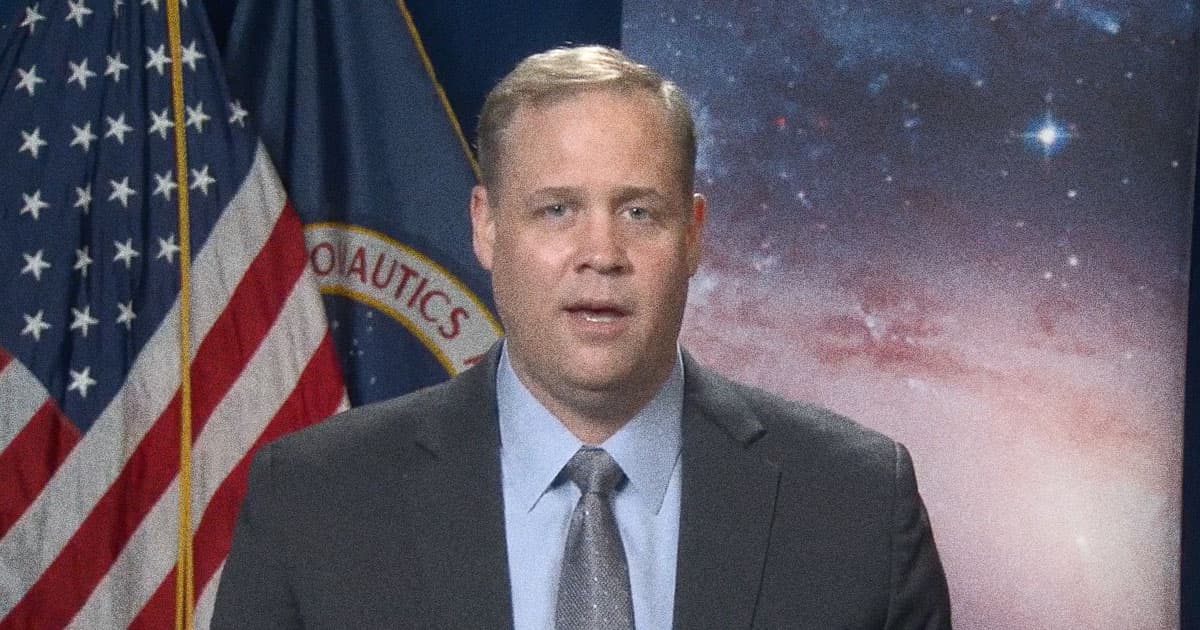 "This has been the job of a lifetime."

"This has been the job of a lifetime."

With Donald Trump out of the White House, Jim Bridenstine's tenure as NASA Administrator is over.

Bridenstine's time as NASA head included remarkable progress toward crewed exploration of the Moon and Mars, the culmination of long-brewing partnerships with other space agencies and private companies including SpaceX — and, perhaps most importantly, a surprising lack of the chaos perpetrated by other Trump appointees.

Now, Bridenstine tweeted an emotional goodbye video in which he thanked and congratulated his colleagues for the years they put into NASA and reiterated the importance of the space agency's long-term mission as it spans presidential administrations.

It has been my great honor to serve as your @NASA Administrator. I will miss the amazing NASA family and will forever be grateful for my time at this incredible agency. Ad astra. pic.twitter.com/Zba4MTawPV

In his goodbye video, Bridenstine emphasized the need to continue pursuing bipartisan support and public-private partnerships that will allow NASA to conduct important research and explore deeper into space.

But for now, it's not clear who will take up that mantle — as Ars Technica senior space editor Eric Berger noted on Twitter, many senior leadership positions at NASA remain empty.

After Bridenstine posted his farewell video, Roscosmos director general Dmitry Rogozin replied with a cordial goodbye that celebrated past and future cooperation between the U.S. and Russia — a drastically different tone from Rogozin's typical jabs against the American government and especially SpaceX.

"On behalf of the [Roscosmos] team, please accept my gratitude for the joint work," he wrote. "Space exploration has always been a dream and a difficult task for all humanity."

"This has been the job of a lifetime," Bridenstine said in the video, before briefly choking up.

"When a new team comes in, give 'em all your support," Bridenstine concluded. "Because they need it, they deserve it, and of course, what we're trying to do again, we're not only crossing multiple administrations but multi-decade and multi-generational. So, again, they'll have all my support and I hope they have all your support. So go get 'em, go NASA, ad astra."

More on Bridenstine: The Head of NASA Is Quitting After Trump Defeat