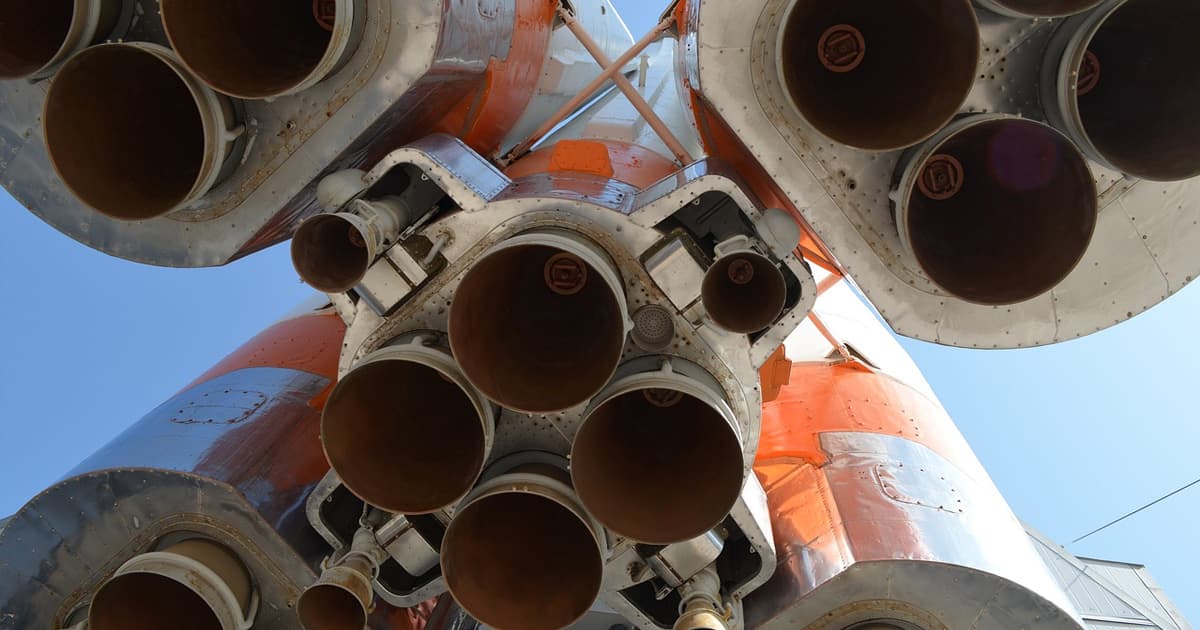 He says the sanctions are "illegal" and "stupid."

He says the sanctions are "illegal" and "stupid."

Once again, Dmitry Rogozin, the director general of Russia's Roscosmos space agency, is lashing out at the U.S. government.

On Monday, the U.S. Commerce Department raised economic sanctions against a long list of Chinese and Russian companies that have ties to their respective militaries, Ars Technica reports. Among them is the Progress Rocket Space Center in Samara, Russia, which makes the Soyuz rockets that astronauts and cosmonauts alike have ridden to the International Space Station for nearly a decade. Rogozin isn't thrilled about the burned bridge, calling the sanctions "illegal" and "stupid" — and in the process drawing attention to the shaky relationship between the two major space powers.

Rogozin seems to have taken the sanctions personally, doubling down on his 2014 comment that NASA may as well use a trampoline to send astronauts to space if it's going to cut ties with Roscosmos.

The "trampoline" comment, which SpaceX CEO Elon Musk not-so-subtly rubbed in Rogozin's face after SpaceX carried astronauts to the ISS in June, has become a common theme in Rogozin's frequent outbursts.

Rozogin argues that the U.S. government might not have thought through the notion of imposing sanctions on a company on which it relied for the better part of a decade.

"Now, it turns out that our American colleagues have their ‘trampoline working’ again, and the first thing they did is spit into the Samara well," Rogozin said about the sanctions, according to Ars. "Isn't it too early, colleagues, in case your ‘trampoline’ breaks again suddenly and you will have to satisfy your passion for space from our well again?"