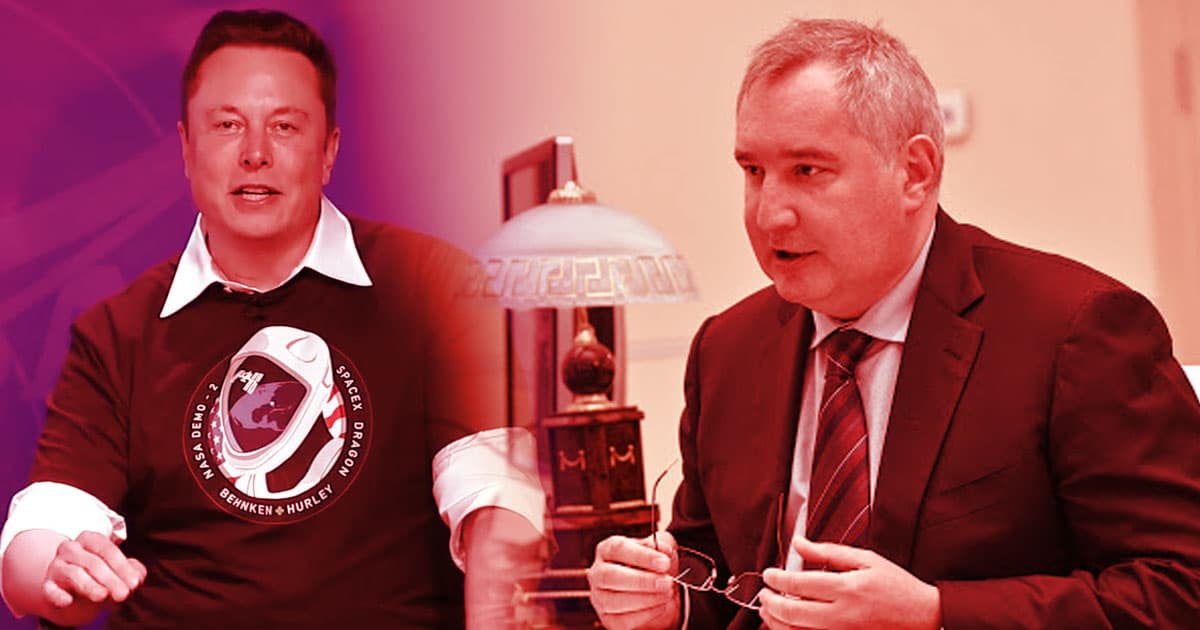 Except for occasional abrasive comments and other potshots, the relationship between NASA and the Russian space agency Roscosmos has remained relatively respectful even in the face of international tension between the two countries.

But if a news conference on Saturday is any indication, SpaceX CEO Elon Musk isn't playing nice.

First, some backstory. Back in 2014, Roscosmos chief Dmitry Rogozin, quipped that the US might as well "deliver its astronauts to the ISS by using a trampoline" — a reference to how the US had to rely on Russian spacecraft to launch astronauts into space since 2011.

But as of Saturday, NASA has a new and cheaper option: SpaceX. And Musk couldn't help but take a jab.

"The trampoline is working," Musk said during the conference, hours after his company's Crew Dragon spacecraft successfully carried two NASA astronauts into orbit.

Dmitry Rogozin in 2014: "US should use a trampoline to get into space" @elonmusk 2020: "The trampoline is working 🤣" pic.twitter.com/OKu4JF5i0M

"It's an inside joke," Musk added.

"We don't really understand the hysteria sparked by the successful launch of a Crew Dragon spacecraft," spokesman Vladimir Ustimenko. "What should have happened a long time ago happened."

Rogozin has previously accused SpaceX of unfairly undercutting the competition.

"Instead of honest competition on the market for space launches, they are lobbying for sanctions against us and use price dumping with impunity," Rogozin wrote in an April tweet.

Rogozin also said that his space agency is "is working to lower prices by more than 30 percent on launch services to increase our share on the international markets," which he framed as an "answer to dumping by American companies financed by the US budget."

To Musk, the reason why SpaceX could undercut the competition so significantly was simple.

"SpaceX rockets are 80% reusable, theirs are 0%," he wrote in an April tweet. "This is the actual problem."

Read This Next
Shot Well
Head of NASA Relieved to Hear Elon Musk Isn't REALLY Running SpaceX
Makeover Scene
Space Tourist Says He's Thinking About Flying SpaceX Craft Up to Fix Hubble
Grain of Salt
There's a Huge Problem With Elon Musk's Promise to Bring Starlink to Iran
Sluggo Mode
SpaceX Has a Major Problem With Its Starlink Internet Connections
Sabers Rattled
Russia Issues Veiled Threat to Shoot Down Pesky SpaceX Satellites
More on Off World
Grrrrrrrr
4:06 PM on the byte
Internet Erupts as NASA Spots Cartoon Bear on Surface of Mars
Gl1tc4
2:44 PM on the byte
NASA Says Another James Webb Instrument Has Suffered a Glitch
comet Spotting
2:06 PM on the byte
Behold! Dazzling Green Comet Approaches
READ MORE STORIES ABOUT / Off World
Keep up.
Subscribe to our daily newsletter to keep in touch with the subjects shaping our future.
+Social+Newsletter
TopicsAbout UsContact Us
Copyright ©, Camden Media Inc All Rights Reserved. See our User Agreement, Privacy Policy and Data Use Policy. The material on this site may not be reproduced, distributed, transmitted, cached or otherwise used, except with prior written permission of Futurism. Articles may contain affiliate links which enable us to share in the revenue of any purchases made.
Fonts by Typekit and Monotype.