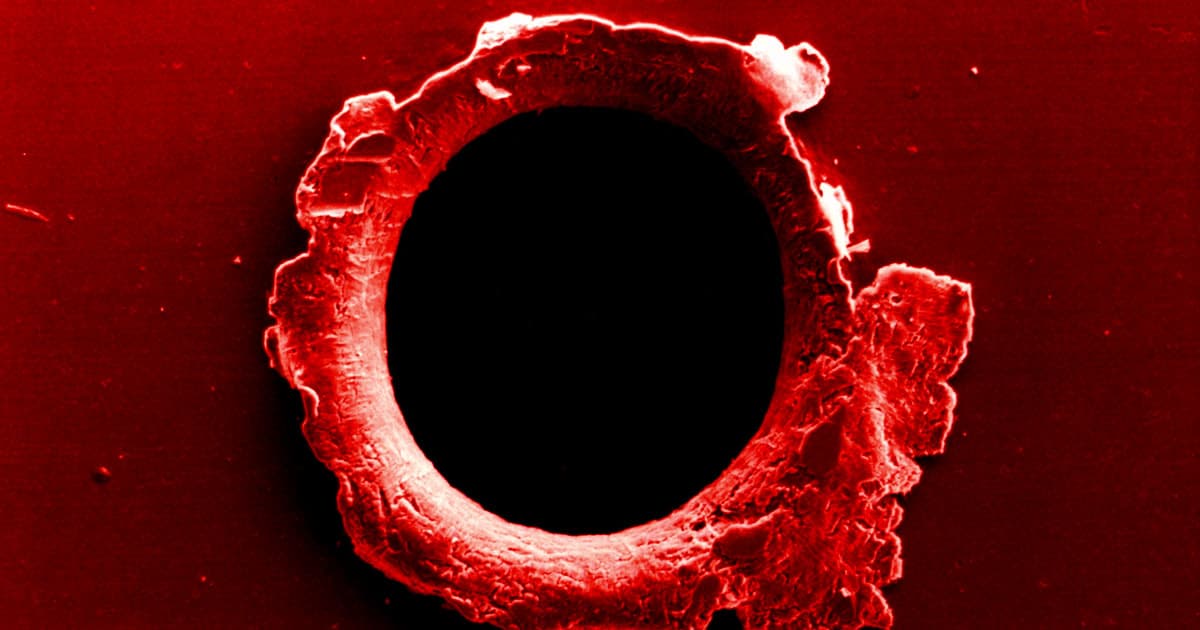 Russia: We Know Cause of Space Station Leak but Haven't Told NASA

NASA head: "[I]t is clearly not acceptable that there are holes in the International Space Station."

NASA head: "[I]t is clearly not acceptable that there are holes in the International Space Station."

In August 2018, flight controllers detected a tiny, easily-plugged hole in the International Space Station. Now, the head of Russia's space agency is claiming it has finally figured out the cause of the mysterious puncture — but it's keeping the information under wraps.

"We know exactly what happened, but we won't tell you anything," Roscosmos Director Dmitry Rogozin told attendees at a youth science conference, according to Russian state news agency RIA Novosti.

Young space enthusiasts aren't the only people Roscosmos isn't sharing the info with, either. It seems NASA — Russia's primary partner in the ISS — is still in the dark, too.

"They have not told me anything," NASA head Jim Bridenstine told the Houston Chronicle in reference to Roscosmos' claim. "I don't want to let one item set (the relationship) back, but it is clearly not acceptable that there are holes in the International Space Station."

Initially, officials assumed the hole was caused by a micrometeorite that punctured a compartment. But further investigation revealed that the hole appeared to have been caused by drilling from inside the capsule, prompting Rogozin to suggest it could have been an act of deliberate sabotage.

Whether that's the conclusion Russia ultimately reached or not, everyone involved in the ISS deserves to know what caused the hole — especially if it involved foul play.

READ MORE: Roscosmos Knows What Caused The Hole in The ISS, and NASA Wants Answers [ScienceAlert]

More on the ISS hole: Cosmonaut: Hole Was Drilled From Inside Space Station