Someone Drilled a Hole in the ISS. Was It A Mistake Or Sabotage?

The director of the Russian space authority noted there was evidence of "several attempts at drilling" with a "wavering hand." 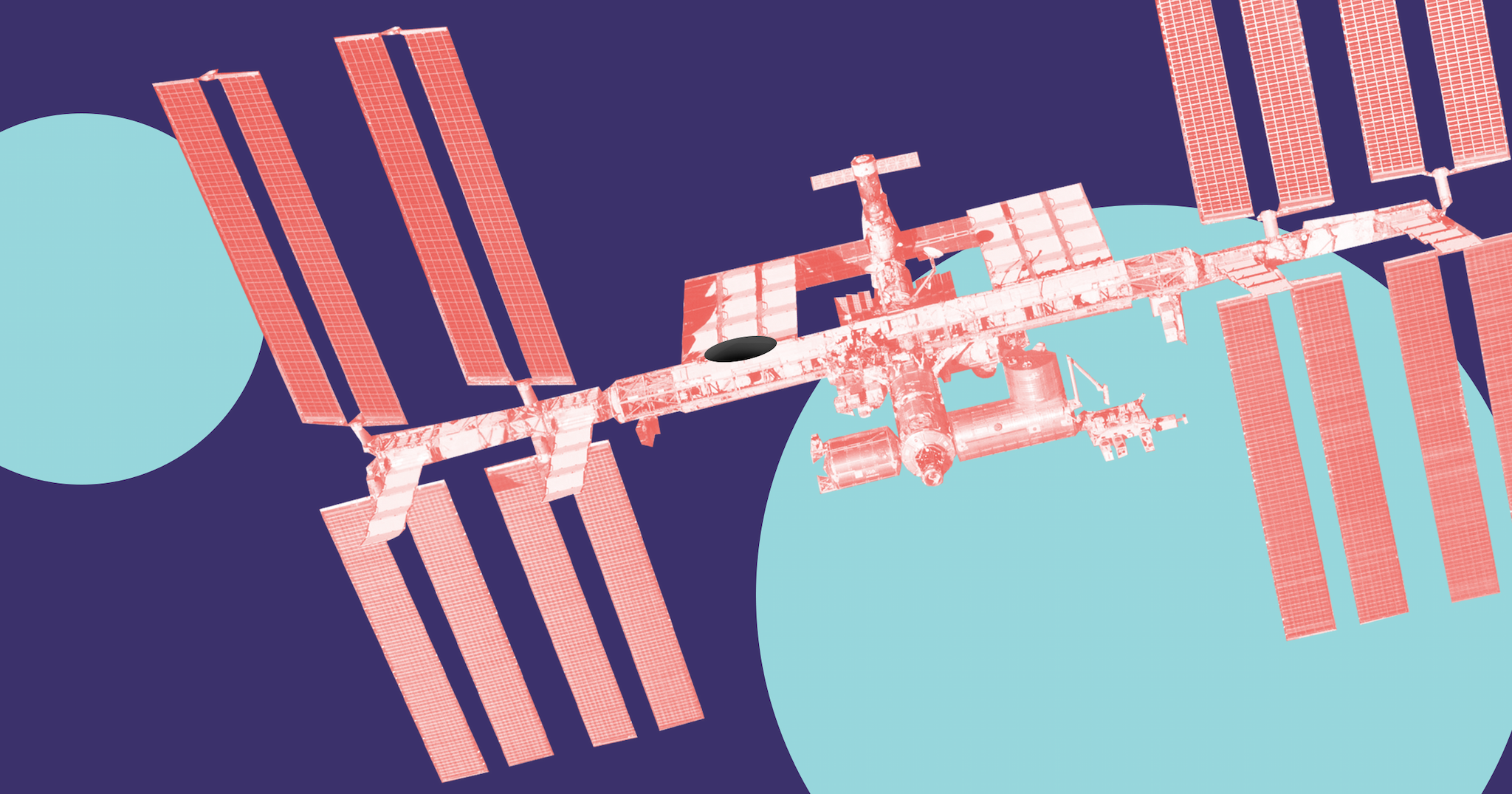 From cosmic radiation to space debris, everything in space is potentially dangerous and probably wants to kill you. Thankfully, quadruple-glazed windows keep astronauts aboard the International Space Station (ISS) safe from most of that. But threats coming from the inside — like, say, sabotage? Well, there's only so much you can do to protect people from that.

Granted, sabotage is pretty unlikely. Astronauts typically undergo extensive psychological background checks (and not to mention that anything that puts one member of the crew at risk probably wouldn't be too great for anyone else on board, either). But that's what Russia is suggesting — that ISS could have been sabotaged last week by a current crew member.

Early in the evening on August 29, while the Expedition 56 crew was sound asleep, ISS flight controllers in Houston and Moscow noticed that cabin pressure was dropping. They determined that there was a leak was on the Russian side of the orbital outpost (in a ship that brought astronauts to the ISS in June), but they didn't need to sound all the alarm bells and fix it immediately. The next morning, the astronauts patched up the two-millimeter hole. A little scary, but no real harm done.

Most of the time, it's pretty safe to assume that some sort of meteorite or space debris caused the leak, puncturing the side of the spacecraft from the outside. "The design engineers believe it is the result of a micrometeorite," Dmitry Rogozin, the Director General of Roscosmos, the Russian space agency, said Monday in a televised press conference.

And it's happened before. In 2016, British astronaut Tim Peake shared a photo showing what a tiny piece of space debris could do to the thick silica and borosilicate-glass windows of the space station. The 7-millimeter chip was likely caused by a "paint flake or small metal fragment no bigger than a few thousandths of a millimeter across," according to the European Space Agency. Larger debris could pose a bigger threat —something the size of a pea could disable a satellite or other critical flight instrument. Anything larger than a grapefruit? It could shatter a spacecraft.

But Rogozin scrapped the space debris theory. He now believes the damage was caused deliberately with a drill. He noted on Monday that there was evidence of "several attempts at drilling" with a "wavering hand."

Still, that doesn't necessarily scream sabotage. He gave the astronauts the benefit of the doubt — it could be a "production defect" from testing back on Earth, left there by some hasty employee?

The next steps are to check the Earth version of the craft. But Rogozin still isn't ruling out "deliberate interference in space." Former cosmonaut and current member of Russian parliament Maxim Surayev suggested that an astronaut may have drilled the hole in an attempt to sabotage the space station so that they'd be sent back to Earth.

Mental health on the ISS is something that NASA takes very seriously. Hallucinations and cabin fever are all too real. NASA has yet to see any behavioral emergencies — like, say, an act of violence — in space. But the agency does reportedly have a plan to neutralize an unhinged astronaut, should it become necessary (it involves duct tape, tranquilizers, and bungee cord).

As the investigation into the incident continues, let's hope they don't need to use it.

More about the ISS: SpaceX and Boeing Delays Could Cost NASA Access to the ISS

Read This Next
Monkey Business
China Plans to Send Monkeys to Space Station to Have Sex With Each Other
Overview Effect
William Shatner Says His Space Trip Left Him With a Feeling of Terrible Grief
God Shot
Astronaut Says He Had Religious Experience During Spacewalk
Don't let the door hit you
Elon Musk Lobs Casual Space Station Burn at Moscow
Pay Up
NASA Seeks Funding to Send Scientists to Space Station
More on Off World
Drama Bomb
Yesterday on the byte
European Space Agency Halts Plans to Send Astronauts to Chinese Space Station
Futurism
Yesterday on the byte
Asteroid Mining Startup About to Launch First Mission
Carry On, Wayward...
Yesterday on the byte
NASA Says Lucy Spacecraft Will Forge Ahead With Busted Solar Array
READ MORE STORIES ABOUT / Off World
Keep up.
Subscribe to our daily newsletter to keep in touch with the subjects shaping our future.
+Social+Newsletter
TopicsAbout UsContact Us
Copyright ©, Camden Media Inc All Rights Reserved. See our User Agreement, Privacy Policy and Data Use Policy. The material on this site may not be reproduced, distributed, transmitted, cached or otherwise used, except with prior written permission of Futurism. Articles may contain affiliate links which enable us to share in the revenue of any purchases made.
Fonts by Typekit and Monotype.