Cosmonaut: Hole Was Drilled From Inside Space Station

But he's not convinced it was drilled in space. 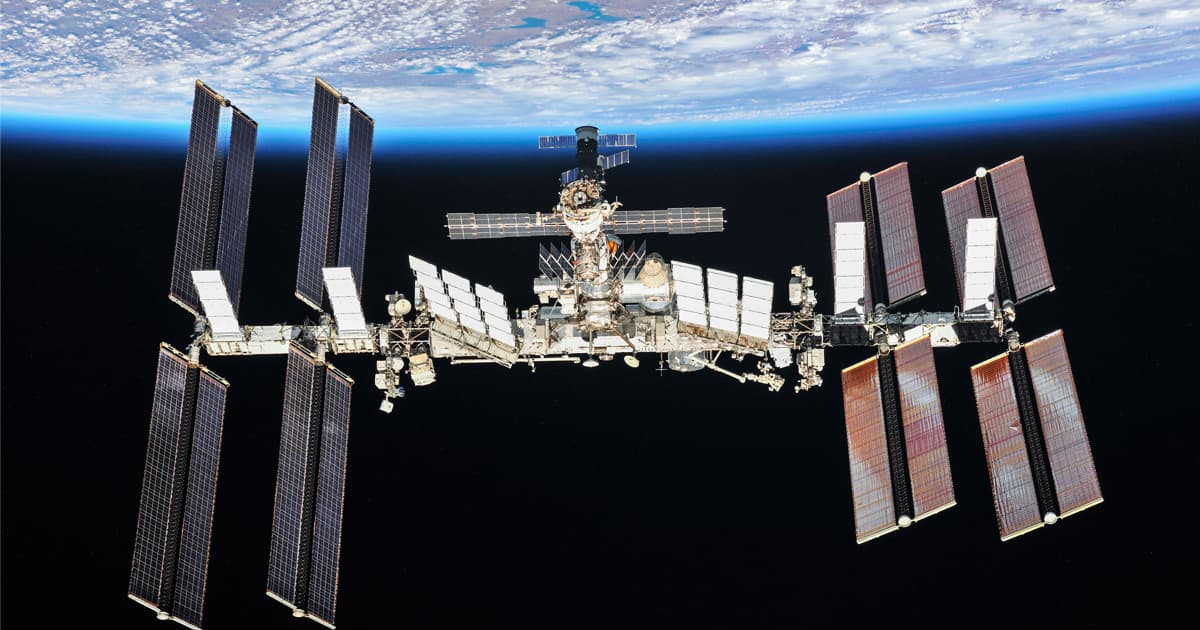 Back in August, the crew on the International Space Station (ISS) repaired a small leak that was allowing air to escape the orbiting outpost — damage that Russia speculated could have been the result of intentional sabotage.

Now, the Associated Press reports that a Russian cosmonaut who helped investigate the damage during a spacewalk earlier this month has said that whoever drilled the hole appeared to do so from the interior of the station — though he's far from convinced the drilling was an act of sabotage.

The controversy surrounding this hole has revealed that international tensions on Earth can reach outer space, which has long been a haven for international scientific cooperation — but the cosmonaut's comments are a heartening example of how public figures in the research community can push back against the use of space as a proxy battleground for terrestrial conflicts.

On Monday, the AP reported, cosmonaut Sergei Prokopyev — who took part in the spacewalk to investigate the damage — said at a press conference after returning to Earth that the hole appeared to originate from inside the capsule.

But Prokopyev also "scoffed" at the idea that an ISS crew member drilled the hole, according to the AP.

"You shouldn’t think so badly of our crew," he said. He also cautioned that "it’s up to the investigative organs to judge when that hole was made" — an apparent suggestion that the hole could have originated in a manufacturing facility on Earth.

When the leak was first discovered, Russia's space agency said the damage was probably caused by a micrometeorite. But in a startling about-face, the director of the agency suggested days later that the leak was the result of intentional sabotage — even specifically mentioning evidence of "several attempts at drilling" with a "wavering hand."

Prokopyev, though, is behaving like a scientist: reporting the facts, but withholding judgment until after the collection of all data — a comforting approach during an era characterized by knee-jerk reactions.

More on the ISS hole: Someone Drilled a Hole in the ISS. Was It a Mistake or Sabotage?

Read This Next
Monkey Business
China Plans to Send Monkeys to Space Station to Have Sex With Each Other
Overview Effect
William Shatner Says His Space Trip Left Him With a Feeling of Terrible Grief
Don't let the door hit you
Elon Musk Lobs Casual Space Station Burn at Moscow
Buh Bye
Russia Says It's Definitely Quitting the ISS But Doesn't Say When Exactly
Don't Let the Door Hit You
Russian Space Chief Leaving Post, May Be Headed to War Zone
More on Off World
Exoplanet Dance
Yesterday on the byte
Scientist Releases Amazing Video of Exoplanets Orbiting Distant Star
Space Junk News
Yesterday on the byte
Two Large Chunks of Space Debris Just Almost Collided in an Epic Disaster
Mars Drop
Yesterday on the byte
NASA's Mars Rover Perseverance Just Dropped Off Its Last Sample
READ MORE STORIES ABOUT / Off World
Keep up.
Subscribe to our daily newsletter to keep in touch with the subjects shaping our future.
+Social+Newsletter
TopicsAbout UsContact Us
Copyright ©, Camden Media Inc All Rights Reserved. See our User Agreement, Privacy Policy and Data Use Policy. The material on this site may not be reproduced, distributed, transmitted, cached or otherwise used, except with prior written permission of Futurism. Articles may contain affiliate links which enable us to share in the revenue of any purchases made.
Fonts by Typekit and Monotype.