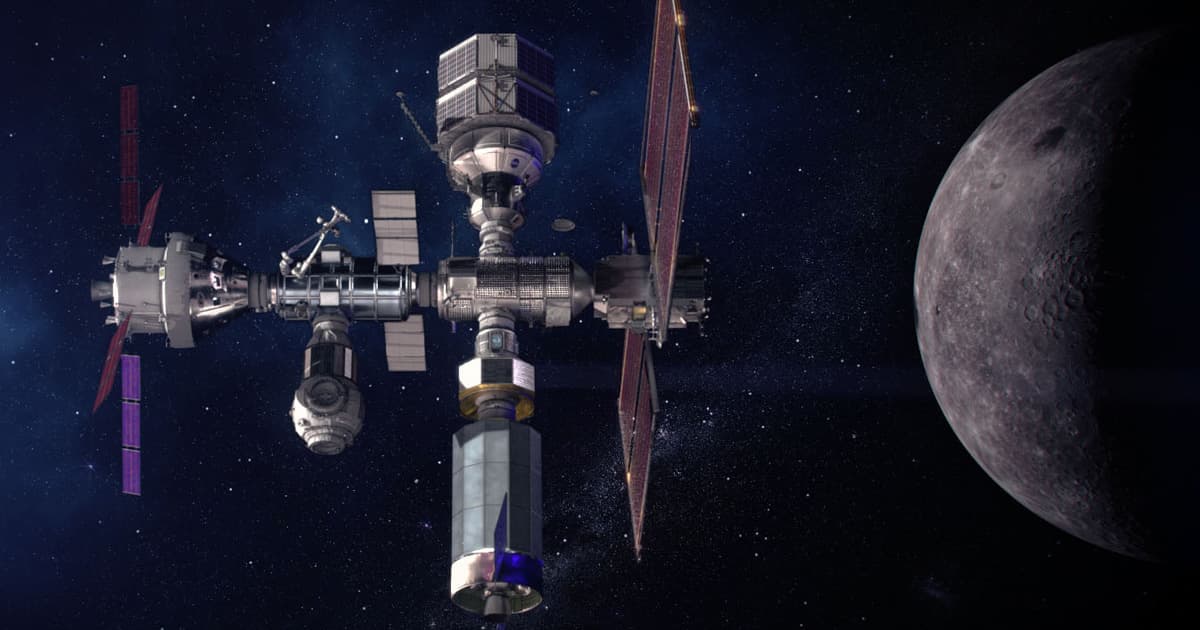 On Tuesday, NASA announced that it's formally partnered with the European Space Agency (ESA) to develop the Gateway, the space station it plans to launch into orbit around the Moon.

Moving forward, the Gateway station — which is meant to allow long-term lunar exploration by serving as a middle ground between space and the lunar surface — will be an international venture, according to a NASA press release. And after helping establish a human presence on and around the Moon, tantalizingly, the joint project could help both NASA and the ESA eventually reach Mars.

Construction on the Gateway space station could begin by 2022. NASA has already doled out tasks to contractors including SpaceX and Maxar Technologies, but now will share the remaining load with the ESA. The ESA has agreed to provide new modules for the Gateway and spacecraft that will travel to and from it, as well as improving lunar communications and a system to refuel the Gateway.

"In short order, we will move human spaceflight from beyond low-Earth orbit to the Moon for the first time since 1972," NASA Administrator Jim Bridenstine wrote in an agency blog post.

In his blog post, Bridenstine hinted that more international agreements supporting the Artemis program will be announced soon

"This partnership leverages the outstanding cooperation established by the International Space Station as we push forward to the Moon," Bridenstine said in the press release. "Gateway will continue to expand NASA’s cooperation with international partners like ESA, ensuring the Artemis program results in the safe and sustainable exploration of the Moon after the initial human lunar landing and beyond."