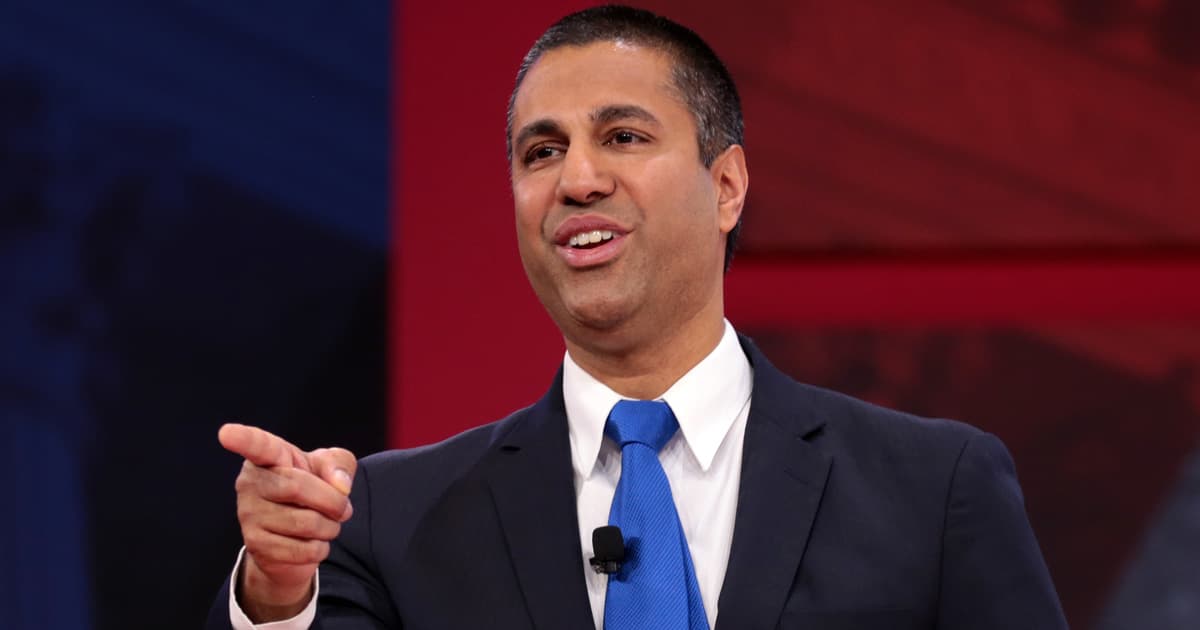 Net Neutrality Hater Ajit Pai Is Stepping Down From the FCC

He will not be missed by many.

He will not be missed by many.

"It has been the honor of a lifetime to serve at the Federal Communications Commission, including as Chairman of the FCC over the past four years," Pai said. "To be the first Asian-American to chair the FCC has been a particular privilege. As I often say: only in America."

Pai became the figurehead of the Trump administration's war on net neutrality — and as a result, one of the most hated men on the internet.

In other words, internet service providers were no longer bound to the principle that ensured all internet communications must be treated equally, meaning that companies with the means to do so could purchase "fast lanes" for their products.

Pai has also overseen the suspension of several participants from a program for low-income broadband subsides, as The New York Times reported in 2017, as well as an attempt to change how it handled consumer complaints with telecom carriers.

The chairman's announcement also could result in the agency reaching a Democratic majority sooner than expected, as CNBC reports.

More on Ajit Pai: Net Neutrality Is Officially Gone. Here’s How This Will Affect You.

This Is Your Mother Calling
The United States Says It's Finally Cracking Down on Robocalls
4. 14. 21
Read More
5G or 6G?
Trump's Campaign Team: Government Should Manage 5G Networks
3. 3. 19
Read More
Frankenstein's Monster
The Inventor of the Web Says It's Broken and Net Neutrality Can Fix It
11. 5. 18
Read More
+Social+Newsletter
TopicsAbout UsContact Us
Copyright ©, Camden Media Inc All Rights Reserved. See our User Agreement, Privacy Policy and Data Use Policy. The material on this site may not be reproduced, distributed, transmitted, cached or otherwise used, except with prior written permission of Futurism. Articles may contain affiliate links which enable us to share in the revenue of any purchases made.
Fonts by Typekit and Monotype.