The United States Says It's Finally Cracking Down on Robocalls

Is this the beginning of the end for robocalls? 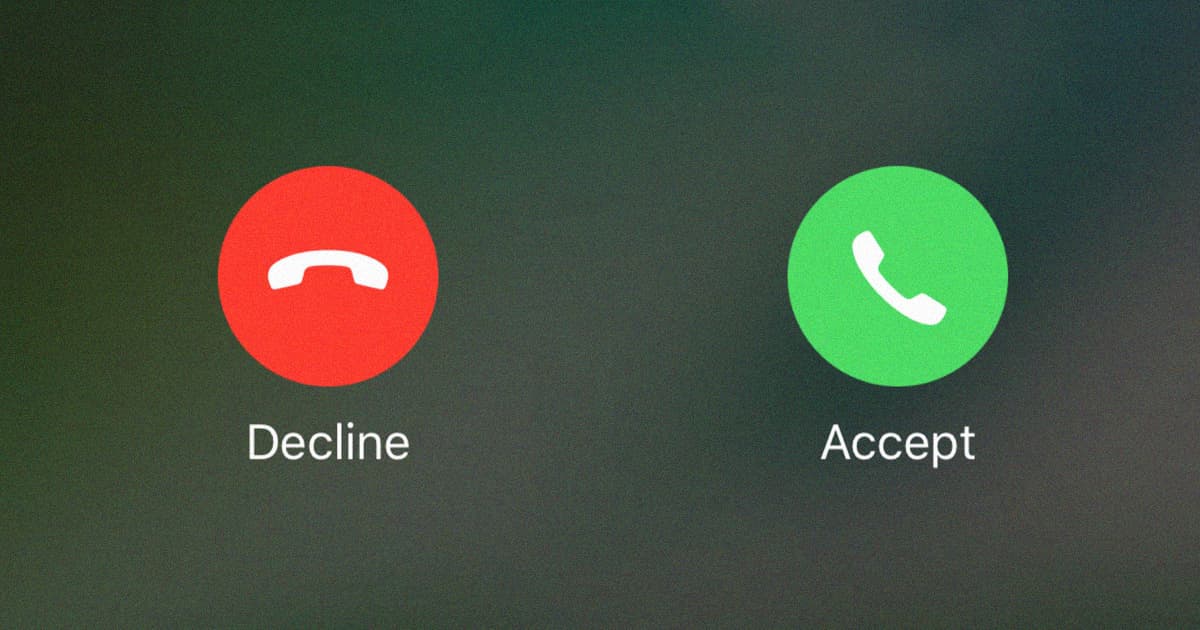 When was the last time you answered a call from an unknown number?

Robocalls have gotten incredibly bad in the US with untold millions of people plagued constantly by pesky calls from scammers.

So far, the Federal Communications Commission has arguably done little to make a dent in the number of automated calls Americans receive. According to the latest numbers, Americans were hit by almost 46 billion robocalls in 2020 alone.

Now, the FCC says it's finally taking action to push back against robocalls. In an announcement, the regulator asked cellular network operators to tell them about the free robocall blocking software they provide to consumers.

The FCC also revealed it had sent two cease-and-desist letters to robocall companies as well as implementing the Telephone Robocall Abuse Criminal Enforcement and Deterrence Act (TRACED Act), which was passed by Congress back in 2019.

That Act gives the FCC power to put a stop to "unwanted calls or text messages" from "unauthenticated" numbers by handing out fines and other penalties. The Act also acknowledges that scammers tend to skirt existing laws, and requires regulators to regularly report back to Congress, as The Register points out, to gauge the laws' effectiveness.

"No one wants more unwanted robocalls in their life," acting FCC chairwoman Jessica Rosenworcel said in the statement. "I’m proud that we continue to find new ways to use all the tools at our disposal to make it clear to illegal robocallers that their days are numbered."

Despite the issue being at the forefront of consumer complaints to the FCC, robocalls have only become an even bigger problem in recent years.

The Trump administration's FCC chair Ajit Pai, famously a former telecom executive himself, did little to tackle the issue during the last four years. With mounting pressure in 2019, Pai eventually made a big showing of using his power to "help consumers block unwanted robocalls," according to a press release at the time.

But his actions — or lack thereof — ended up being a letdown, with the FCC going as far as asking consumers to foot the bill for its anti-robocall initiatives.

It's still far too early to tell if the TRACED Act will motivate the FCC to start doling out fines and collecting them. But with a new commissioner ready to take over, the regulator has the opportunity to finally jump into action.

More on robocalls: Your Phone Carrier Can Now Automatically Block All Robocalls

Read This Next
Brands We Love
Stop Phone Scammers, Text Spammers, and Robocalls Once and for All With Uncall
5G or 6G?
Trump's Campaign Team: Government Should Manage 5G Networks
Futurism
Four Major Phone Carriers Just Did Something to Actually Protect Your Privacy
Futurism
Net Neutrality Is Officially Gone. Here's How This Will Affect You.
Futurism
Washington State Passes Law Protecting Net Neutrality
More on Future Society
Facebook Fumbles
4:31 PM on the byte
Facebook Leak: Metaverse So Glitchy Not Even Employees Use It
Intern Return
Yesterday on the byte
Oops! Facebook Tells Interns It Already Hired That It Can't Afford Them Anymore
Hard Science
Yesterday on the byte
Even Professional Scientists Think the Journal PNAS Has a Hilarious Name
READ MORE STORIES ABOUT / Future Society
Keep up.
Subscribe to our daily newsletter to keep in touch with the subjects shaping our future.
+Social+Newsletter
TopicsAbout UsContact Us
Copyright ©, Camden Media Inc All Rights Reserved. See our User Agreement, Privacy Policy and Data Use Policy. The material on this site may not be reproduced, distributed, transmitted, cached or otherwise used, except with prior written permission of Futurism. Articles may contain affiliate links which enable us to share in the revenue of any purchases made.
Fonts by Typekit and Monotype.