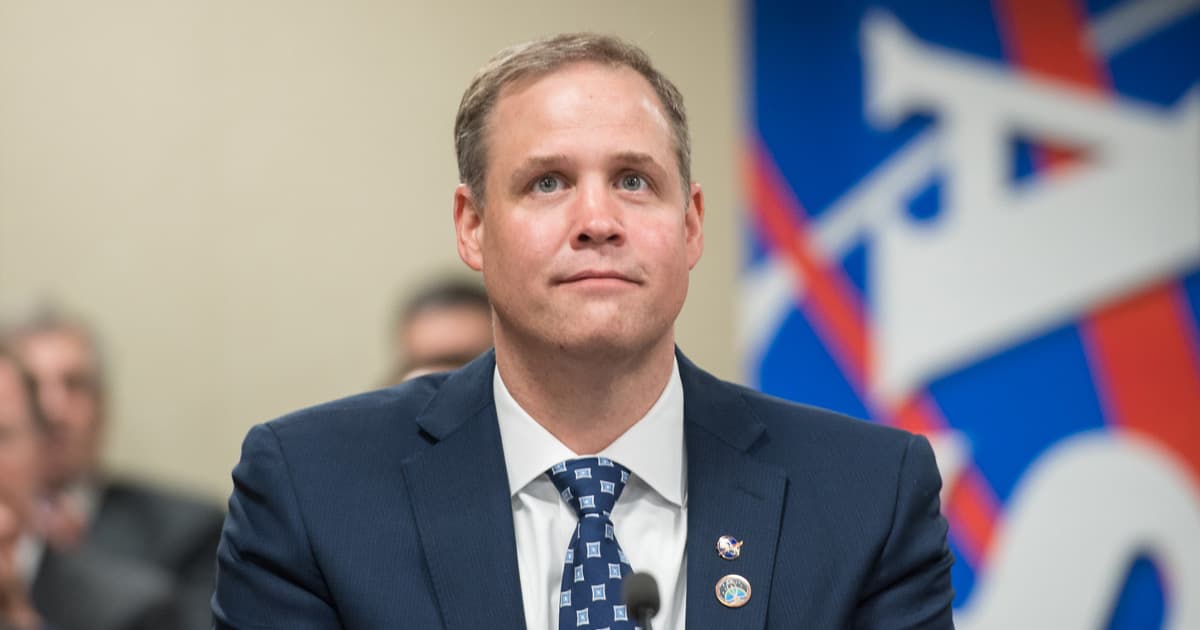 The Head of NASA Is Quitting After Trump Defeat

"I would not be the right person for that in a new administration."

"I would not be the right person for that in a new administration."

NASA Administrator Jim Bridenstine is planning to step aside once president-elect Joe Biden takes over, according to Aviation Week.

"For that, what you need is somebody who has a close relationship with the president of the United States," he added, noting that some key figures would need to be "trusted by the administration," and that he would not "be the right person for that in a new administration."

Bridenstine became NASA administrator back in 2018 after serving as a Republican representative for Oklahoma.

During his relatively short tenure, key public-private industry ties have blossomed into significant advancements in the agency's plans to return astronauts to the Moon.

In fact, on Saturday, the agency is planning to send the first ever operational crew to the International Space Station aboard a SpaceX Crew Dragon spacecraft.

"There is a political agreement that America needs to do big things in space exploration, that we need to lead the world," Bridenstine told Aviation Week. "There have been lessons learned from the past, and I think Congress is in a good position to make sure that we have sustainable programs going forward."

It's still far too  early to talk about who his successor will be.

"This has been the greatest experience of my life by far, and I'm so grateful for it," he said in the Aviation Week piece. "But I am under no illusions. There are a lot of people that can do great work as the NASA administrator."

Burning Bridges
Elon Musk Says He Can't Give Free Starlink to Ukraine Anymore After Officials There Were Mean to Him
10. 14. 22
Read More
Musk v. USA
Elon Musk Furious That the Government Isn't Giving Him More Free Money
9. 13. 22
Read More
No Scope
People Are Furious at Space Telescope's Homophobic Name Again
7. 13. 22
Read More
+Social+Newsletter
TopicsAbout UsContact Us
Copyright ©, Camden Media Inc All Rights Reserved. See our User Agreement, Privacy Policy and Data Use Policy. The material on this site may not be reproduced, distributed, transmitted, cached or otherwise used, except with prior written permission of Futurism. Articles may contain affiliate links which enable us to share in the revenue of any purchases made.
Fonts by Typekit and Monotype.