It's an excruciating watch. 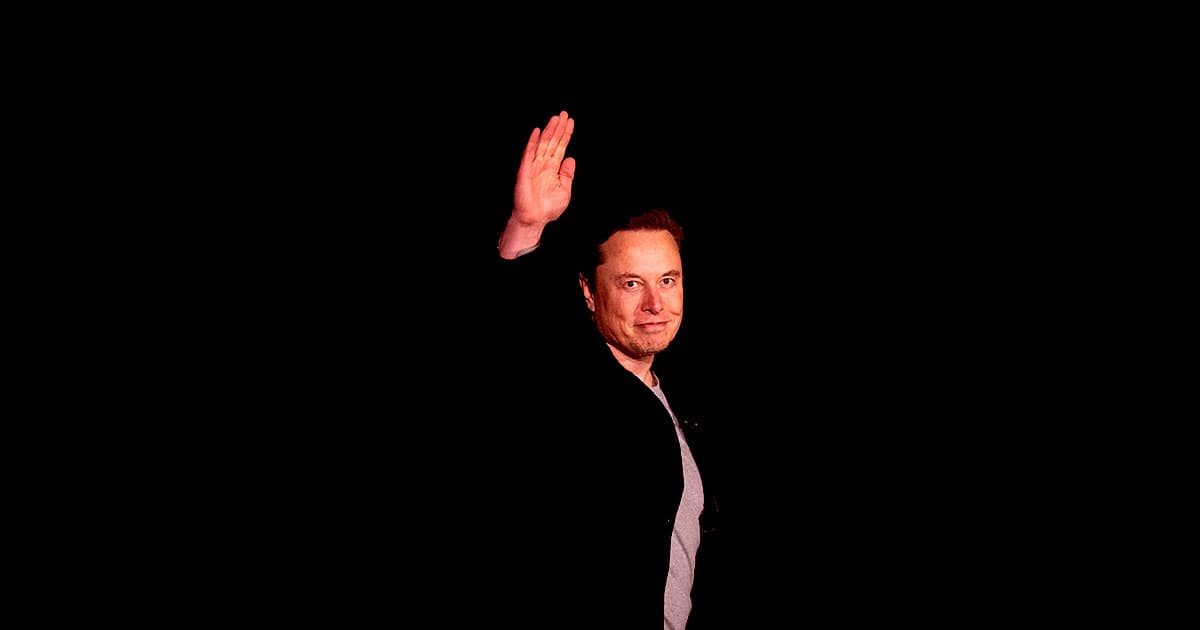 SpaceX and Tesla CEO Elon Musk got booed by thousands of people at a Dave Chappelle show in San Francisco on Sunday night — which isn't exactly surprising, considering that he's been relentlessly courting controversy like it was going out of style.

A Twitter account that shared the clip was mysteriously deleted, but a clip later resurfaced on YouTube. It shows Chappelle introducing the "richest man in the world," followed by an uproar of boos and jeers.

"You weren't expecting this," Musk awkwardly observed to Chappelle on stage, as the heckling continued.

"Sounds like some of the people you fired are in the audience," Chappelle rejoined.

The rest of the billionaire CEO's five-minute appearance — a brutally long time in the face of the crowd's clear displeasure — was spent as attendees taunted him almost non-stop.

As sound engineers seemed to try to ineffectively salvage the appearance by honking a horn, Musk made the situation unbearably more cringe when he attempted to invoke a classic Chappelle Show sketch.

"I'm rich, bitch!" he yelled, as the ridicule continued.

Elon Musk shouting "I'm rich, bitch," while the sound people at Chappelle's show honk a horn to drown out the boos from the crowd is one of the saddest videos I've ever seen. https://t.co/tJHFRhKU3w pic.twitter.com/SeeLSZG93h

In short, the staggeringly uncomfortable appearance demonstrates Musk has clearly fallen out of favor in San Francisco, a liberal city he later mostly abandoned for Texas.

But the sheer fact that Chappelle's fans, who paid to see a man who has made a name for himself for making transphobic and anti-semitic jokes, aren't on the side of Musk — who has made plenty of transphobic jokes himself — is still somehow surprising.

Musk's appearance came just hours after he tweeted that his "pronouns are Prosecute/Fauci," a preposterous utterance seemingly designed to start a flame war and draw attention to himself yet again.

Attendees were taken aback by the spectacle.

"Was at the Dave Chapelle show at SF tonight and who comes on but Elon Musk!" wrote one member of the crowd. "A good 80 percent of the stadium boos," they added, "and he withers. Like absolutely turns into a corncob."

The morning after his disastrous appearance, Musk tried to save face with the eyebrow-raising argument that "technically, it was 90 percent cheers and ten percent boos (except during quiet periods)."

Despite acknowledging that it's still "a lot of boos, which is a first for me in real life (frequent on Twitter)," Musk doubled down by alienating San Francisco residents even further.

"It’s almost as if I’ve offended SF’s unhinged leftists... but nahhh," he added.

Musk has given the fans plenty of other reasons to boo him off the stage, from making personal attacks to being perhaps one of the worst bosses in recent history.

His chaotic takeover of Twitter, as well as his incessant tweeting designed to start arguments and cause hurt are clearly leaving a permanent mark on Musk's once-stellar reputation.

The CEO has formed a $44 billion protective bubble around himself, shielding him from anybody willing to speak out against — or publicly boo — him.

But outside of that bubble, reality looks quite different.

"Elon Musk not knowing what to do when thousands of people boo him is the reason he bought Twitter," TV writer Mike Drucker tweeted.