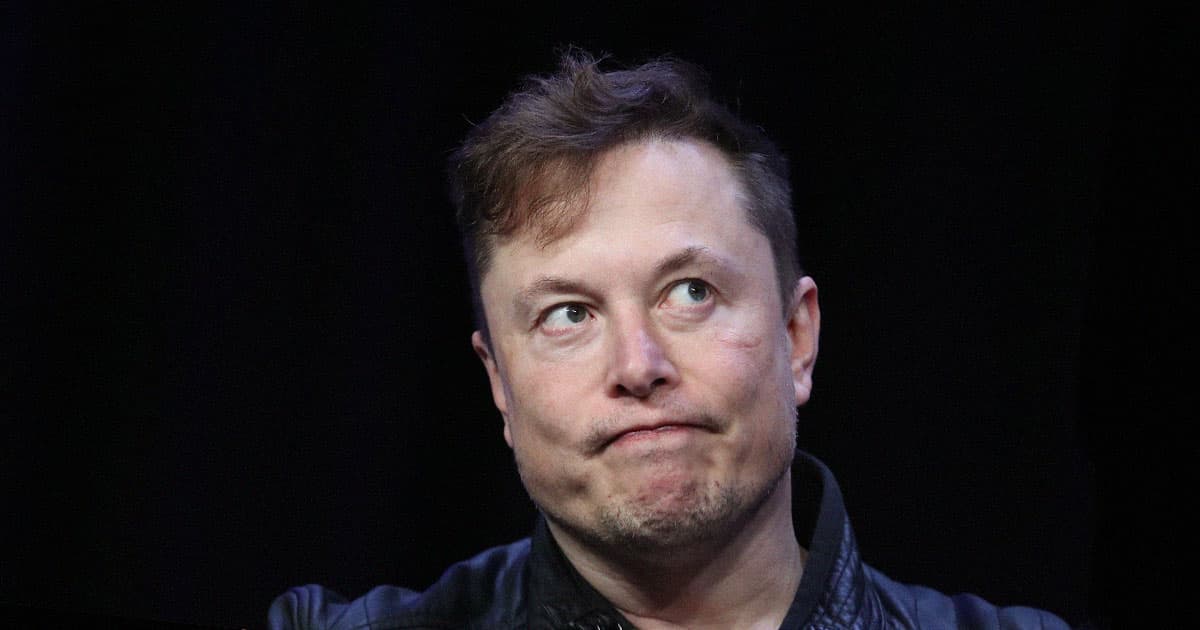 Earlier this week, the billionaire CEO sent an email to staff telling them that they "need to be extremely hardcore" and work long hours at the office, or quit and get three months severance, as The Washington Post reports.

Employees had until 5 pm on Thursday to click "yes" and be part of Twitter moving forward or take the money and part ways. The problem for Musk? According to former Uber engineer Gergely Orosz, who has had a close ear to Twitter's recent inner turmoil, "far fewer than expected [developers] hit 'yes.'"

So many employees called Musk's bluff, Orosz says, that Musk is now "having meetings with top engineers to convince them to stay," in an  embarrassing reversal of his public-facing bravado earlier this week.

Twitter has already been rocked by mass layoffs, cutting the workforce roughly in half. Instead of notifying them, employees had access to their email and work computers revoked without notice.

Even that process was bungled, too, with some employees immediately being asked to return to the company after Musk's crew realized it had sacked people it needed.

According to Orosz's estimations, Twitter's engineering workforce may have been cut by a whopping 90 percent in just three weeks.

Musk has been banging the war drums in an active attempt to weed out those who aren't willing to abide by his strict rules and those who were willing to stand up to him.

But developers aren't exactly embracing that kind of tyranny.

"Sounds like playing hardball does not work," Orosz said. "Of course it doesn't."

"From my larger group of 50 people, 10 are staying, 40 are taking the severance," one source reportedly told Orosz. "Elon set up meetings with a few who plan to quit."

In short, developers are running for the hills — and besides, they're likely to find far better work conditions pretty much anywhere else.

"I am not sure Elon realizes that, unlike rocket scientists, who have relatively few options to work at, [developers] with the experience of building Twitter only have better options than the conditions he outlines," Orosz argued.

Then there's the fact that Musk has publicly lashed out at engineers, mocking them and implying that they were leading him on.

Those who spoke out against him were summarily fired.

That kind of hostility in leadership — Musk has shown an astonishing lack of respect — clearly isn't sitting well with many developers, who have taken up his to get three months of severance and leave.

"I meant it when I called Elon's latest ultimatum the first truly positive thing about this Twitter saga," Orosz wrote. "Because finally, everyone who had enough of the BS and is not on a visa could finally quit."

Read This Next
Abso-Effing-Lutely
Free Speech Absolutist Elon Musk Discovers That Some Speech Is Unacceptable After All
Break Out in Hives
Twitter Competitor Shuts Down App When It Turns Out Hackers Can Read Users' Private Messages
Be Better
Elon Musk Reportedly Slashed the Team That Fights Child Sexual Abuse on Twitter
Head Like A Hole
Elon Musk's Crying About Trent Reznor Shows That He Is a Big, Big Baby
Secrets Secrets
Elon Musk Vigorously Denies That SBF Secretly Owns Part of Twitter
More on Future Society
Unorthodox Urinal
Yesterday on the byte
Scientists Say They've Figured Out the Ideal Urinal for Not Splashing Back
Might See Nonsense
Yesterday on futurism
MSN Fired Its Human Journalists and Replaced Them With AI That Started Publishing Fake News About Mermaids and Bigfoot
You OK?
Thursday on the byte
Mark Zuckerberg Tries to Explain Why the Metaverse Is Great, Gets Attack of the Hiccups Instead
READ MORE STORIES ABOUT / Future Society
Keep up.
Subscribe to our daily newsletter to keep in touch with the subjects shaping our future.
+Social+Newsletter
TopicsAbout UsContact Us
Copyright ©, Camden Media Inc All Rights Reserved. See our User Agreement, Privacy Policy and Data Use Policy. The material on this site may not be reproduced, distributed, transmitted, cached or otherwise used, except with prior written permission of Futurism. Articles may contain affiliate links which enable us to share in the revenue of any purchases made.
Fonts by Typekit and Monotype.