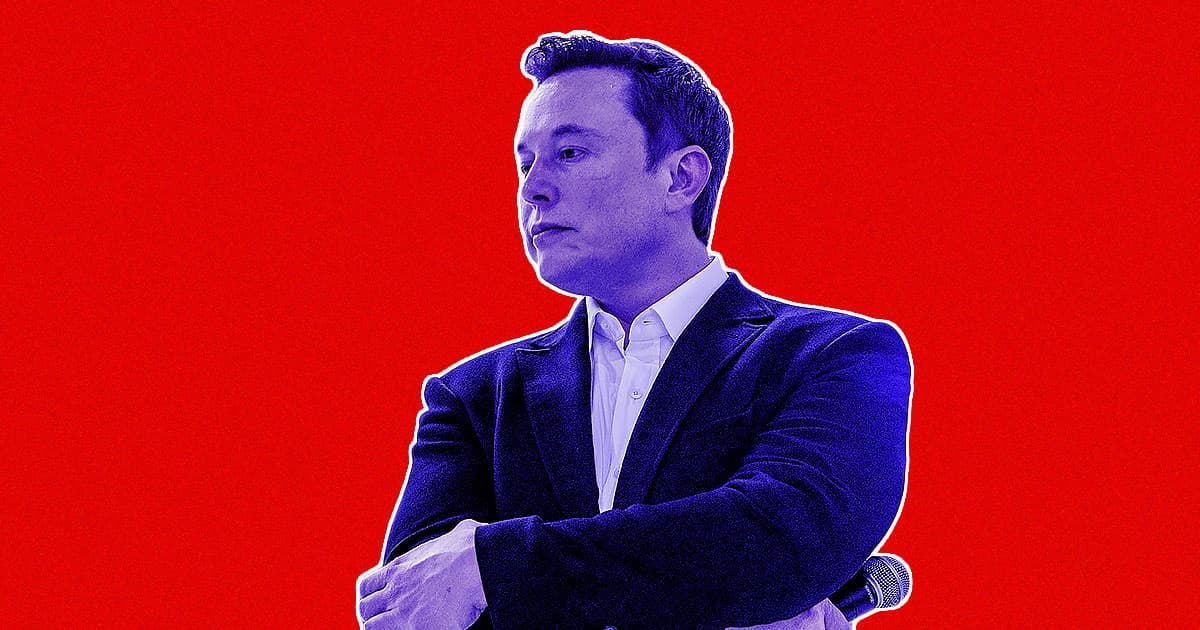 SpaceX and Tesla CEO Elon Musk calls himself a "free speech absolutist," but he's been systematically firing anyone who disagrees with him.

Musk, now the boss at Twitter, is reportedly sacking anybody who has criticized him on the social giant's Slack channels, Platformer's Casey Newton reports.

"We regret to inform you that your employment is terminated immediately," former employees were reportedly told over email. "Your recent behavior has violated company policy."

Musk took to Twitter after the firings to mock the terminated workers.

"I would like to apologize for firing these geniuses," he wrote. "Their immense talent will no doubt be of great use elsewhere."

We still don't know how many people have been affected by the change — Newton suggested it's around 20 so far — but it's yet another sign that Musk's efforts to dismantle the status quo at Twitter are well underway.

The news also underlines Musk's limited patience and surprisingly thin skin when it comes to anybody standing in his way.

That kind of tyrannical managerial style is clearly leaving a big mark on Twitter's work culture, which has been shaken to its core ever since Musk took over.

In fact, the most recent firings appear to be in direct violation of Twitter's own established culture.

"No internal codes of conduct have changed since Elon took over," he added. "So this is all out of the blue."

Musk has set an entirely new tone at the company, forcing employees to work from the office full time or quit. Meanwhile, Musk has taken it upon himself to work endless seven-day work weeks.

Many employees were clearly already looking for a way out.

"After 12 amazing years and three weeks of chaos, I’m officially fired by Twitter," one former employee, who pushed back on Musk's claim that Twitter's performance issues are due to bad code, wrote. "Never expected I would have stayed this long, and never expected I would be this relieved to be gone."

In short, Twitter is bleeding even more staff — which could indicate some rough weeks and months ahead for the company.

The news comes after roughly half of all Twitter employees were abruptly and unceremoniously terminated, with some being asked to come back just days later. Soon afterward, the company fired most of its contractors as well.

A significant number of high-level execs have also fled, leaving the company vulnerable to litigation and increased government scrutiny.

All told, a new day has dawned at Twitter and Musk is hellbent on weeding out those who don't agree with him and his leadership.

The likely outcome: Twitter will be run primarily by those who support him unconditionally.

And that shouldn't come as a surprise to anybody, given how Musk's other ventures are being run.

"One of the biggest risks of wealth/power is no longer having anyone around you who can push back, give candid feedback, suggest alternatives, or just simply let you know you're wrong," he wrote. "A shrinking worldview combined with intellectual isolation leads to out-of-touch shit."

Whether Musk's approach will allow Twitter to become a viable business in the long run — as of right now, the platform is a massive money pit for Musk — remains to be seen.

Twitter is bleeding a lot of talent, and may find itself with a significant infrastructural mess to clean up — a direct result of Musk's extreme leadership philosophy.

Read This Next
Head Like A Hole
Elon Musk's Crying About Trent Reznor Shows That He Is a Big, Big Baby
Secrets Secrets
Elon Musk Vigorously Denies That SBF Secretly Owns Part of Twitter
Good Time to Leave
Panicked Elon Musk Reportedly Begging Engineers Not to Leave
#NastyNasty
Elon Musk's Mom Pleads With Everyone to Stop Being So Mean to Her Perfect Boy
Musk 24/7
Sad Elon Musk Says He's Overwhelmed In Strange Interview After the Power Went Out
More on Future Society
Miserly Musk
Nov 22 on the byte
Cheapskate Elon Musk Refusing to Pay Bills at Twitter
Tesla Tank
Nov 22 on the byte
Elon Musk's Wealth Has Plummeted by Over $100 Billion This Year
Extremely Hardcore
Nov 18 on the byte
Elon Musk Locks Twitter Employees Out Office, Then Asks Them to Meet Him on the 10th Floor
READ MORE STORIES ABOUT / Future Society
Keep up.
Subscribe to our daily newsletter to keep in touch with the subjects shaping our future.
+Social+Newsletter
TopicsAbout UsContact Us
Copyright ©, Camden Media Inc All Rights Reserved. See our User Agreement, Privacy Policy and Data Use Policy. The material on this site may not be reproduced, distributed, transmitted, cached or otherwise used, except with prior written permission of Futurism. Articles may contain affiliate links which enable us to share in the revenue of any purchases made.
Fonts by Typekit and Monotype.