"The hard truth is that he is straight-up alone right now and winging this." 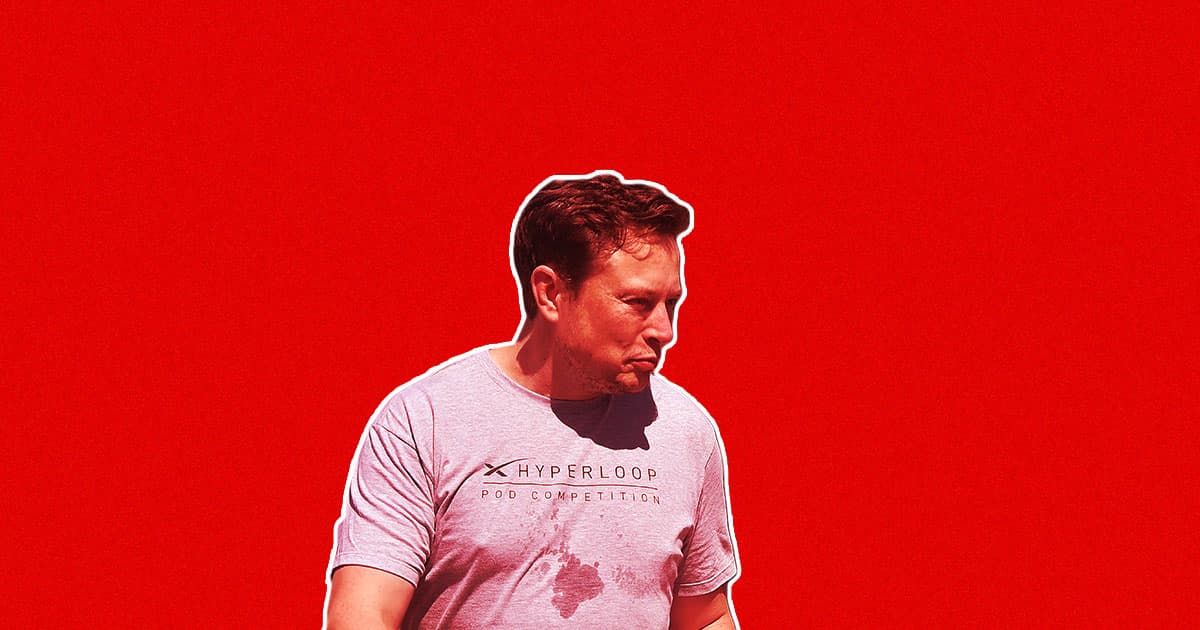 SpaceX and Tesla CEO Elon Musk's takeover of Twitter has so far been a near-total disaster.

The entire operation is in shambles, with employees — who either survived a massive round of layoffs or were asked to return to work after being fired — desperately trying to make sense of the situation.

At the center of the mayhem is Musk, who' reportedly coming up with new ideas on the fly, often without informing anybody of his plans. Over the weekend, for instance, he implemented a new policy banning users for "impersonating" others — despite having previously declared that "comedy is now legal" on the site.

Sure, it's now up to Musk to set the rules and figure out how to enforce them. After all, he's the official judge, jury, and executioner of Twitter now.

The billionaire CEO simply has nobody to answer to, Sacca wrote, which has been his modus operandi for a while now.

In short, Sacca argued, Musk is surrounded himself by people who just agree with him, even when his ideas are bad.

"One of the biggest risks of wealth/power is no longer having anyone around you who can push back, give candid feedback, suggest alternatives, or just simply let you know you're wrong," he wrote. "A shrinking worldview combined with intellectual isolation leads to out-of-touch shit."

"I've known Elon a long time," Sacca added. "I've admired his thinking and ambition," adding that Musk's "success to date is not an accident."

Yet things have turned for the worse recently.

"But I've recently watched those around him become increasingly sycophantic and opportunistic," the venture capitalist argued. "Simply put, agreeing with him is easier, and there is more financial and social upside."

Sacca argued that Musk is clearly not understanding Twitter's challenges, and that the company's "core issues just can't be reduced to black and white."

"They are gray AF," he argued, adding that they have very little in common with "batteries and motors and rockets and tunnels and solar panels," which have clearer solutions.

The problem is, Sacca claimed, Musk "is alone. He has plenty of 'pals' and is the life of parties and dinners. But the hard truth is that he is straight-up alone right now and winging this."

And that could be a problem with a problem as thorny as running Twitter.

"We all need people around us to push back," Sacca tweeted. "To say no. To call bullshit."

The thread makes an interesting juxtaposition with an anecdote that emerged from former Twitter engineer Steve Krenzel, who wrote this week about a time he was pushed to develop an unethical project for an advertiser, but complained directly to then-CEO Jack Dorsey, who made sure the project didn't actually go forward.

Sacca argued that somebody near Elon will have to "speak some truth to power and complement his bold and ambitious instincts with desperately needed nuance."

That's easier said than done. Musk has a long history of quashing dissent.

Whether he will be able to turn things around and keep Twitter on life support as advertisers pull out in droves remains to be seen.

Meanwhile, Musk has chosen the moment to post ill-advised and crude memes, poking fun at rivals.

It's a sad state of affairs: the walls are starting to come down at Twitter — while its commander-in-chief keeps lobbing grenades.

Read This Next
Head Like A Hole
Elon Musk's Crying About Trent Reznor Shows That He Is a Big, Big Baby
Secrets Secrets
Elon Musk Vigorously Denies That SBF Secretly Owns Part of Twitter
Good Time to Leave
Panicked Elon Musk Reportedly Begging Engineers Not to Leave
#NastyNasty
Elon Musk's Mom Pleads With Everyone to Stop Being So Mean to Her Perfect Boy
You're Fired
Elon Musk Is Mass-Firing Employees Who Dared Criticize Him in Slack
More on Future Society
Scammers Scam On
3:42 PM on futurism
The Fyre Fest Guy Is Off House Arrest and of Course His New Scheme Involves the Metaverse and Crypto
Woof Woof
Yesterday on the byte
Startup Unveils Videogame for Dogs
Musk's Guns
Monday on the byte
We Are Alarmed by Every Detail of Elon Musk's Bedside Table
READ MORE STORIES ABOUT / Future Society
Keep up.
Subscribe to our daily newsletter to keep in touch with the subjects shaping our future.
+Social+Newsletter
TopicsAbout UsContact Us
Copyright ©, Camden Media Inc All Rights Reserved. See our User Agreement, Privacy Policy and Data Use Policy. The material on this site may not be reproduced, distributed, transmitted, cached or otherwise used, except with prior written permission of Futurism. Articles may contain affiliate links which enable us to share in the revenue of any purchases made.
Fonts by Typekit and Monotype.