"I have too much work on my plate, that is for sure." 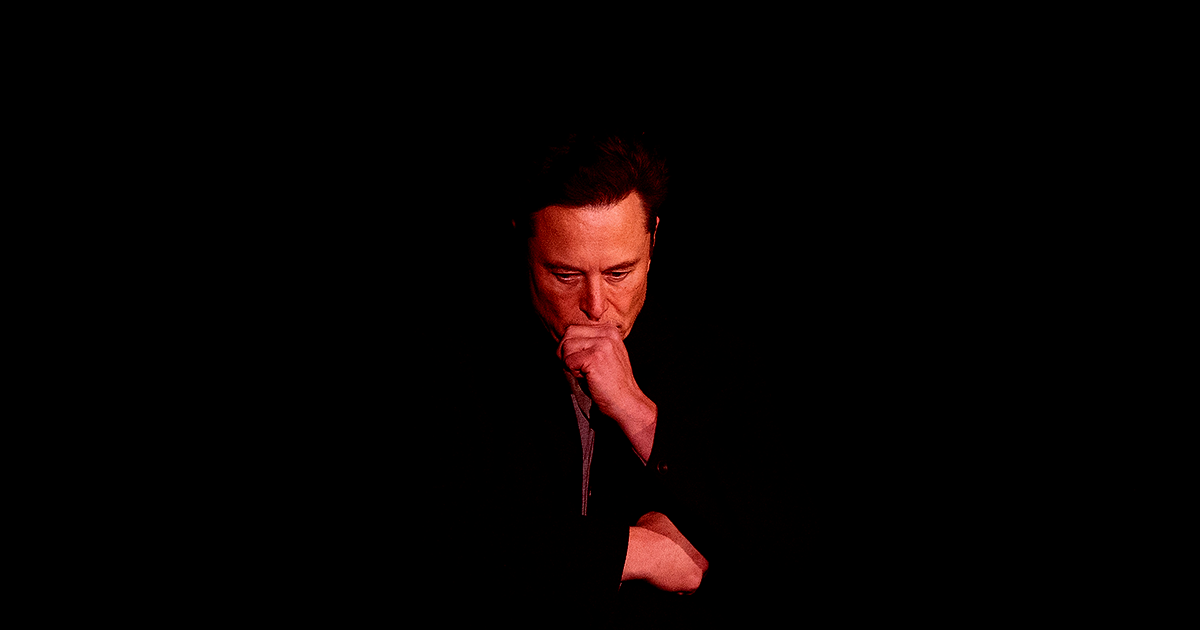 Back in 2018, Musk famously slept on the couch at Tesla's factory in Fremont, a purported attempt to turn the company around during a time of crisis.

And Twitter, as expected, is turning into a major nightmare as well. That means Musk is now even busier than he already was — pressure that's clearly getting to him.

"I have too much work on my plate, that is for sure," Musk said during the B20 conference in Indonesia today, as quoted by CBS News, adding that he is "really working at the absolute most amount that I can work, from morning 'til night, seven days a week."

Meanwhile, Musk, who was appearing on video call, had the lights go out behind him as the power went out, the network reported, meaning his face was suddenly only being lit by the screen.

It's perhaps the perfect metaphor for a chaotic couple of weeks that have seen Musk desperately trying to keep the lights on at Twitter.

After moderator Anindya Bakrie, a wealthy Indonesian business figure, suggested Musk should just "jump on a plane and fly to Bali and hide a little or relax," Musk laughed, saying "that sounds fantastic, but my workload has recently increased quite a lot."

To be clear, while he may be trying to score some sympathy points here, Musk has nobody to blame but himself.

Back in April, the CEO made the bid to buy the company for $44 billion, before repeatedly trying to back out of the deal with increasingly desperate excuses.

Ever since taking over, Musk has thrown operations at the social media company into bedlam by firing half the staff and enacting abrupt policy changes.

A feature that let anybody buy a "verified" checkmark on the site — without actually verifying their identity — led to a wave of accounts impersonating everything from politicians to major brands.

Last week, Musk had to resort to selling off even more Tesla stock. Meanwhile, Twitter has amassed a colossal debt burden thanks to Musk borrowing tens of billions of dollars to finance his acquisition.

Musk's own management has also left a lot to be desired. Most of the new changes Musk has been trying to implement at Twitter have backfired.

And that's not even half of it — the richest man in the world has plenty of other burning fires that could be keeping him up at night these days.

After firing Twitter's security staff, Twitter has opened itself up to even more scams and hacks.

Then there's the Federal Trade Commission, which is closely watching the chaos unfurl.

The regulator already sent out a warning shot last week, with employees wondering if they will now become legally liable now that key Twitter executives had left on their own accord, effectively leaving staff to their own devices.

It's far from the first time Musk has spent sleepless nights trying to come up with ways to turn his businesses around.

During a conference last year, Musk recalled "some pretty tough life experiences," claiming that "Tesla’s probably responsible for two-thirds of all personal and professional pain combined."

Now that he's stretched himself even thinner by adding Twitter to his already lengthy list of business he controls, the pressure appears to be mounting further.

Twitter's problems, after all, have very little in common with the issues that were plaguing Tesla, which leads to a looming question: will Musk's tireless efforts actually pay off, or is this all grandstanding, a desperate move to buy himself more time?

The social media platform is clearly in a financially untenable situation right now, as Musk admitted himself during a staff meeting last week.

"We just definitely need to bring in more cash than we spend," Musk said during the meeting. "If we don’t do that and there’s a massive negative cash flow, then bankruptcy is not out of the question."

Musk isn't known to simply give up and walk away from a challenge, but the numbers certainly appear to be stacked against him in his quest to turn Twitter into a viable business — with or without a grueling work ethic.

More on Musk: Elon Musk Might Get Thrashed by Lawsuit From Heavy Metal Drummer