Elon Musk Might Get Thrashed by Lawsuit From Heavy Metal Drummer

Billions of dollars are potentially on the line. 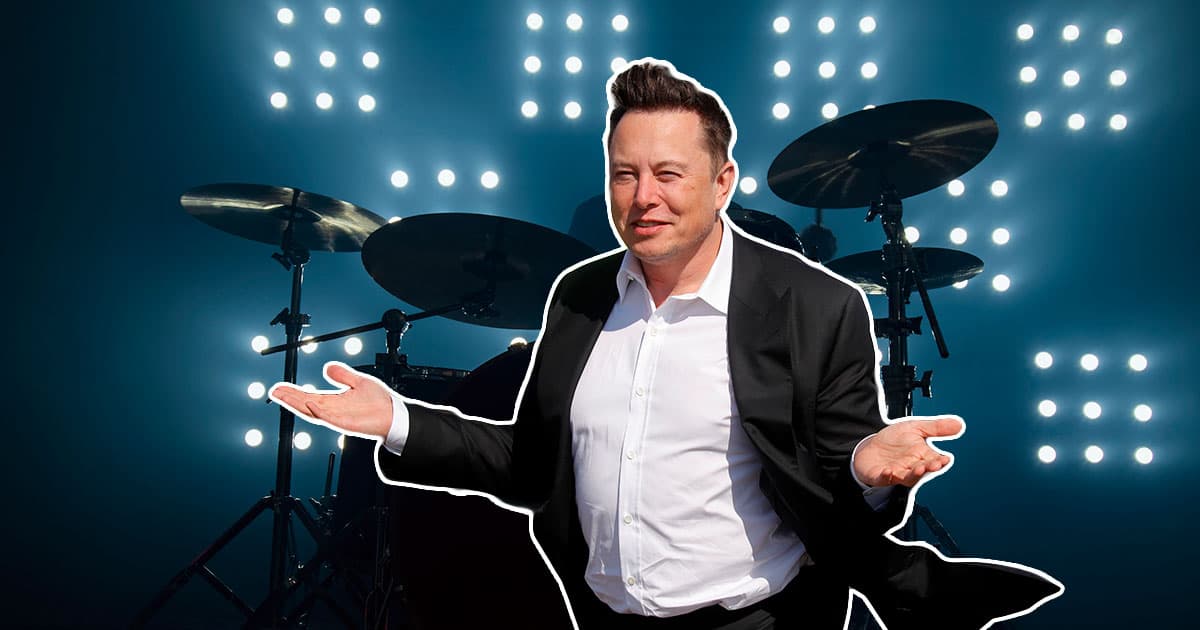 Tesla CEO Elon Musk's just might get shredded this time.

Richard Tornetta, a former metal drummer who made a small investment in Tesla, sued CEO Elon Musk and the company's board in what is called a "shareholder derivative lawsuit" back in 2018, Reuters reports.

The case survived a 2019 motion to dismiss and is set to kick off in a Delaware court on Monday — which will feature Musk's own testimony and Kathaleen McCormick, the same judge who oversaw his initial bid to get out of his chaotic Twitter deal.

If Tornetta were to win, Musk would have to rescind his 2018 stock grants pay package worth $55 billion, a potentially devastating blow, especially considering the fact that Musk has already been selling off appreciable amounts of Tesla stock to fund his acquisition of Twitter.

While these kinds of lawsuits are usually dismissed as "nuisance suits" by business groups, "this case looks different," as Jessica Erickson, a professor at University of Richmond School of Law, told Reuters.

Tornetta, who runs an aftermarket car parts company and used to drum for a now-defunct metal band called "Dawn of Correction," maintains Tesla's board had undisclosed conflicts.

His suit alleges that Musk came up with his own pay plan with help of with his former divorce attorney Todd Maron, who also happened to sit on Tesla's general counsel until late 2018, CNBC reported back in March.

Musk also allegedly set the bar too low for hitting 12 performance targets, as laid out in the 2018 stock grants plan. The plan allows Musk to buy one percent of Tesla stock at a significant discount for each met target.

So far, Tesla has hit 11 out of the 12 targets, according to Reuters, but Tornetta's lawyers argue that three of those goals had already been met when shareholders met to vote on the pay package, something they say wasn't properly disclosed.

Musk and his legal team maintain that the targets kept Musk on track during a difficult time, and eventually led to a massive rise in stock price.

"The plan designed and approved by the board was not a typical pay package intended to compensate the ordinary executive for overseeing the day-to-day operations of a mature company," Musk's attorney said during a pre-trial brief, as quoted by Bloomberg, arguing that the situation called for an extraordinary pay package.

For now, all we can do is wait and see whether the lawsuit will bang heads in court.

Read This Next
Head Like A Hole
Elon Musk's Crying About Trent Reznor Shows That He Is a Big, Big Baby
Secrets Secrets
Elon Musk Vigorously Denies That SBF Secretly Owns Part of Twitter
Good Time to Leave
Panicked Elon Musk Reportedly Begging Engineers Not to Leave
#NastyNasty
Elon Musk's Mom Pleads With Everyone to Stop Being So Mean to Her Perfect Boy
You're Fired
Elon Musk Is Mass-Firing Employees Who Dared Criticize Him in Slack
More on Future Society
Plug And Play
5:12 PM on the byte
The World Cup Is So High Tech That They Have to Charge the Balls
Scammers Scam On
3:42 PM on futurism
The Fyre Fest Guy Is Off House Arrest and of Course His New Scheme Involves the Metaverse and Crypto
Woof Woof
Yesterday on the byte
Startup Unveils Videogame for Dogs
READ MORE STORIES ABOUT / Future Society
Keep up.
Subscribe to our daily newsletter to keep in touch with the subjects shaping our future.
+Social+Newsletter
TopicsAbout UsContact Us
Copyright ©, Camden Media Inc All Rights Reserved. See our User Agreement, Privacy Policy and Data Use Policy. The material on this site may not be reproduced, distributed, transmitted, cached or otherwise used, except with prior written permission of Futurism. Articles may contain affiliate links which enable us to share in the revenue of any purchases made.
Fonts by Typekit and Monotype.