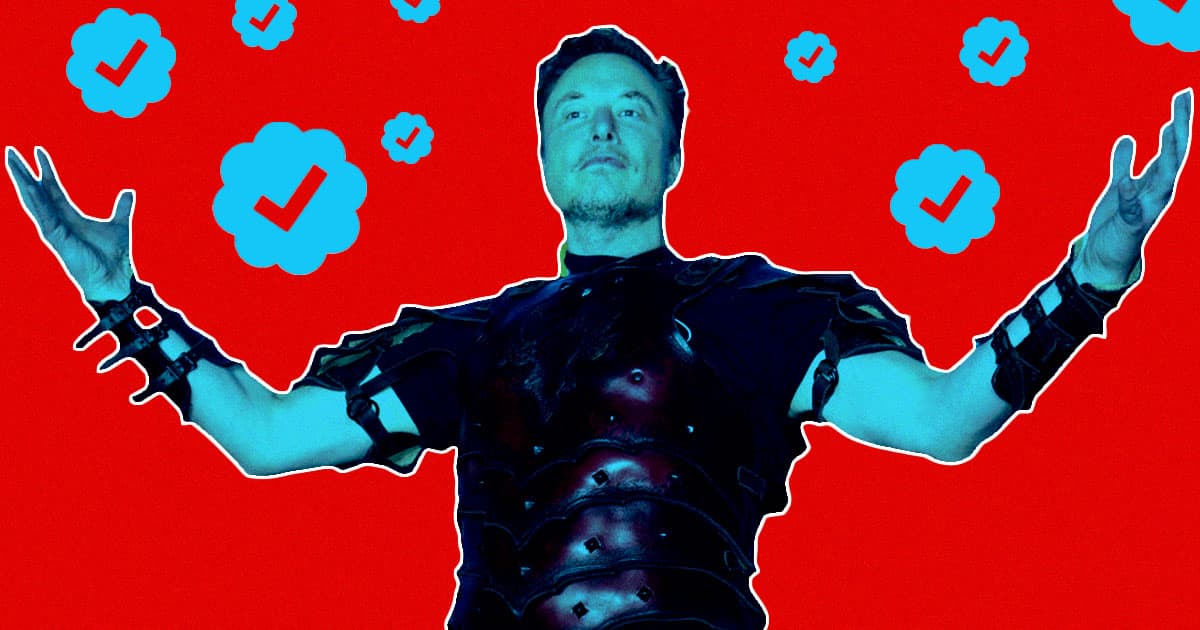 Well, if it isn't the consequences of his actions.

Ever since taking over Twitter, CEO Elon Musk has made an absolute mess of the platform. And now the billionaire's new verification system, which gives anyone a blue verification checkmark if they're willing to pony up $8 a month for Twitter Blue, is backfiring spectacularly — something that pretty much everybody saw coming.

Less than a day after its launch, the new checkmark, which looks identical to the old one, has already been used by countless users to impersonate high profile celebrities and politicians — as well, of course, as Musk himself.

The platform is awash with accounts impersonating the likes of Donald Trump, Rudy Giuliani, and LeBron James, and they're racking up thousands of favs and retweets before getting suspended.

In short, it's exactly the kind of thing that will alienate advertisers — historically Twitter's only real source of revenue — even further.

"Can't imagine why all the advertisers are pulling out of Twitter lmao," Bloomberg reporter Jason Schreier tweeted, with a screenshot of a verified but fake "Nintendo of America" account posting a picture of Mario raising his middle finger.

Meanwhile, Musk is watching with glee as the chaos unfolds.

While having silly impersonators take over Twitter doesn't exactly sound like the end of the world, there are more serious long-term implications for the platform — and the spread of misinformation online as a whole.

"This verification roll out is causing huge trust issues across the platform already," Rachel Tobac, a cybersecurity expert, told CNN.

Then there's the fact that allowing anybody to gain superficial credibility with a bought checkmark will only fuel exactly the kind of scams Musk has putatively declared war on.

Individual users are also being harassed left and right by impersonators.

In Twitter's defense, clicking the verification checkmark will inform users that the account has either paid Musk eight dollars or was "verified because it's notable in government, news, entertainment or another designated category."

But whether any serious numbers of users will actually have the digital literacy to go through the effort of checking an account's verification status before replying or retweeting is dubious.

It's only been just over a week, but Musk has already proven himself to be an astonishingly bad custodian of the social media platform.

And the next couple of weeks will likely be a wild ride as well. Musk is applying a rapidly iterative engineering methodology — which has arguably paid off in big ways for his other ventures like SpaceX — in his attempt to turn Twitter into a viable business.

In other words, he's throwing spaghetti at the wall right now and hoping something sticks.

"Please note that Twitter will do lots of dumb things in coming months," Musk admitted on Wednesday. "We will keep what works and change what doesn’t."

But the damage is already being done. Musk's short-sighted actions could end up leaving a permanent mark as more people turn away from Twitter as a reliable source of information.