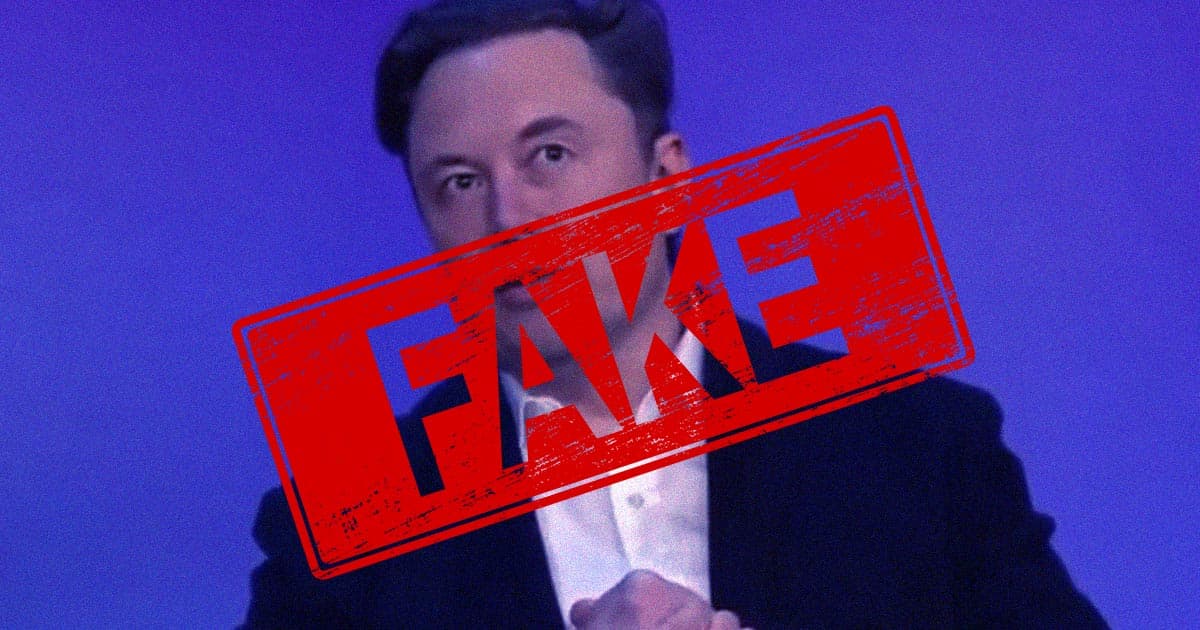 Elon Musk Alarmed by Deepfake of Him Endorsing Crypto Scam

A deepfaked video crypto scammers are using to convince their marks that SpaceX and Tesla CEO Elon Musk has started a new investment platform is just realistic enough to look super creepy — and it's even swindled a handful of people already.

A netizen posted the short clip online yesterday and tagged Musk, warning that the scam had gone viral already. The video is edited footage of a real interview Musk did, his mouth movements synced to a fake script. His overly-bright eyes roll around as the deepfake simitate Musk's voice and body language.

Although the videos are imperfect, they're still kind of working. BC says it found evidence of around $2,000 in deposits to the ersatz platform, but that it's possible even more has been taken.

It's unlikely the crypto space will ever be completely rid of scammers and hackers, and the news comes on the heels of yesterday's report that the most famous NFT artist got hacked and his followers got ripped off. That's all on top of a declining and unstable overall market.