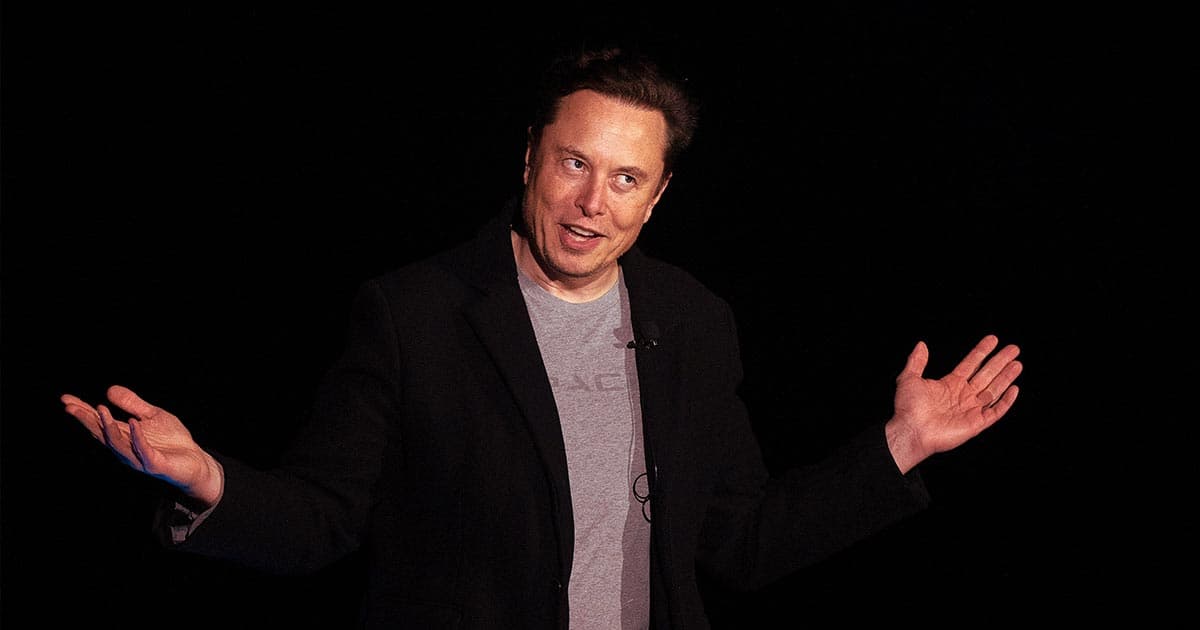 Investors are getting tired.

May 25
JIM WATSON/AFP via Getty Images

Investors are getting tired.

SpaceX CEO Elon Musk's deal to buy Twitter is casting a long shadow on his other much larger responsibility — Tesla.

Market experts weighed in this week on how Musk's seemingly crumbling deal to buy the social media platform is wreaking havoc on the electric car manufacturer's stock prices.

Combine a general market slump with Tesla's unique challenges and Musk's very public Twitter shenanigans, and you get what Wedbush analyst Dan Ives called a "circus show," something investors are getting tired of very quickly.

"Tesla investor patience is wearing very thin," Ives said of Twitter's shareholder meeting, as quoted by Forbes. "This [takeover] circus show has been a major overhang on Tesla's stock and has been a black eye for Musk so far."

As Forbes reports, Tesla stock fell seven percent this week, marking a nearly 49 percent fall since its all-time high back in November of 2021. More than $30 billion has been wiped from Tesla's market value since then.

Although the market could be in for a rough ride according to analysts, Tesla in particular is also struggling with COVID-19 lockdowns in Shanghai, reportedly forcing workers to sleep on the factory floor or even in old military camps.

The outlook is looking rather bleak right now and investors are rightfully worried Musk's messy takeover of Twitter could end up seriously hurting his car business.

But whether he will be able to right the ship and reassure investors remains to be seen.