"Personally, I believe the allegations to be false." 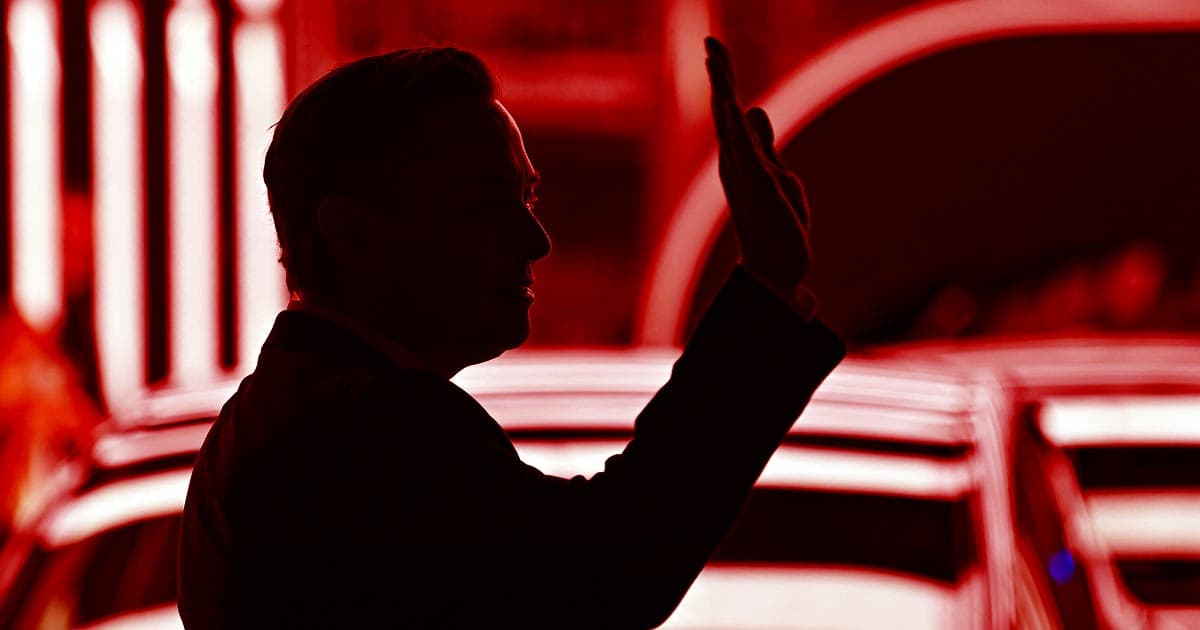 The president of SpaceX is claiming she's never seen or heard anything like the sexual misconduct allegations against CEO Elon Musk in the 20 years they've worked together.

In an email to employees at the rocket manufacturer obtained by CNBC, SpaceX President and COO Gwynne Shotwell said she believes the recently-reported accusations against Musk — that he paid for a flight attendant's silence after allegedly harassing and retaliating against her when she rebuffed his advances — aren't true.

"Personally, I believe the allegations to be false," Shotwell wrote in a company-wide email, "not because I work for Elon, but because I have worked closely with him for 20 years and never seen nor heard anything resembling these allegations."

Shotwell, notably, neither confirmed nor denied the $250,000 payment in the email.

According to Insider, the flight attendant was giving Musk a massage on a private SpaceX jet in 2016 when he exposed his erect penis to her, touched her without her consent, and told her he'd "buy her a horse" — an apparent reference to the woman's equestrian hobby — if she "did more." She refused, the friend said, and later had her shifts cut back in what she believed was retaliation for rebuffing the CEO's advances.

In 2018, the woman brought a sexual misconduct suit against Musk and SpaceX, which was, per Insider's reporting, settled out of court for $250,000 and an NDA. The flight attendant's friend signed a sworn declaration about the incident that the website also obtained.

In her email to SpaceX employees, Shotwell said that she "will never comment on any legal matters involving employment issues" and noted that Musk has also denied the allegations from the flight attendant, whose name has also not been released to the public. In response to Insider, Musk said the flight attendant's allegations are part of a "politically motivated hit piece," and on Twitter called the woman's friend a "liar."

"If I were inclined to engage in sexual harassment," Musk told the website, "this is unlikely to be the first time in my entire 30-year career that it comes to light."

It should be noted, however, that although this is the first accusation leveled against the SpaceX CEO himself, his companies have been known for their own sexual misconduct scandals.

Following the allegations last week, Musk flew to Brazil to meet with its fascist president and declared on Twitter that he had become a Republican. This whole saga, of course, ensued just after news broke that Musk was putting his bid to purchase Twitter on hold.

Read This Next
Work Culture
Former Tesla Manager Says Workers Will Actually Love Elon Musk's Tyrannical Email
Thanks Man!
After Sexual Allegations, Elon Musk Jets Off to Brazil
Wait Wait
Elon Musk Has a Ridiculous Excuse for Why He Suddenly Doesn't Want to Buy Twitter
Musk Gonna Musk
Experts Say That Elon Musk Has No Idea How Math Works
Market Madness
Bill Gates Says He's Quite Concerned About the Global Economy
More on Future Society
Go Time
Yesterday on the byte
Hackers Declare War on Anti-Abortion States
Watchful Eye
Jun 26 on the byte
Police in China Stalk Citizens With Surveillance That Predicts Future Crime
Apein' Around
Jun 26 on the byte
Eminem and Snoop Dogg Make Music Video Where They Appear as Their Bored Apes
READ MORE STORIES ABOUT / Future Society
Keep up.
Subscribe to our daily newsletter to keep in touch with the subjects shaping our future.
+Social+Newsletter
TopicsAbout UsContact Us
Copyright ©, Camden Media Inc All Rights Reserved. See our User Agreement, Privacy Policy and Data Use Policy. The material on this site may not be reproduced, distributed, transmitted, cached or otherwise used, except with prior written permission of Futurism. Fonts by Typekit and Monotype.