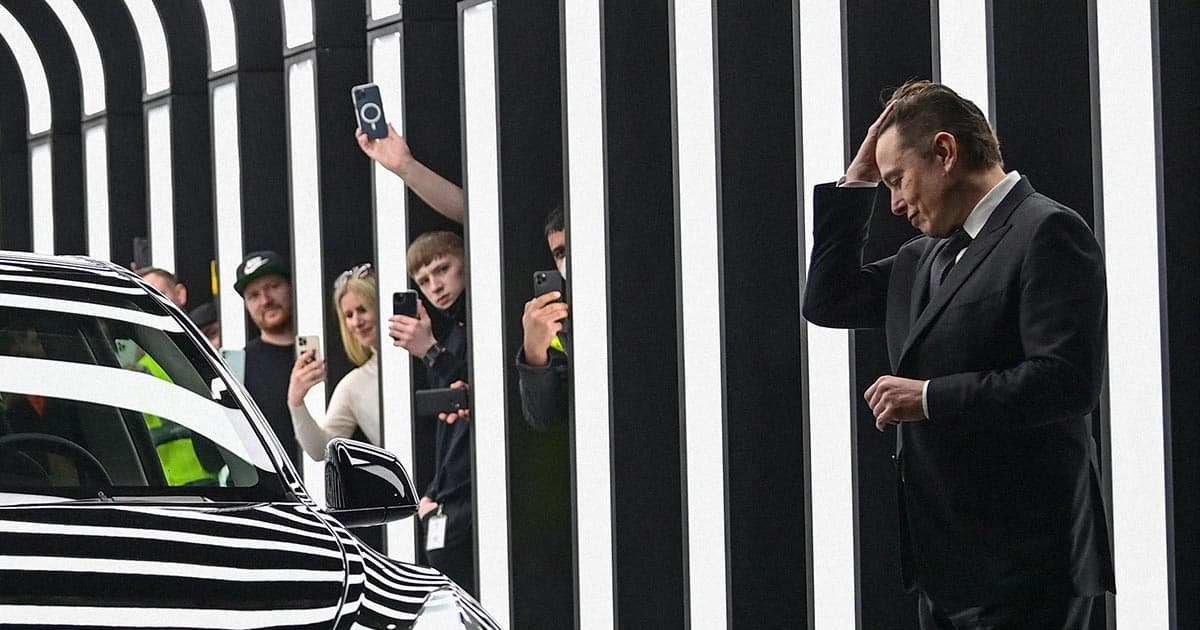 May 23
PATRICK PLEUL/POOL/AFP via Getty Images

The net worth of Tesla CEO Elon Musk has fallen by a staggering amount — just over $69 billion so far this year, according to Bloomberg's Billionaire Index — making the wealthiest man in the world substantially less wealthy.

While that's a princely sum, and far more than what's needed to tackle a world hunger crisis, Musk has yet to lose the crown of being the richest of the rich. And, for what it's worth, his total net worth of over $200 billion is still significantly higher than Amazon founder and chief social rival Jeff Bezos' net worth of $131 billion, according to the Index.

There are a number of reasons that Musk's ventures have had a terrible year so far — after all, the vast majority of his net worth is tied up in the various companies he runs, most notably Tesla.

The net worth of the electric car company has plummeted by $49 billion since Musk offered to buy Twitter for $44 billion, which has turned into an ongoing media circus of epic proportions, with Musk seemingly getting cold feet as of late. Tesla's crash alone wiped out $12.3 billion from the CEO's net worth, according to Fortune.

It's not just his highly controversial and messy bid to take over Twitter causing him trouble. A shocking new report by Insider claims Musk's space venture SpaceX had to settle a $250,000 sexual misconduct claim made against Musk by a flight attendant, adding to the general sense that things aren't going well for the mercurial entrepreneur.

Musk denied the allegations and pledged allegiance to the Republicans, painting a significant target on his back and potentially driving a wedge between himself and many of his supporters.

While Tesla shares have rebounded slightly, they have yet to recover to anywhere near where they were before Musk announced he wanted to buy Twitter.

The free-spoken billionaire has drawn lines in the sand. The Twitter deal is certainly still on the table, whether Musk likes it or not. The sexual misconduct allegations will only add to making this spring particularly difficult to navigate for the entrepreneur.

But at the same time, the whole crisis seems exacerbated by his own actions.

Break Out in Hives
Twitter Competitor Shuts Down App When It Turns Out Hackers Can Read Users' Private Messages
Yesterday
Read More
Be Better
Elon Musk Reportedly Slashed the Team That Fights Child Sexual Abuse on Twitter
Yesterday
Read More
Head Like A Hole
Elon Musk's Crying About Trent Reznor Shows That He Is a Big, Big Baby
Nov 23
Read More
+Social+Newsletter
TopicsAbout UsContact Us
Copyright ©, Camden Media Inc All Rights Reserved. See our User Agreement, Privacy Policy and Data Use Policy. The material on this site may not be reproduced, distributed, transmitted, cached or otherwise used, except with prior written permission of Futurism. Articles may contain affiliate links which enable us to share in the revenue of any purchases made.
Fonts by Typekit and Monotype.