Be Better
12. 1. 22 by Maggie Harrison
Be Better
/Future Society 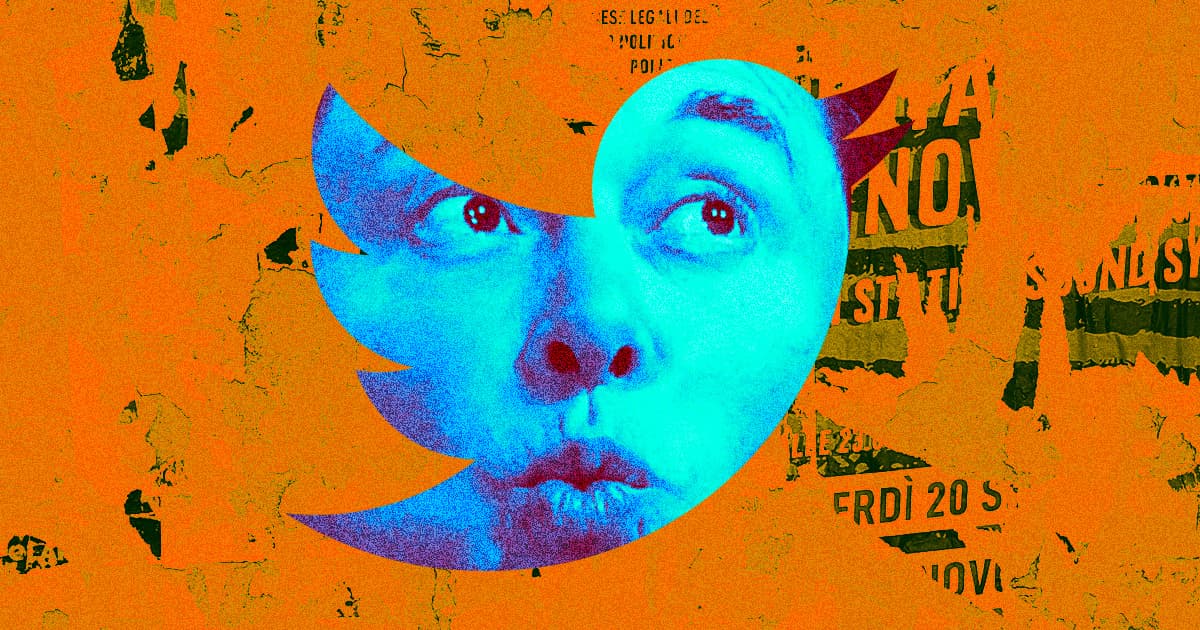 That's a great goal to have — but unfortunately, Musk's actions reportedly aren't aligning with his words.

While sources told the outlet that the new Twitter C-Suite only cut a few of the team's members to start, Musk's now-notorious "hardcore" email pushed several of the team's remaining employees out voluntarily. As a result, the cohort is allegedly down to fewer than 10 experts  — who, unsurprisingly, are said to be struggling to keep up.

Bloomberg reports that some pedophilia-related hashtags have been removed from the platform since Musk's takeover. But the publication's sources allege that those changes were already in the works before the acquisition took effect.

And in any case, they say, the problem isn't as simple as just training machine learning models to identify exploitative content.

While AI can be helpful in black-and-white situations — picking up on problem words or hashtags, or identifying abusive images — it's not exactly comprehensive. Expert human review is necessary for identifying more complex abusive behaviors like grooming, and it's important to have a diverse, multinational team versed in regional laws and language. In short, it feels utterly ridiculous to expect less than 10 experts worldwide to manage every instance of child abuse, in every language, happening on the entirety of Twitter.

It's worth noting that Musk's initial promise to eliminate child exploitation from the app was in response to a tweet from internet personality Paul Ray Ramsey, who the Southern Poverty Law Center has described as a white nationalist. Ramsey, who goes by "RAMZPAUL" on Twitter, took to the app on Nov 23 to claim — without evidence — that Twitter "is reportedly nuking pedo accounts," thus, "eliminating much of Antifa Twitter."

It's unclear whether that latter part is supposed to be a joke, although given that he's reportedly questioned the validity of the holocaust and named women's suffrage a "cancer," it probably isn't. Regardless, Musk responded to his Antifa tweet very seriously.

That in mind, while Twitter absolutely should care about devoting money, effort, and staffing to fight child abuse on the platform, the Bloomberg report supports the interpretation that Musk has been paying a lot more lip service to the issue — and to folks like "RAMZPAUL" pushing baseless theories attempting to connect the left to pedophilia — than he has any substantive action.

If anything, by firing experts whose job it is to manage exploitation of minors, he's actively hindering the struggling team's efforts. He might get points with his new friends at the pizzagate party for dunking on wokeness and cozying up to conspiracists, but in practice, he's failing to support existing programs that are — or, well, were — countering the very real exploitation.

Read This Next
Rough
Elon Musk's Twitter Is Reportedly Failing Miserably to Contain Horrific Child Abuse Content
I Silence Thee
Leaked Messages Seem to Show Elon Musk Using Twitter to Punish His Enemies
Enemy Mine
Elon Musk Now Denies That His Family's Emerald Mine Existed, In Spite of Previously Bragging About It
Bot Rush
An Overwhelming Number of Porn Bot Accounts "Drowned Out" Chinese Protest Content on Twitter
Hardcore Mode
Even Twitter's Intern Just Resigned in Disappointment
More on Future Society
YouTube Propaganda
4:34 PM on the byte
Experts Say There's Something Very Weird About North Korean YouTubers
Bird Crap
Feb 4 on the byte
It Looks Like Elon Musk Is Actually Building a Twitter Payment Platform
Balloon News
Feb 3 on futurism
China Says "Spy Balloon" Soaring Over America Is Completely Innocent
READ MORE STORIES ABOUT / Future Society
Keep up.
Subscribe to our daily newsletter to keep in touch with the subjects shaping our future.
+Social+Newsletter
TopicsAbout UsContact Us
Copyright ©, Camden Media Inc All Rights Reserved. See our User Agreement, Privacy Policy and Data Use Policy. The material on this site may not be reproduced, distributed, transmitted, cached or otherwise used, except with prior written permission of Futurism. Articles may contain affiliate links which enable us to share in the revenue of any purchases made.
Fonts by Typekit and Monotype.