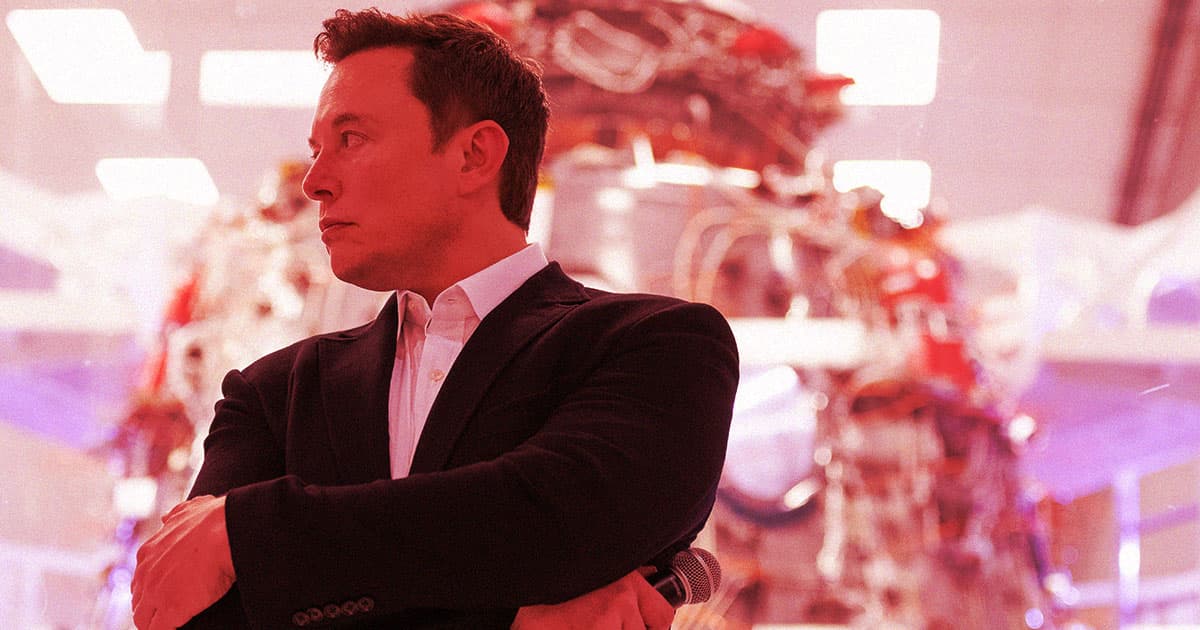 Elon Musk Has Also Been Firing SpaceX Employees for Criticizing Him

If you even whisper a joke about Elon at one of his companies, you're in trouble.

If you even whisper a joke about Elon at one of his companies, you're in trouble.

The timing of the news is particularly noteworthy, as news broke this week that Musk had been scanning Twitter's internal Slack channels to root out anybody criticizing him — and firing them on the spot.

It's yet another instance of Musk — who has referred himself as a "free speech absolutist" — ruling his companies with an iron fist and quashing any dissent, especially when it comes to his own erratic behavior.

Back in May, Insider reported that SpaceX had paid a flight attendant $250,000 to settle claim that he had sexually propositioned her back in 2018. Musk took to Twitter at the time to make light of the reporting, enraging SpaceX employees.

"Elon’s behavior in the public sphere is a frequent source of distraction and embarrassment for us," they wrote in an open letter.

The letter led to the firing of nine workers, according to the NYT. In a meeting prior to the firing, the employees told the newspaper, a vice president at the company refused to say whether Musk was allowed to sexually harass employees with impunity.

The fired SpaceX employees have now filed chargers with the National Labor Relations Board, arguing that the terminations were done illegally.

Work culture at SpaceX and Musk's electric car venture Tesla have long been marked by allegations of sexual harassment and gender discrimination.

Last year, a former female SpaceX employee described the company's workplace as being "rife with sexism" and "in a state of disrepair and dysfunction so great that the only remedy, finally, was to leave."

In short, this latest report highlights Musk's controversial and martial management style. Any critique opens up workers to being terminated immediately — which likely only leads to an even less functional work culture.

READ MORE: SpaceX Employees Say They Were Fired for Speaking Up About Elon Musk [The New York Times]