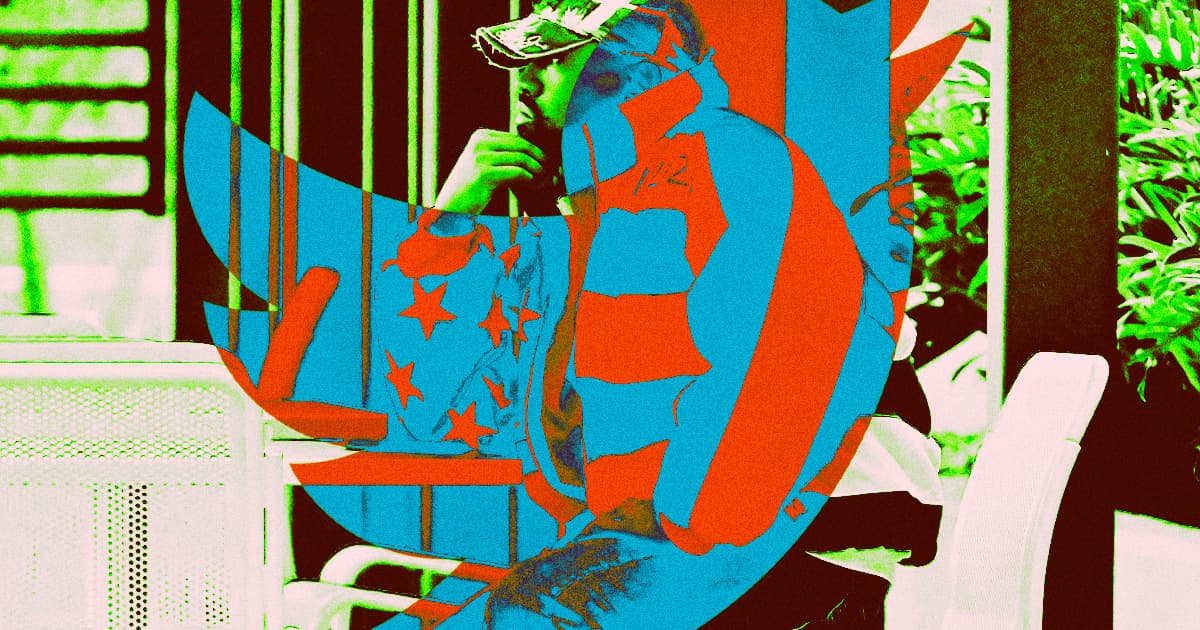 Image by MEGA via Getty / Futurism

After his gallingly anti-Semitic rant on InfoWars yesterday, the rapper formerly known as Kanye West got suspended by Twitter.

That would be perfectly normal on a regular social network, but Twitter has been anything but since it was acquired by self-proclaimed "free speech absolutist" Elon Musk this year.

In announcing the suspension, Musk posted a four-letter tweet that appears to stand for "fuck around and find out."

"I tried my best," he added. "Despite that, he again violated our rule against incitement to violence. Account will be suspended."

In reality, the suspension seems perfectly reasonable. West has been making a series of increasingly deranged public statements praising Nazism and the genocidal Adolf Hitler, and had even taken to Twitter to post an image of a Star of David with a Nazi swastika added inside of it. No decent people want that type of outright bigotry on their social feed.

But in the context of Musk's Twitter, the suspension shows that content moderation almost always falls on a more nuanced spectrum than an outright call to violence. After all, the tasteless and offensive swastika image didn't explicitly call for violence against anyone — even if the implication was perfectly clear — meaning that if Musk was really as committed to free speech absolutism as he's claimed throughout the Twitter acquisition process, he should have left it online.

Of course, that's a ridiculous worldview. Extremists like Nazis and white supremacists — like Nicholas Fuentes, a close associate of West since he's embraced the Nazi rhetoric — thrive on symbols and language that imply hateful messages without quite spelling them out, creating a cat-and-mouse game on social media platforms like Twitter that's necessitated an increasingly subtle approach to moderation practices, especially at scale.

No site, including Twitter prior to Musk's acquisition, has managed to perfect that process, and given the evolving nature of politics and language, it's unlikely they ever will. But Musk's overly simplistic worldview erases years of progress and makes Twitter a much less pleasant place for everybody, particularly vulnerable minorities.

And in reality, as the West suspension shows yet again, not even Musk himself supports free speech absolutism in practice. In fact, even over the several weeks since the sale went through, Musk has has repeatedly taken action that clearly contradicted his nominal position on free speech. Critics have also pointed out that the site has suspended numerous journalists on the left during his brief tenure, with no clear explanation, while showing extraordinary deference to far right conspiracy theorists and worse.

The incident is complicated by Musk's personal relationship with West. As recently as last month, Musk welcomed West back to Twitter and said he believed the rapper "took to heart" his "concerns" about other bigoted tweets he'd made.

And it's made even muddier by the fact that the suspension also came after West posted an unflattering photo of Musk during his final Twitter tirade, adding to the general sense that content moderation decisions on the site now seem to gain priority when Musk himself is the target. (Musk, for his part, denied that claim.)

In the end, the most likely thing to force Musk's hand toward something resembling reasonable content moderation is likely to be plain old money.

As Yoel Roth, who quit as the head of Twitter's trust and safety shortly after Musk acquired the site, wrote last month for the New York Times, at the end of the day Musk will be deeply beholden to both advertisers who have been fleeing the site's anarchic turn and the big tech companies that control its access to their coveted app stores.

We'll just have to see how many more West-esque debacles it takes for him to get there.