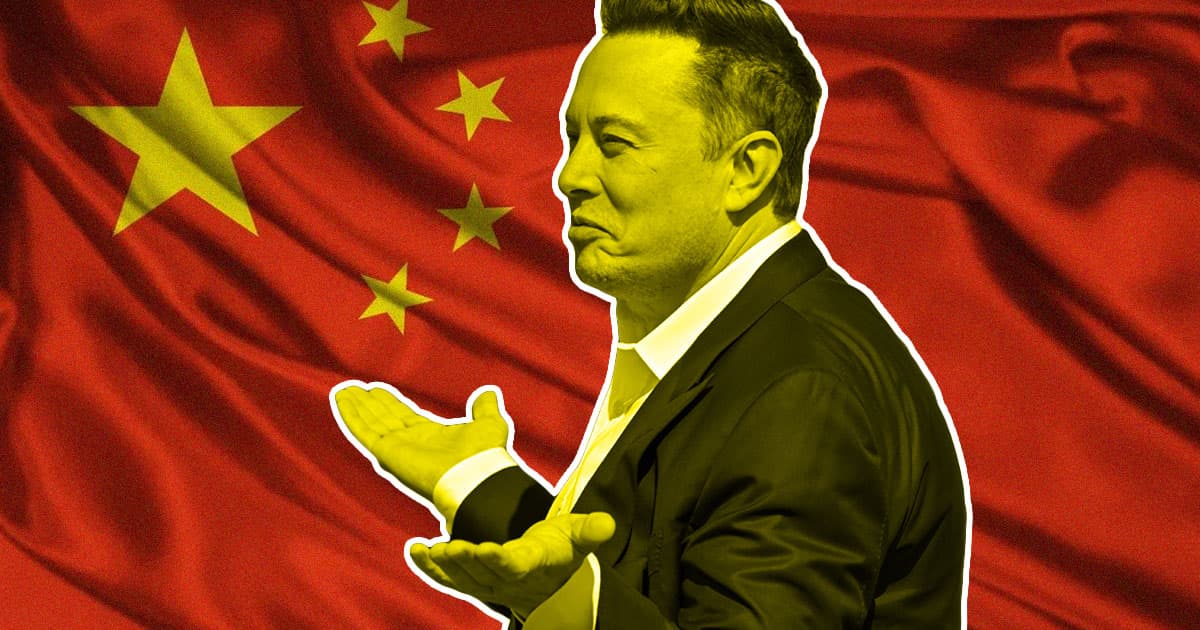 Over the weekend, the Tesla and SpaceX CEO wrote a column for a magazine published by the Cyberspace Administration of China (CAC), Bloomberg reports. And sure, he's free to speak, as he almost constantly does, anywhere he pleases. But seeing as how the CAC is the Chinese government's central censorship body — literally working around the clock to counter free speech — publishing on its specific platform seems like a seriously contradictory move for such an outspoken free speech advocate.

This particular case of Highly Conditional Musk Free Speech-ism appears, unsurprisingly, to be financially motivated. Musk, as Bloomberg details, has spent the last several years developing a strong relationship with Beijing, and Tesla especially has seen massive success in the country — which makes sense, as China is the world's top market for EVs.

To his credit, Musk isn't the only American tech leader who, despite restrictive censorship laws and the, ahem, drama between the US and China, has strived to strengthen business ties with the nation. Facebook's Mark Zuckerberg and Google's Sundar Pichai, among other powerful executives, have worked to do the same.

The major difference, though? None of those CEOs have been as loud as Musk in leveraging the language of free speech when it benefits their own business interests. And they definitely aren't headed to court for attempting to buy a major social media platform on the principle that, as Musk wrote in an April statement, "free speech is the bedrock of a functioning democracy" — a social media platform that, as it's certainly worth noting, is banned by Chinese censors.

But between the botched Twitter deal, supply chain woes, and who knows what else, Musk is clearly a lot more worried about his bottom line than, you know, rights or ethics. Like most of the promises he makes, take any value statements with a hefty serving of salt.

"I hope more people will join us in our fight to accelerate the world's transition to sustainable energy," Musk wrote in the column, according to Bloomberg. "I also welcome more like-minded Chinese partners to join us in exploring clean energy, artificial intelligence, human-machine collaboration and space exploration to create a future worth waiting for."

READ MORE: Now Elon Musk Is Telling China’s Censors About His Vision for the Future [Bloomberg]