But they have one thing in common. 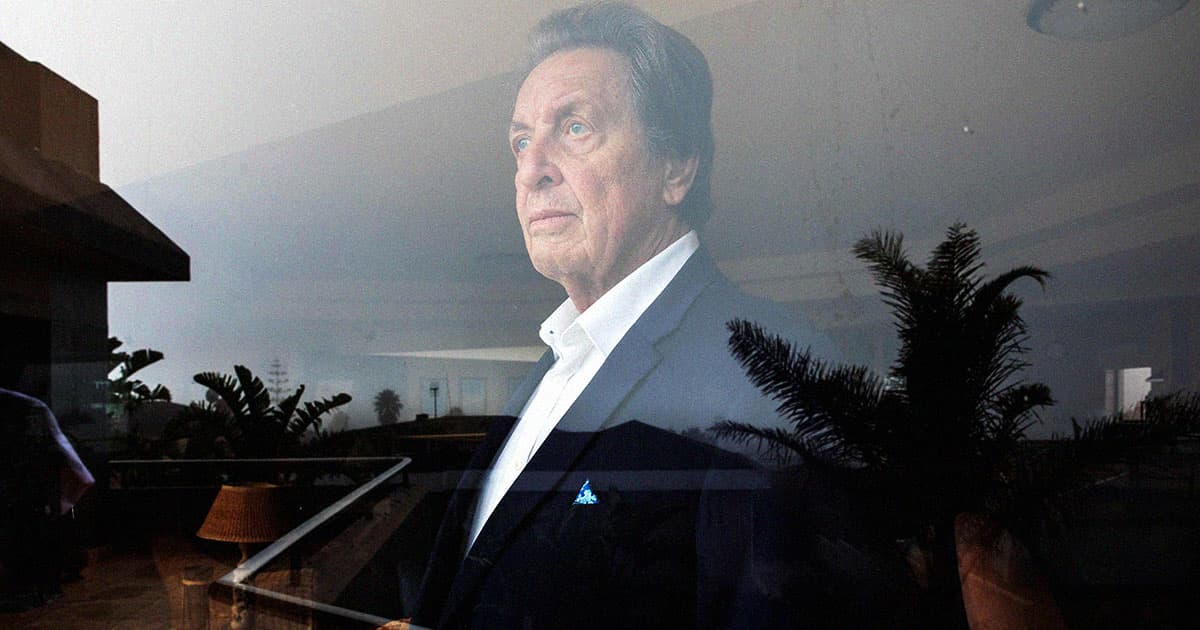 While the two have been estranged for many years, Elon Musk does have one core belief in common with his father Errol: they both believe it's humanity's duty to have as many children as possible.

Musk's father, however, seems to really have taken that pursuit to heart — by literally raising two kids with his stepdaughter, British tabloid The Sun reports.

"The only thing we are on Earth for is to reproduce," Errol Musk told the tabloid, echoing the sentiments of his billionaire son.

Despite the hostility between them, Elon Musk has repeatedly warned that having fewer kids is the "greatest risk to the future of civilization," calling on his followers to have more children and having a great number himself, sometimes secretly — which is awkward, given the latest news about his father.

Errol Musk had an "unplanned child" with his 35-year-old stepdaughter Jana Bezuidenhout three years ago. Worst of all, Errol Musk raised Bezuidenhout from the age of around four.

According to The Sun, news of the pregnancy caused Elon Musk to go "berserk."

"And they still don’t like it," Errol Musk told The Sun. "They still feel a bit creepy about it, because she's their sister. Their half-sister."

He also left a puzzling amount of ambiguity.

"I haven't checked her DNA," he told the tabloid. "But she looks just like my other daughters."

"I married her mother when she was 25 and I was 45," Elon Musk's father explained in the interview. "She was probably one of the best looking woman I've ever seen in my life."

Errol Musk has had seven children so far, according to The New York Post. But he also admitted to The Sun that "it's quite conceivable" he fathered many more because he "was going out with different woman every night" in Johannesburg, South Africa, back in the 1980s.

Meanwhile, Elon Musk has similarly fathered plenty of children with a growing number of women. Earlier this month, Insider revealed the billionaire CEO fathered twins with a former employee, raising the number of children we know about to nine (his first child with ex-wife Justine Musk died of sudden infant death syndrome back in 2002).

The need to reproduce is certainly a commonality between father and son, but their relationship has been strained in other domains, to say the least.

"He was such a terrible human being," Elon Musk told Rolling Stone back in 2017, referring to his father. "You have no idea."

More on Elon Musk: Tesla Employee Alarmed When They Arrive at Work and Everybody's Crying

Read This Next
Sleepless in San Francisco
Elon Musk Reportedly Building "Sad Hotel Rooms" at Twitter HQ for Exhausted Employees
But His Emails!
Twitter Cofounder Says Elon Musk Is "Not a Serious Person"
D*** Pic Freedom
Elon Musk Thinks It’s Likely that “Something Bad” Will Happen to Him
Abso-Effing-Lutely
Free Speech Absolutist Elon Musk Discovers That Some Speech Is Unacceptable After All
Be Better
Elon Musk Reportedly Slashed the Team That Fights Child Sexual Abuse on Twitter
More on Future Society
Phoney Business
Yesterday on the byte
Amazon Says It'll Pay You $2 Per Month to Spy on Your Phone's Internet Traffic
Elon Tusk
Yesterday on the byte
Rick and Morty Fans Now Embarrassed by Elon Musk's "Cringe" Cameo
Dirty Bird
Yesterday on the byte
Twitter HQ May Sink Into Literal Filth as Its Janitors Go on Strike
READ MORE STORIES ABOUT / Future Society
Keep up.
Subscribe to our daily newsletter to keep in touch with the subjects shaping our future.
+Social+Newsletter
TopicsAbout UsContact Us
Copyright ©, Camden Media Inc All Rights Reserved. See our User Agreement, Privacy Policy and Data Use Policy. The material on this site may not be reproduced, distributed, transmitted, cached or otherwise used, except with prior written permission of Futurism. Articles may contain affiliate links which enable us to share in the revenue of any purchases made.
Fonts by Typekit and Monotype.