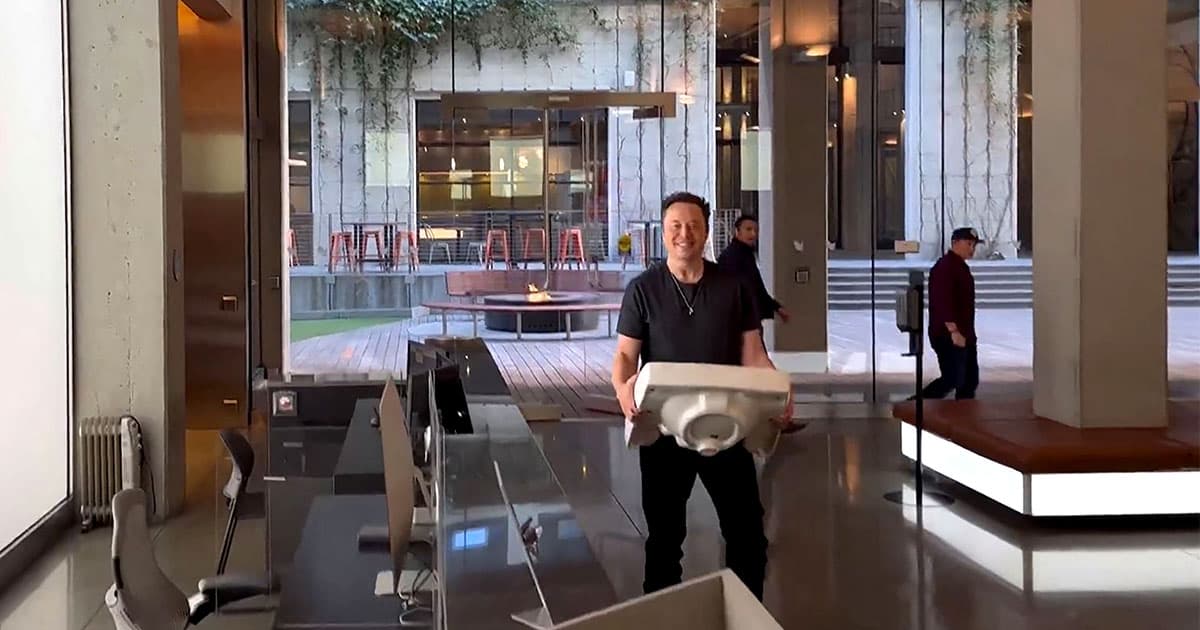 Elon Musk Is Hiring Relatives at Twitter in Literal Nepotism

After obliterating Twitter's workforce, the company's new CEO Elon Musk is desperately trying to piece together a team that can keep the lights on — but that hasn't stopped him from hiring his own relatives, Insider reports.

Specifically, Musk has hired at least two of his cousins, James and Andrew Musk, who reportedly now work full time at the social media company.

Apart from the literal nepotism, Insider reports that Musk has also roped in about 150 people who used to work his other companies, including Tesla engineers and staff from The Boring Company who are being referred to as "Musk's goons" by existing employees.

Musk's indiscriminate mass layoffs, as well as the ensuing resignations, have cut the company's 7,500-employee workforce by roughly 70 percent.

Several core teams, including those tasked with running the company's moderation system, have all but disappeared, seemingly in Musk's apparent attempts to bring "free speech" to the platform.

Musk has also surrounded himself with a host of staffers who are reportedly tasked with "all kinds of things," from getting coffee to coordinating meetings, according to Insider's sources.

Meanwhile, Musk has been sleeping at the company's headquarters in San Francisco, as well as providing employees with access to "sad hotel rooms" in the form of conference rooms that have been hastily transformed into lackluster bedrooms.

It's clear by this point that Musk is laser focused on remaking the social giant in his image — even if that includes hooking up members of his own family with cushy gigs.

Whether Musk's new Twitter army will be able to turn things around and stop the company's bleeding remains to be seen.

More on Elon Musk: Realizing Its Mistake, Twitter Pleads With Fired Employees to Come Back