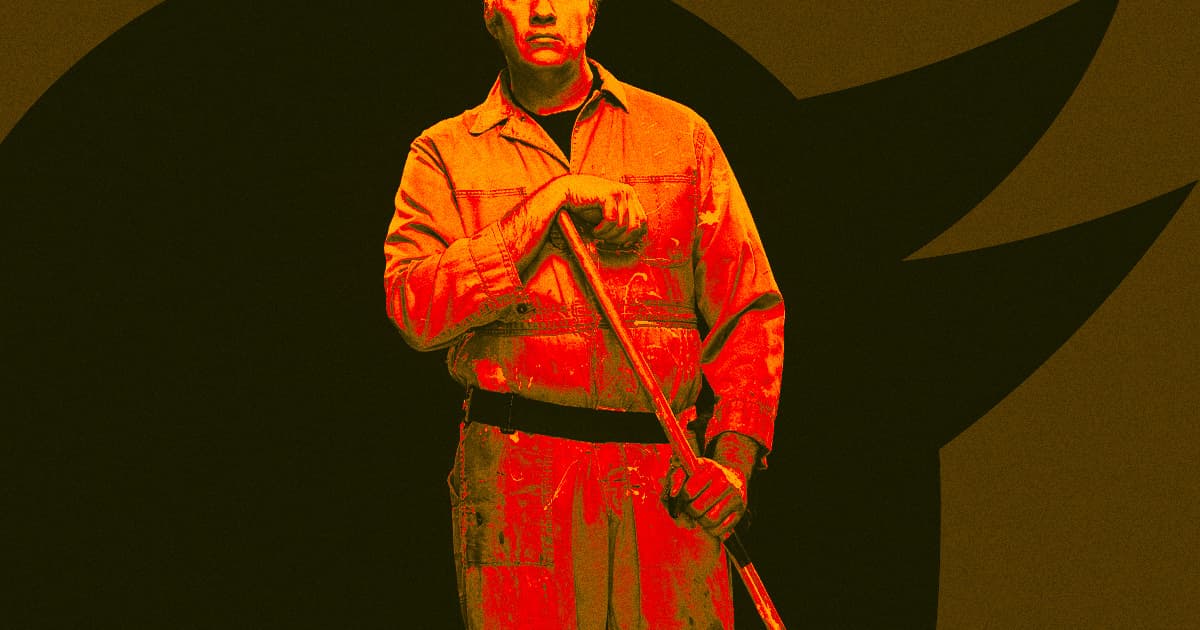 "Now we are afraid."

"Now we are afraid."

A longtime — and now former — janitor at Twitter's San Francisco headquarters claims he was told by a member of the new owner's inner sanctum that soon robots would be taking over his job.

In an interview with the BBC, fired janitor Julio Alvarado said that for the vast majority of his ten-year tenure at Twitter, the workplace environment was friendly. After Elon Musk took over the company in October, however, everything changed.

The janitor said that along with being told by a Musk crony that he was going to be replaced by robots, he was also at times forced to clean parts of the office with private security following him around, before being fired unceremoniously and without severance this week.

"People worked without worries," Alvarado told the BBC. "Now we are afraid."

Alvarado's not the only person on Twitter's maintenance staff who was fired without severance pay just before the holidays, either. Three other cleaners told the British state broadcaster that they'd been sacked this week as well, and are now unsure how they're going to pay for medications, support their families, or buy Christmas gifts.

While there's no official statement as to why those four employees were fired, their sackings came after the cleaners' union decided to go on strike after Musk refused to renew their contracts, which appears to be in violation of San Francisco labor laws that would require him to keep them on for an additional 90 days following their contract termination.

"They did this three weeks before Christmas," said Olga Miranda, the president of the cleaners' union who added that she believes the workers were fired as retribution for organizing.

As for Alvarado, who said he supports his family back in Mexico along with himself in one of the most expensive regions in the world, the outlook looks very grim.

"I don't have money to pay the rent," he told the BBC. "I'm not going to have medical insurance. I don't know what I'm going to do."