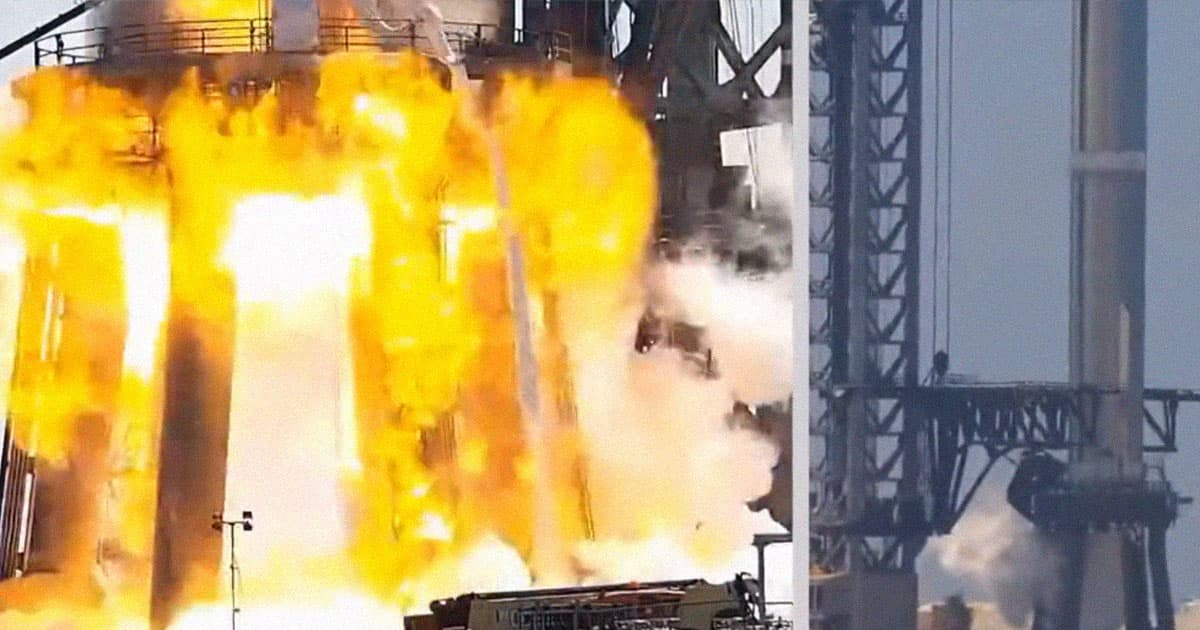 SpaceX wasn't expecting to have its Booster 7 rocket prototype go up in flames this week.

And while the company is still assessing the damage to the prototype and the company's massive launch pad and tower, SpaceX CEO Elon Musk is expressing confidence that the inaugural orbital flight of Starship could still happen in a matter of weeks.

"If testing goes well, as soon as next month," Musk said when asked when the orbital test launch will take place.

But we're not holding our breath. After all, the CEO has been promising the same thing since at least October of last year.

Fortunately, much has changed since then. This time around, SpaceX is working towards the launch with regulatory approval from the Federal Aviation Administration in hand, a certification that also came with 75 environmental conditions it has to meet.

Monday's explosion shocked onlookers, who saw the massive rocket stage burst into flames in a fraction of a second, accompanied by a percussive blast. While Musk appeared to confirm the explosion was to be expected soon aftward, he later changed his tune, saying "yeah, actually not good."

Later that evening, Musk confirmed that the "base of the vehicle seems ok by flashlight."

"Damage appears to be minor, but we need to inspect all the engines," he tweeted, a process that will likely take a while.

Musk also indicated that Booster 7 will eventually make its way to the company's High Bay, a massive assembly hall used to put together the various parts of the spacecraft and its booster, telling Reuters it will be "returning to the launch stand probably next week."

Given Musk's ever-optimistic and overly ambitious promises, it's not exactly looking likely we will see Starship go orbital next month — but we're certainly excited for when the day does finally come.

More on the incident: Close Up Photo Shows SpaceX Starship Booster After Explosion