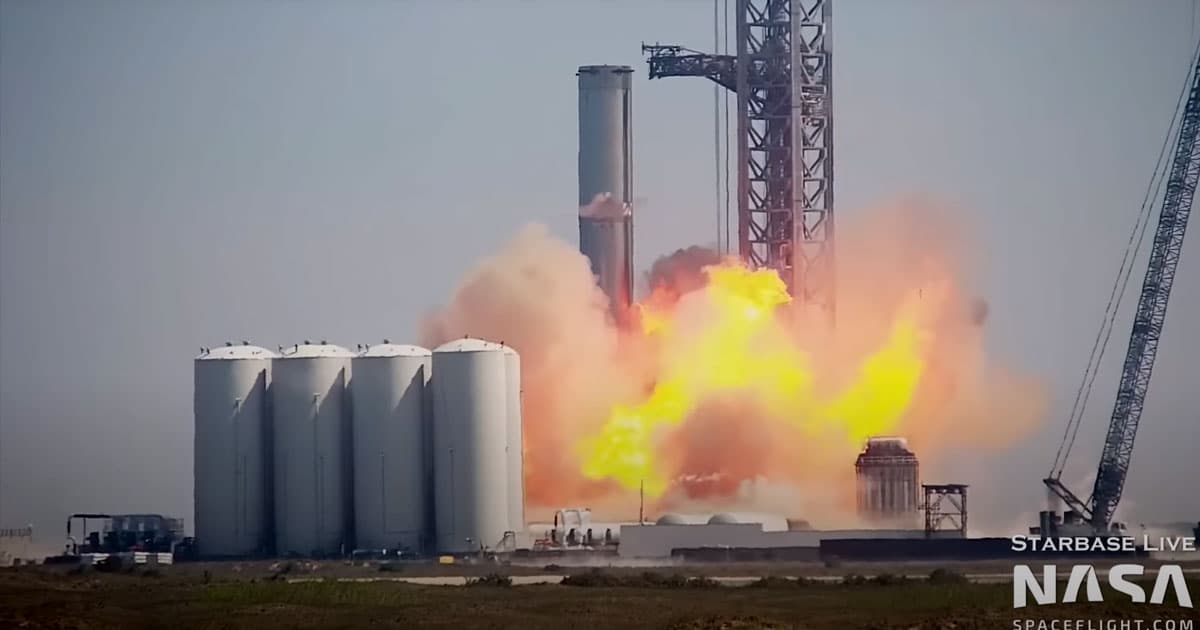 Elon Musk Says Explosion Was on Purpose, Then Deletes Tweet and Admits It Wasn't

Not everything went according to plan while SpaceX was testing its Booster 7 rocket prototype on Monday.

The massive rocket, designed to take the company's first orbital launch-ready Starship into orbit, went up in a massive fireball at around 4:20pm local time at the company's testing facilities near Boca Chica, Texas.

At first, SpaceX CEO Elon Musk appeared to imply that the explosion was planned, but then quickly deleted the tweet, clarifying that it was indeed an accident — an unusual admission for the otherwise boisterous and outspoken billionaire.

"Yeah, actually not good," he wrote in a tweet responding to Bergin two hours following the explosion. "Team is assessing damage."

So what was the culprit? According to Musk, the oxygen rich environment surrounding the launch pad may have facilitated an ignition.

"Cryogenic fuel is an added challenge, as it evaporates to create fuel-air explosion risk in a partially oxygen atmosphere like Earth," he explained in a follow-up.

"That said, we have a lot of sensors to detect this," he added. "More later."

Musk also said that the company will set up sparks under the engine section to ensure that all leaking sources of hydrogen burn off before they can cause a huge fireball.

Hours later, Musk went in to inspect the damage.

"Base of the vehicle seems ok by flashlight," Musk tweeted. "I was just out there about an hour ago. We shut down the pad for the night for safety. Will know more in the morning."

As the incident goes to show, the stakes are higher than they've ever been. In other words, the next explosion could be right around the corner.

More on the explosion: SpaceX Starship Booster Prototype Suddenly Goes Up in Flames