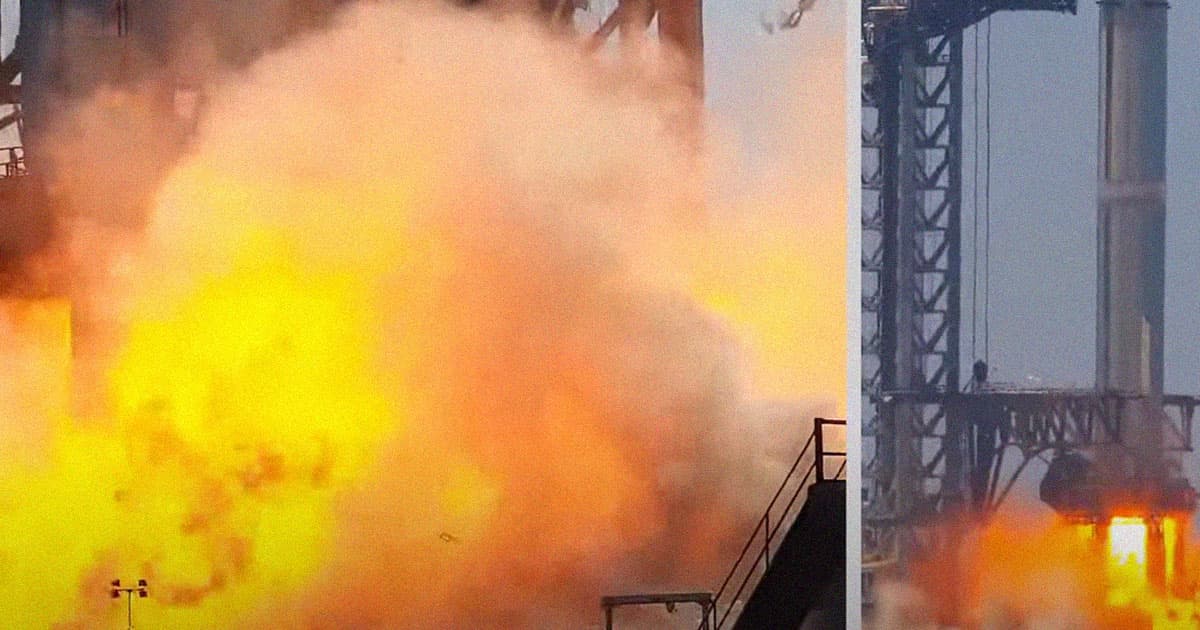 "Holy moly. Well, that was unexpected!"

"Holy moly. Well, that was unexpected!"

SpaceX's Booster 7 prototype just went up in a ball of flames during a routine test today, which could signal a setback — though, to be fair, there's a lot we still don't know about the incident.

A livestream captured by NASASpaceFlight shows the behemoth structure light up in a massive ball of fire and send small pieces of debris flying, surprising onlookers. It's unclear to what extent the Booster or launch tower were damaged during the explosion.

A massive pressure wave also managed to shake NASASpaceflight's camera, indicating the explosion was quite energetic.

SpaceX CEO Elon Musk seemed to say on Twitter that the explosion was planned — although the NASASpaceFlight crew were pretty skeptical, and Musk has been known to shrug off setbacks. One more possible clue: the explosion happened at 4:20 local Texas time — the weed number that Musk loves so much.

But others weren't convinced the fireball was meant to happen.

"I'm probably wrong, but surely ignition was not planned with those lifts right by the pad and such," NASASpaceFlight's Michael Baylor tweeted.

"Hydraulic power unit seems to be in trouble," Baylor added in a follow-up. "Smoke rising from it."

The massive rocket is designed to take SpaceX's Starship 20 prototype into orbit during the company's long-awaited orbital test flight sometime this year.

We have yet to hear about a concrete schedule for the launch, but given the substantial fireball, chances are SpaceX may have to delay it.