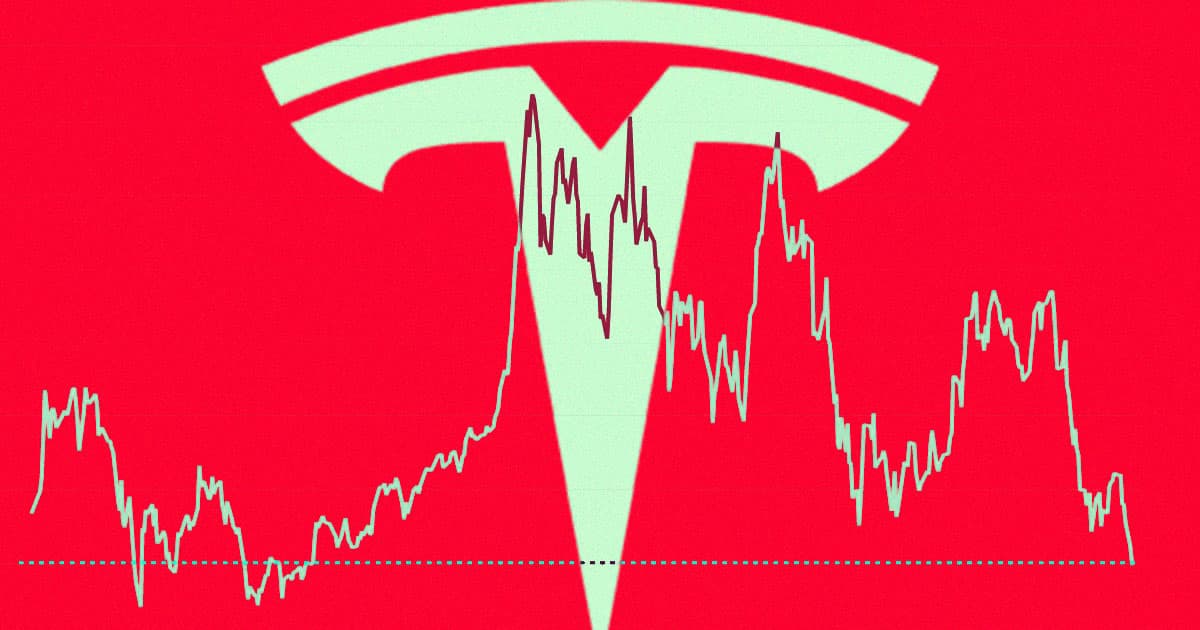 If You Bought $1,000 in Tesla Stock in January, This Is How Much You'd Have Now

Bad news for Tesla investors, and a cautionary tale for anyone thinking of becoming one — all that money you dumped into what probably seemed like a surefire bet at the beginning of the year has gotten a very significant haircut.

While it's tempting to blame Tesla's historic decline on CEO Elon Musk's disastrous purchase of Twitter, there are many other issues at play — including, as The Motley Fool notes, COVID-19 issues at its Shanghai plant and news that the electric vehicle maker had to recall 40,000 cars due to electric steering issues. And that's without getting into the broader economy, which has seen many other stocks tank this year.

Serious question: Is Elon still the richest person in the world? Tesla stock—the bulk of his fortune—is down like, a lot. https://t.co/IMiBEQdgXW pic.twitter.com/QgDtZvfkpB

Last week, CNBC reported that Tesla stock had fallen a whopping 35 percent since Musk first said he was going to buy Twitter. And since the deal closed, it's fallen from about $225 to its current rut.

And in an even broader sense, this is the lowest Tesla stock has been in 18 months — though of course it's still  much more valuable than it was before it began actually manufacturing cars, and many early investors are still far ahead.

Could it drop lower? Only time — and Musk's Twitter antics — will tell. And in the long view, to be fair, we wouldn't be surprised if it eventually makes last year's highs look like amateur hour.