Apple Founder Says Tesla, Not Apple, Will Create The Next Breakthrough Technology 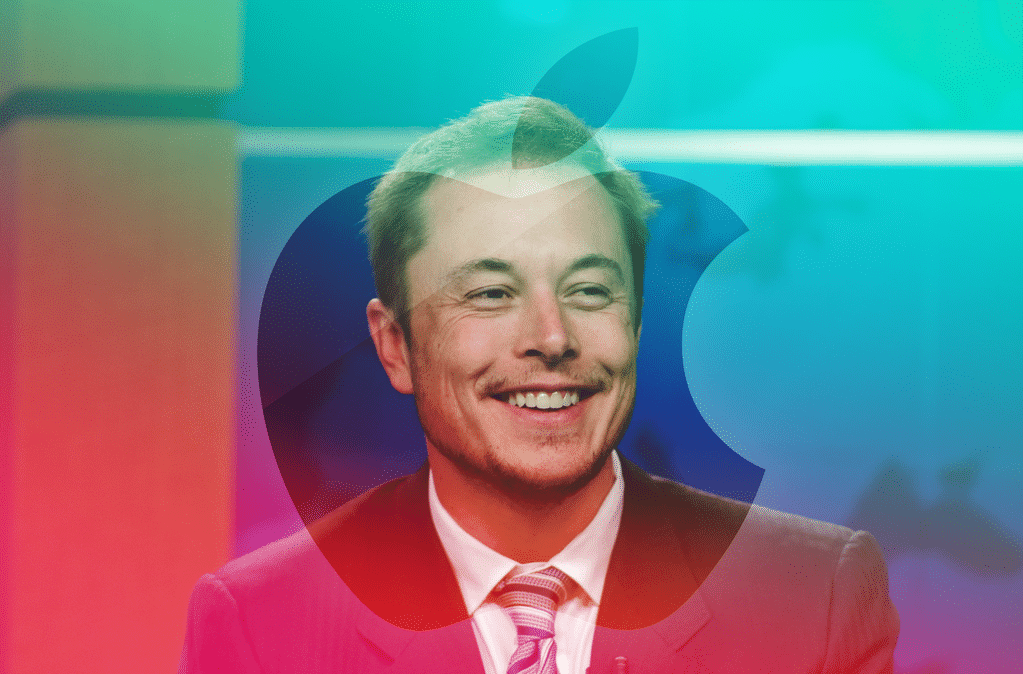 Experts in tech and tech enthusiasts alike know that there wasn't just one "Steve" behind Apple. While Steve Jobs was the popular (and disruptive) face of the company, Steve Wozniak was the genius behind Apple's earliest technology — most notably, the original Macintosh that was the key to Apple's initial successes.

No stranger to innovation himself, Wozniak has made some startling assertions recently, stating that he thinks that the next big thing in tech won't be coming from the company he co-founded—and in which he still owns a sizable amount of stock. In a recent interview with Bloomberg Canada,

Wozniak is betting that Tesla, and its CEO Elon Musk, will be the source of the next, great innovation.

"I think Tesla is on the best direction right now. They've put an awful lot of effort into very risky things," Wozniak said. "They started with a car—the Tesla Model S—that made little sense in engineering terms in how much you have to build for what price and what the market will be."

It's precisely that kind of attitude that won Woz's admiration. "I'm going to bet on Tesla," he added.

Not From Big Business

Back in the day, Jobs and Wozniak didn't always see eye to eye, but it's not this largely unspoken conflict that made Woz bet on Tesla. More than anything, it's the bit of Apple that Woz sees in Tesla now. "Look at the companies like Google and Facebook and Apple and Microsoft that changed the world—and Tesla included. They usually came from young people. They didn't spring out of big businesses," he said.

For the most part, it's also because Tesla started with a product that Musk liked very much. Again, this is another parallel with how Apple started from a project Woz was building as a hobby. "It was really built for Elon's own life. What car would he like? And when things come from yourself, knowing what you'd like very much and being in control of it... .that's when you get the best products," he explained.

Tesla and Musk have gone a long way from that first electric car. For one, Woz admires Musk's latest boring project. Apple, on the other hand, seems to be suffering from a lack of innovative spark. This has led some to argue that Apple and Tesla might work better by combining their resources together — Apple's money and Tesla's innovation. However, Musk has already cast doubt on the proposal. Alas.

Read This Next
Keep Twitter Alive
Elon Musk Polled Twitter to Ask If He Should Resign, and the Results Were RESOUNDING
Lashing Out
Free Speech Absolutist Elon Musk Announces New Limits on Free Speech
Sleepless in San Francisco
Elon Musk Reportedly Building "Sad Hotel Rooms" at Twitter HQ for Exhausted Employees
Pay Yourself
Elon Musk Might Get Thrashed by Lawsuit From Heavy Metal Drummer
All Hands on Tweetdeck
Elon Musk Pulling Engineers From Tesla Autopilot to Work on Twitter
More on Future Society
YouTube Propaganda
4:34 PM on the byte
Experts Say There's Something Very Weird About North Korean YouTubers
Bird Crap
Feb 4 on the byte
It Looks Like Elon Musk Is Actually Building a Twitter Payment Platform
Balloon News
Feb 3 on futurism
China Says "Spy Balloon" Soaring Over America Is Completely Innocent
READ MORE STORIES ABOUT / Future Society
Keep up.
Subscribe to our daily newsletter to keep in touch with the subjects shaping our future.
+Social+Newsletter
TopicsAbout UsContact Us
Copyright ©, Camden Media Inc All Rights Reserved. See our User Agreement, Privacy Policy and Data Use Policy. The material on this site may not be reproduced, distributed, transmitted, cached or otherwise used, except with prior written permission of Futurism. Articles may contain affiliate links which enable us to share in the revenue of any purchases made.
Fonts by Typekit and Monotype.