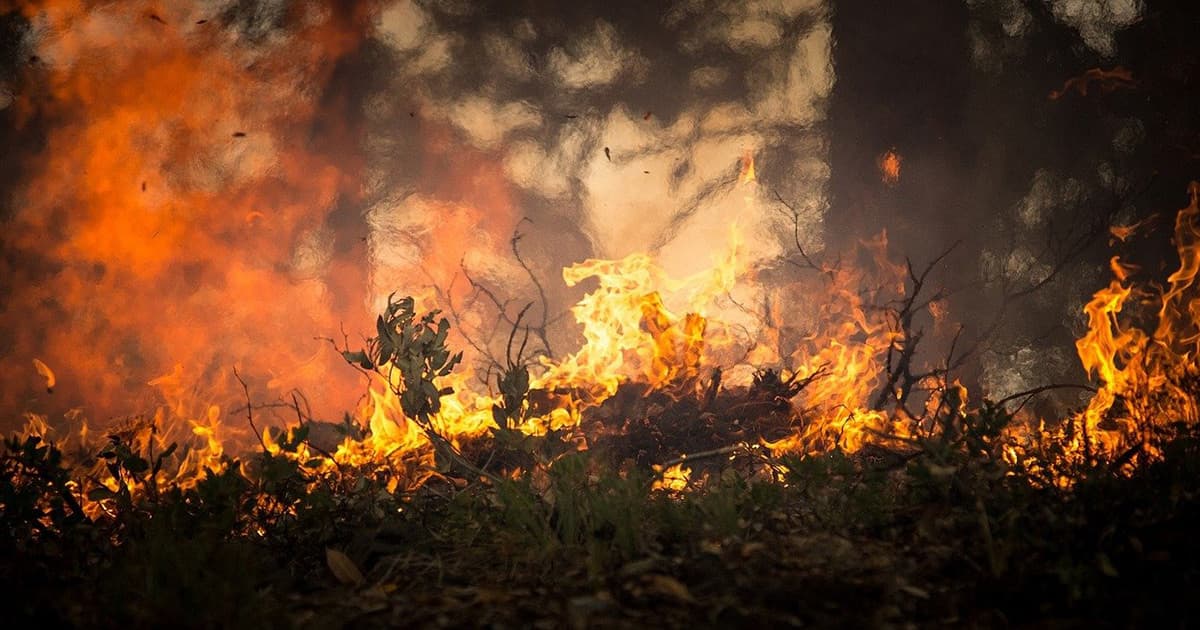 Humanity could soon find itself on a crash course with a future where an ever-growing swath of the planet is coated in flames.

Humanity could soon find itself on a crash course with a future where an ever-growing swath of the planet is coated in flames.

Tens of millions of years ago, the planet heated up to the point that forest fires ravaged the entire globe, even incinerating forests found in wetter and less arid areas that are usually less vulnerable to fires — and the same thing could happen again.

During this 100,000-year period, even wet and humid regions burned to the point that the planet lost 30 to 40 percent of its forests, according to research published Tuesday in the journal Nature Geoscience. And now, thanks to global climate change, the same conditions that led to the widespread burning are re-emerging.

Organic runoff from fertilizer is accumulating in oceans and rivers, leading to harmful algae blooms and carbon buildup. Meanwhile, greenhouse gasses released from burning fossil fuels are heating up the planet. These mirror the conditions 90 million years ago, suggesting to the University of Colorado Boulder scientists behind the research that we could again experience similar global infernos.

“It highlights that putting carbon dioxide into the atmosphere and nutrients into the ocean doesn’t just potentially increase global temperatures,” lead author Garrett Boudinot said in a press release. “It has significant impacts on the fundamental biogeochemistry or ecology of the planet, like how forests respond to fire.”

While we’re currently experiencing a record-breaking wildfire season, most of the problem is in areas that are already comparatively arid — rainforests aren’t exactly spontaneously combusting.

But unless climate change is slowed and reversed, humanity could soon find itself on a crash course with a future where an ever-growing swath of the planet is coated in flames.

READ MORE: Someday, even wet forests could burn due to climate change [University of Colorado at Boulder]

More on forest fires: Climate Change Is Increasing Forest Fires, and the Cost Will Be Huge