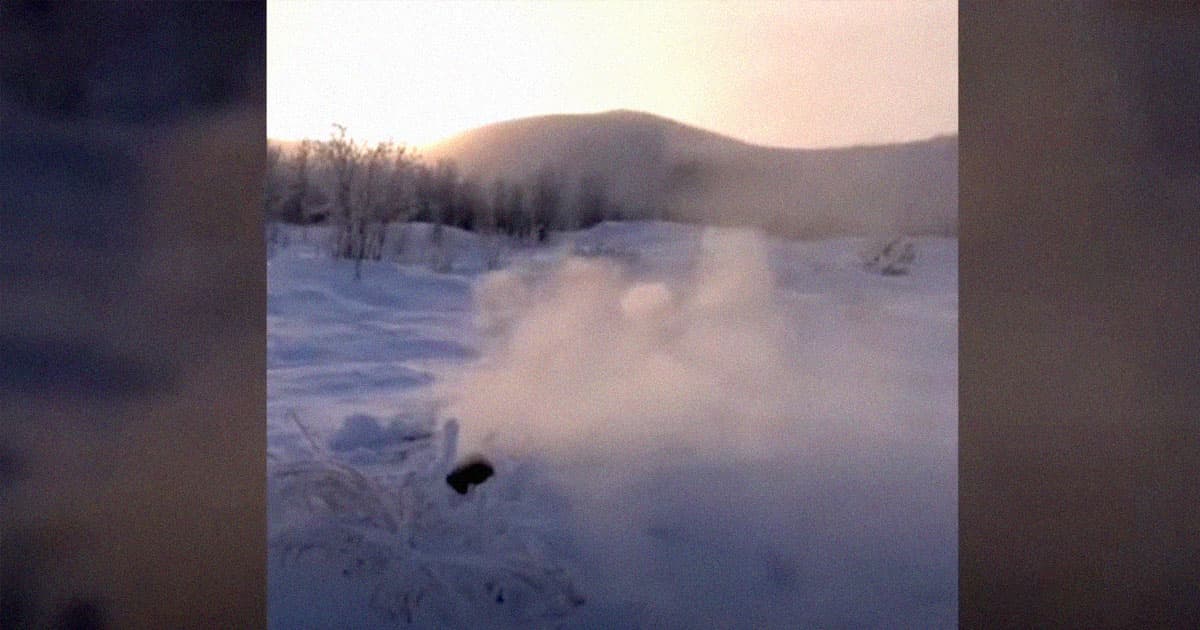 It's a song of ice and fire.

It's a song of ice and fire.

Even when temperatures drop to 75 degrees Celsius below zero — that's a startling -103 Fahrenheit, some of the frostiest temperatures on Earth — massive "zombie fires" continue to burn below parts of Siberia, United Press International reports.

The area contains some of the coldest permanently inhabited places on the planet, like Oimaykon, a rural jurisdiction populated by only around 500 people.

Despite historically low temperatures, a number of wildfires, also known as peat fires, are still burning tucked beneath a deep layer of snow and ice. In fact, these fires can burn for months or even years.

A video shared by The Siberian Times shows one such fire, casting pillars of smoke out of small holes in the snow.

The snow and ice acts as a thermal insulator and barrier, protecting the scorching temperatures below in a bizarre weather phenomenon.

Just like their summer counterparts, these wildfires release plenty of greenhouse gases into the environment. In fact, the melting of permafrost only adds even more carbon dioxide to the mix, as NBC-affiliated station KXAN points out.

It's a matter of extremes, in other words. The region is experiencing record colds right now, with temperatures dropping to -76 degrees Fahrenheit, forcing schools to close, The Siberian Times reports.

And the cold isn't about to let up, either.