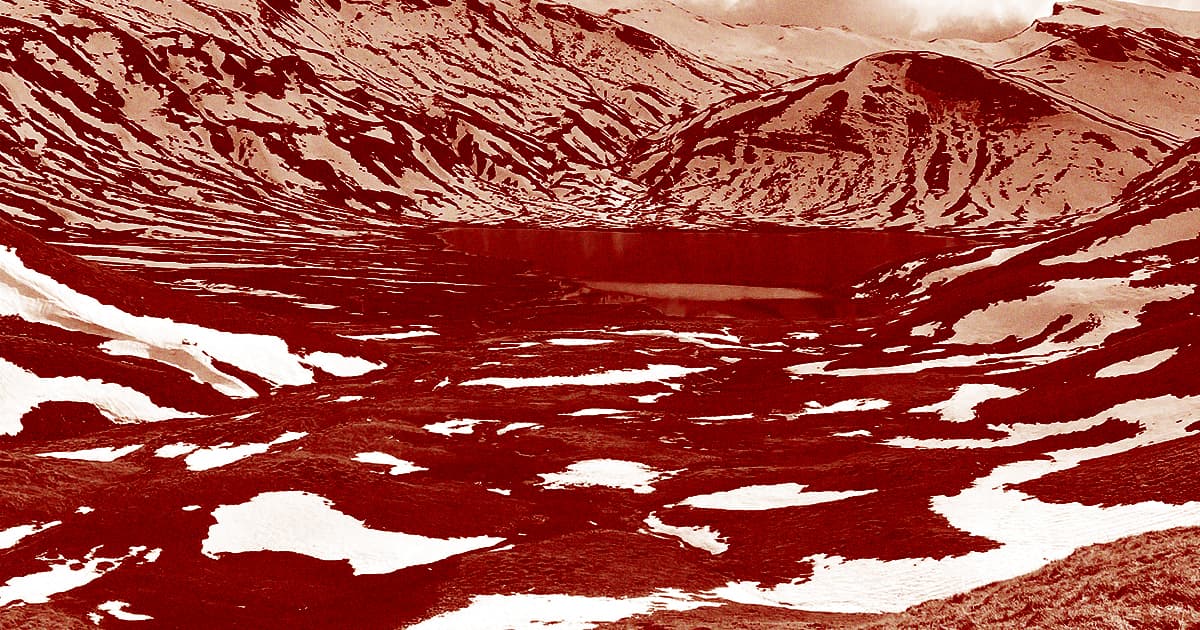 For years, climate scientists have warned the world that rising temperatures in the Arctic risk detonating a methane "time bomb" of ancient greenhouse gas deposits that have been trapped away in the ice. Now, The Washington Post reports that the bomb's timer is ticking dangerously low.

Satellite imagery of northern Siberia show that vast stretches of limestone that used to be trapped under permafrost are emerging and thawing out, according to research published on Monday in the journal Proceedings of the National Academy of Sciences. As the limestone warmed up during a Siberian heat wave last year, it started to crack and pockets of gas escaped — unleashing a huge amount of methane that had, up until now, been safely sequestered out of the atmosphere.

"It's intriguing," Woodwell Climate Research Center senior scientist Robert Max Holmes, who didn't work on the study, told WaPo. "It's not good news if it's right."

The scientists, who hail from a variety of European and Russian research institutes, actually uncovered the thawing limestone in a roundabout way. Thanks to a mapping technology called PULSE, the scientists' satellite scans revealed the alarming methane emissions first, Inverse reports, and they pieced together where they came from after the fact.

Holmes, the researcher who didn't actually work on the study, told WaPo that the research deserves further scrutiny before anyone slams the panic button. But, he added, there is the potential for climate change calamity if all the gas currently trapped in the world's permafrost were released.

"What we do know with quite a lot of confidence is how much carbon is locked up in the permafrost," he told WaPo. "It's a big number and as the Earth warms and permafrost thaws, that ancient organic matter is available to microbes for microbial processes and that releases CO2 and methane. "If something in the Arctic is going to keep me up at night that’s still what it is."

READ MORE: Scientists expected thawing wetlands in Siberia’s permafrost. What they found is ‘much more dangerous.’ [The Washington Post]

More on climate change: Ah Crap: The Arctic Is Releasing a Ton of New Greenhouse Gas