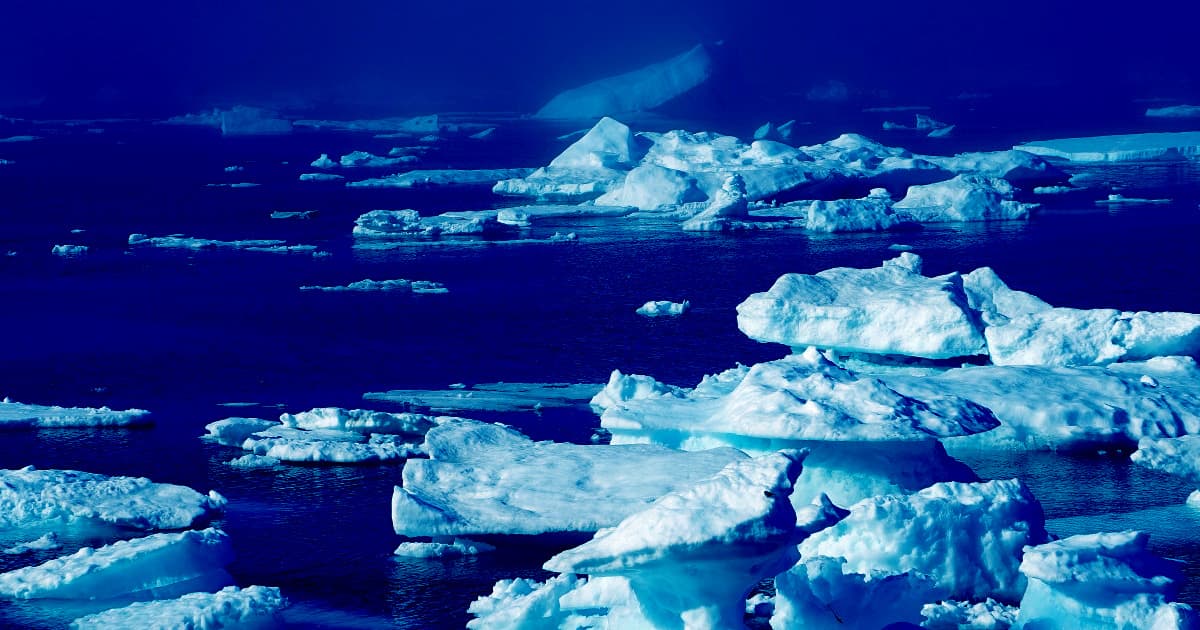 Ah Crap: The Arctic Is Releasing a Ton of New Greenhouse Gas

This could be horrible news for the environment.

This could be horrible news for the environment.

Figuring out when, and to what extent, the Arctic will melt and release greenhouse gases into the air has been a major challenge for environmental scientists. Now it seems like the process is already underway.

A team of Russian and Swedish scientists exploring the Arctic Ocean found that the continental slope near Siberia has already started to give off huge amounts of methane, which is an even more potent greenhouse gas than carbon dioxide, The Guardian reports. The methane, which is leaking into the ocean and the air, is a worrying new data point about the state of the climate.

The scientists, who haven't yet finished analyzing their data or sent it for review by an academic journal, stressed to The Guardian that they're still at a very preliminary stage of their research. But their discovery is still ominous. If the Arctic is releasing carbon in mass quantities, it could trigger a feedback loop that worsens climate change and continues to give off even more greenhouse gases.

“At this moment, there is unlikely to be any major impact on global warming, but the point is that this process has now been triggered," Örjan Gustafsson of Stockholm University told The Guardian. "This East Siberian slope methane hydrate system has been perturbed and the process will be ongoing."

It will be hard to tell what impact these Arctic greenhouse gases will have on the global environment — but the consensus among experts is that it could be disastrous.

"This is a new page," Igor Semiletov of the Russian Academy of Sciences told The Guardian. "Potentially they can have serious climate consequences, but we need more study before we can confirm that.”

More on the Arctic: This is the Devastating Potential of the Arctic Permafrost Melting