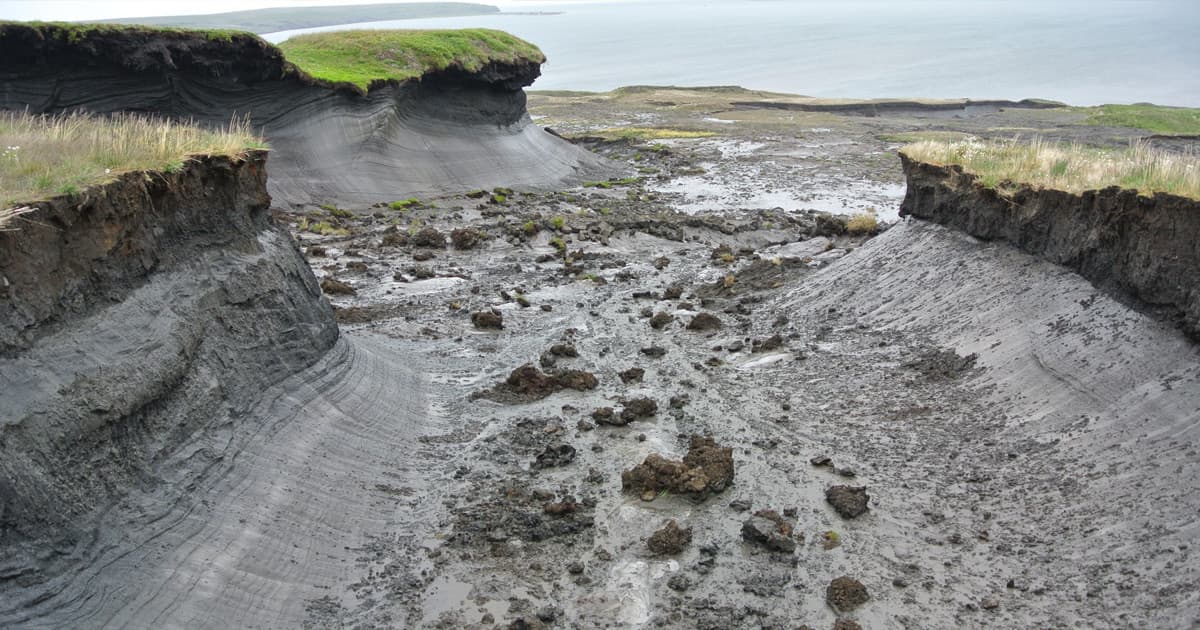 This Is the Devastating Potential of the Arctic Permafrost Melting

Ancient thawings released incredible amounts of carbon into the atmosphere.

Ancient thawings released incredible amounts of carbon into the atmosphere.

New research into ancient history lays bare just how devastating it’d be for the planet — for all of us — if the Arctic permafrost were to thaw.

The Arctic’s permafrost has thawed or collapsed on three separate occasions over the last 27,00 years. according to E&E News. Each time, it released huge quantities of sequestered carbon into the air. If global climate change continues unchecked, the same could happen to us.

During the previous thawings, the amount of carbon released by the permafrost increased by an entire order of magnitude over pre-thaw levels, according to research published Friday in the journal Science Advances.

That means that if we want to manage climate change and prevent the worst outcomes down the road, action needs to be taken sooner rather than later. Otherwise we may cause an unrelenting cascade of carbon release as the Arctic melts away.

It’s important to mitigate this thawing if we want any shot at meeting the climate goals laid out in the 2015 Paris agreement, as the carbon released from the permafrost will more than make up any emissions reductions we accomplish.

“Any release from thawing permafrost means that there is even less room for anthropogenic greenhouse gas release in the Earth-climate system budget before dangerous thresholds are reached,” Örjan Gustafsson, study coauthor and Stockholm University researcher said, per E&E.

“The only way to limit permafrost-related greenhouse gas releases is to mitigate climate warming by lowering anthropogenic greenhouse gas emissions.”

More on the Arctic: A New Hole Is Forming in the Ozone Layer Over the Arctic