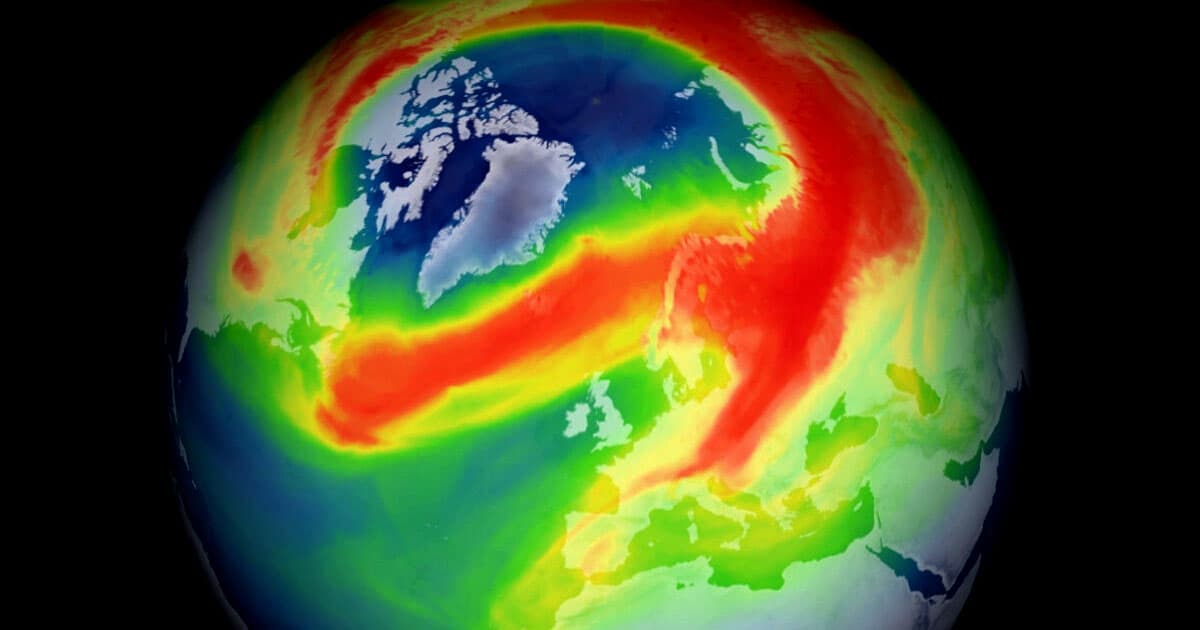 Over the last month, a new hole in the ozone layer has started to form over the Arctic.

The ozone layer over the North Pole has been depleted plenty of times in the past. But this time around, extreme weather and atmospheric conditions have led to a far greater depletion than normal, according to a European Space Agency press release. While the ESA scientists expect it to close up later this month, it's a troubling update on the planet's environmental health.

This year's Arctic ozone hole is bigger than normal because of atypically cold temperatures in the stratosphere that helped trap a whirlpool of icy wind, called a polar vortex, in the area that dispersed ozone more than usual.

It remains unclear what to expect in the coming years. While the larger-than-average ozone hole was caused in part by extreme weather, which has been linked to climate change, it's too soon to declare that the Arctic ozone depletion will continue to get worse if climate change continues unchecked.

More on the ozone layer: Our Efforts to Heal the Ozone Layer Are Finally Paying Off