Our Efforts to Heal the Ozone Layer Are Finally Paying Off

We're slowly but steadily repairing the damage we caused. 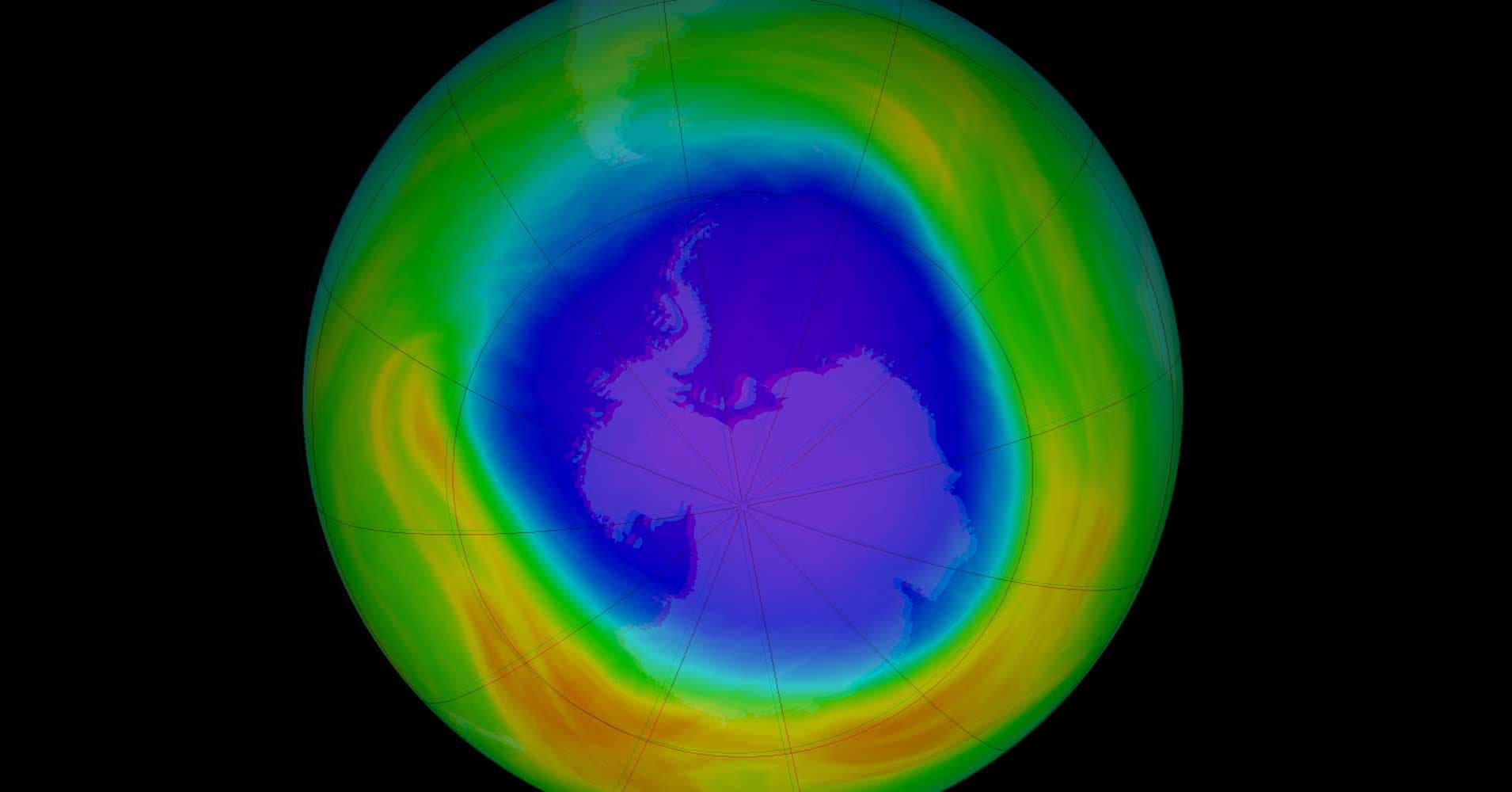 It seems like every recent study on the environment has had the same takeaway: We're heading toward a climate catastrophe.

A newly released report backed by the United Nations bucks that trend with some very positive news. It seems our global efforts to repair the ozone layer are actually paying off — and even better, future efforts already in the works have the potential to help us address global warming.

How's that for a breath of fresh, non-toxic air?

Every four years, an international team of researchers releases a report focused on the state of Earth's stratospheric ozone, a naturally occurring gas that shields the planet from ultraviolet (UV) radiation.

Unfortunately, our actions on Earth have had a detrimental effect on the ozone layer. For decades, we pumped chemicals called chlorofluorocarbons (CFCs) into the air, and these depleted the ozone layer, leaving us vulnerable to that harmful UV radiation.

In 1987, the world decided to take action against this damage to the ozone layer through the Montreal Protocol, an international treaty focused primarily on the phasing out of CFCs. As of 2010, the harmful chemicals were completely banned.

Based on this newly released report, those efforts have paid off.

Ozone in certain parts of the stratosphere has increased by 1 to 3 percent every decade since 2000. Based on current projections, the ozone layer above the Northern Hemisphere will be completely healed by the 2030s, with the Southern Hemisphere following in the 2050s and the polar regions by 2060.

Though the findings of this new report are promising, we are far from any sort of "mission accomplished" moment when it comes to the ozone.

We already know that not everyone is abiding by the CFC ban — looking at you, China — so we'll need to figure out a way to address that issue.

We're also just months away from the implementation of the Kigali Amendment, an update to the Montreal Protocol that will guide the phasing out of another type of harmful chemical, hydroflourocarbons (HFCs). This amendment has the potential to not only build on the ozone-repair efforts already in place, but also help us avoid up to 0.4 percent of global warming this century, so we'll need to ensure the world is as committed to phasing out HFCs as it has been CFCs.

If we can do that, who knows? Maybe environmental reports containing positive news could become the norm.

More on CFCs: Report Identifies China as the Source of Ozone-Destroying Emissions

Read This Next
Sun Shield
Scientists Increasingly Calling to Dim the Sun
Tornado Watch
Tornadoes Like Kentucky's May Be Getting Stronger Due to Climate Change, Scientists Say
Dark Future
Member Nations Alarmed by Bleak Future During "Dire" UN Meeting
Run AMOC
Scientists Warn Gulf Stream May Collapse, Freezing North America
Better Late Than Never
US Formally Rejoins Paris Climate Agreement
More on Earth & Energy
Shark Smile
Yesterday on the byte
Influencer Fined for Eating Endangered Great White Shark
Imagine Dragons
Monday on the byte
Miners Say "Sorry" for Losing Highly Radioactive Object Along Highway
Rock Battery
Jan 28 on the byte
Researchers Successfully Turn Abandoned Oil Well Into Giant Geothermal Battery
READ MORE STORIES ABOUT / Earth & Energy
Keep up.
Subscribe to our daily newsletter to keep in touch with the subjects shaping our future.
+Social+Newsletter
TopicsAbout UsContact Us
Copyright ©, Camden Media Inc All Rights Reserved. See our User Agreement, Privacy Policy and Data Use Policy. The material on this site may not be reproduced, distributed, transmitted, cached or otherwise used, except with prior written permission of Futurism. Articles may contain affiliate links which enable us to share in the revenue of any purchases made.
Fonts by Typekit and Monotype.