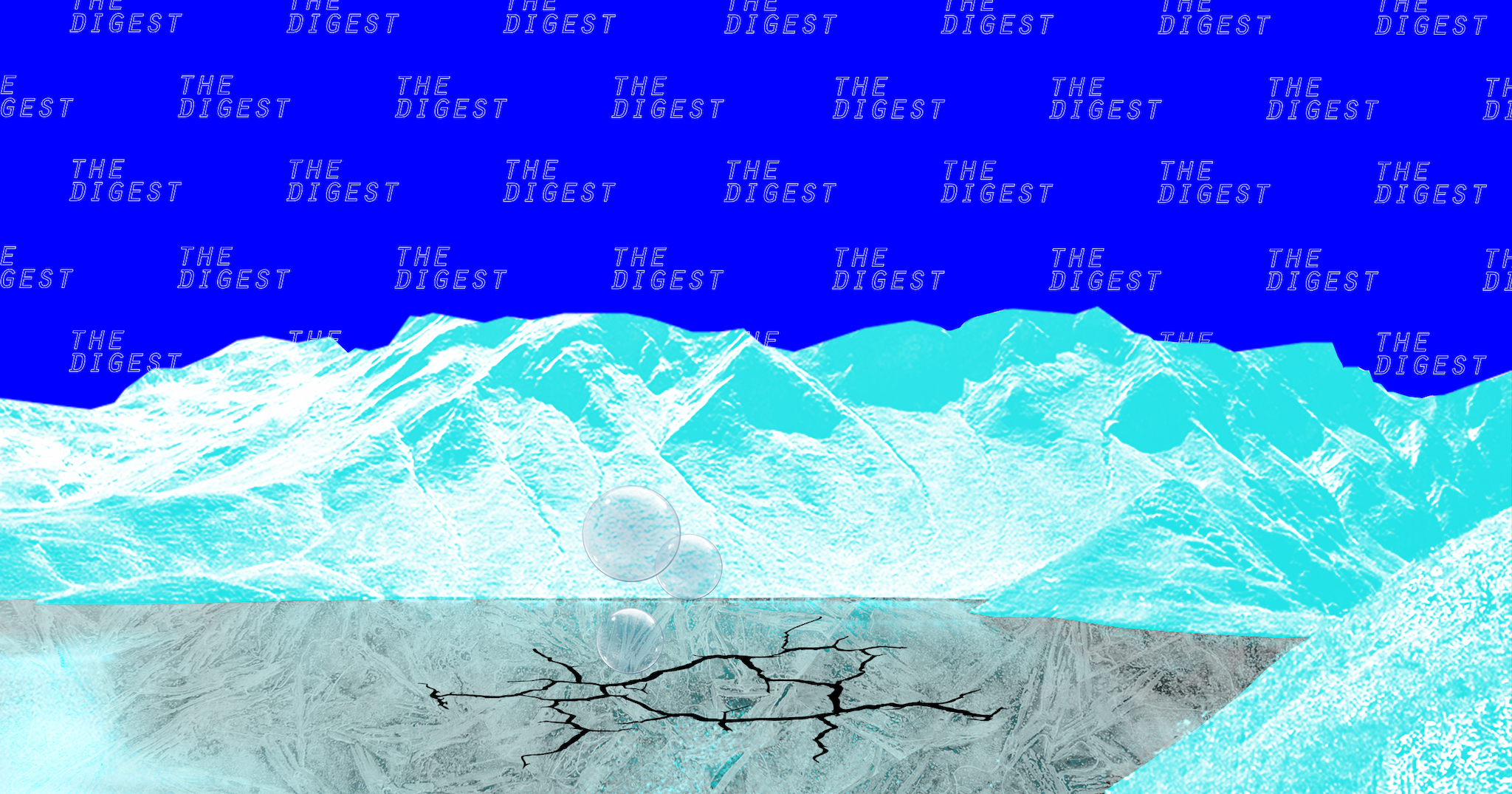 The lakes are thawing the arctic way faster than we expected.

The lakes are thawing the arctic way faster than we expected.

FROM BAD TO WORSE. The bad news: Global warming is thawing Arctic permafrost. And that's releasing greenhouse gases into the atmosphere.

The really bad news: It's happening faster than we previously thought.

That's the conclusion of a NASA-funded research project undertaken by researchers from the University of Alaska. They published their study in the journal Nature Communications on August 15.

SLOW AND STEADY, ABRUPT AND AWFUL. In the past, when a carbon-based life form — such as an animal or plant — died in the Arctic, it froze before it had time to decompose.

Now that temperatures in the region are increasing, however, microbes in the newly thawed Arctic soil are breaking down these previously frozen organic bodies. That releases carbon dioxide and methane into the atmosphere.

Researchers already knew about this process, which they call "slow thawing," and have been factoring it into their climate models for some time now. What they haven't taken into consideration, though, is abrupt thawing.

SEEING IS BELIEVING. According to the NASA-funded study, abrupt thawing takes place under thermokarst lakes. When a significant amount of ice deep in the soil melts, the liquid water has less volume than the ice that previously occupied the space underground. That makes the land slump, making a depression that fills with the water to become a thermokarst lake. Once there's a liquid lake, the soil around it thaws much more quickly than the typical slow thawing.

"Within decades you can get very deep thaw-holes, meters to tens of meters of vertical thaw," first author Katey Walter Anthony said in a NASA news release. "So you’re flash thawing the permafrost under these lakes. And we have very easily measured ancient greenhouse gases coming out."

You can see the gases bubbling up from beneath these lakes in a video released by NASA the same week as the study.

JUST THE BEGINNING. Based on the researchers' calculations, abrupt thawing more than doubles our previous estimates of permafrost thaw's contribution to greenhouse warming. The team also concluded that we really can't do much to stop it — even if we reduce our carbon emissions, abrupt thawing will continue to release large stores of methane into the atmosphere.

It's only going to get worse, too, according to Walter Anthony. "[Abrupt thaw is] already happening but it’s not happening at a really fast rate right now, but within a few decades, it should peak," she said in the news release.

If there is any good news to take away from this research, it's that we at least now know about abrupt thawing and can take it into account in our future climate predictions. But, admittedly, that "good" news isn't all that great in the scheme of things.

More on the Arctic: Three Reasons Scientists Are Freaked out by Crazy-High Arctic Temperatures