Three Reasons Scientists Are Freaked out by Crazy-High Arctic Temperatures

Warm weather isn’t good news when it's in the Far North. 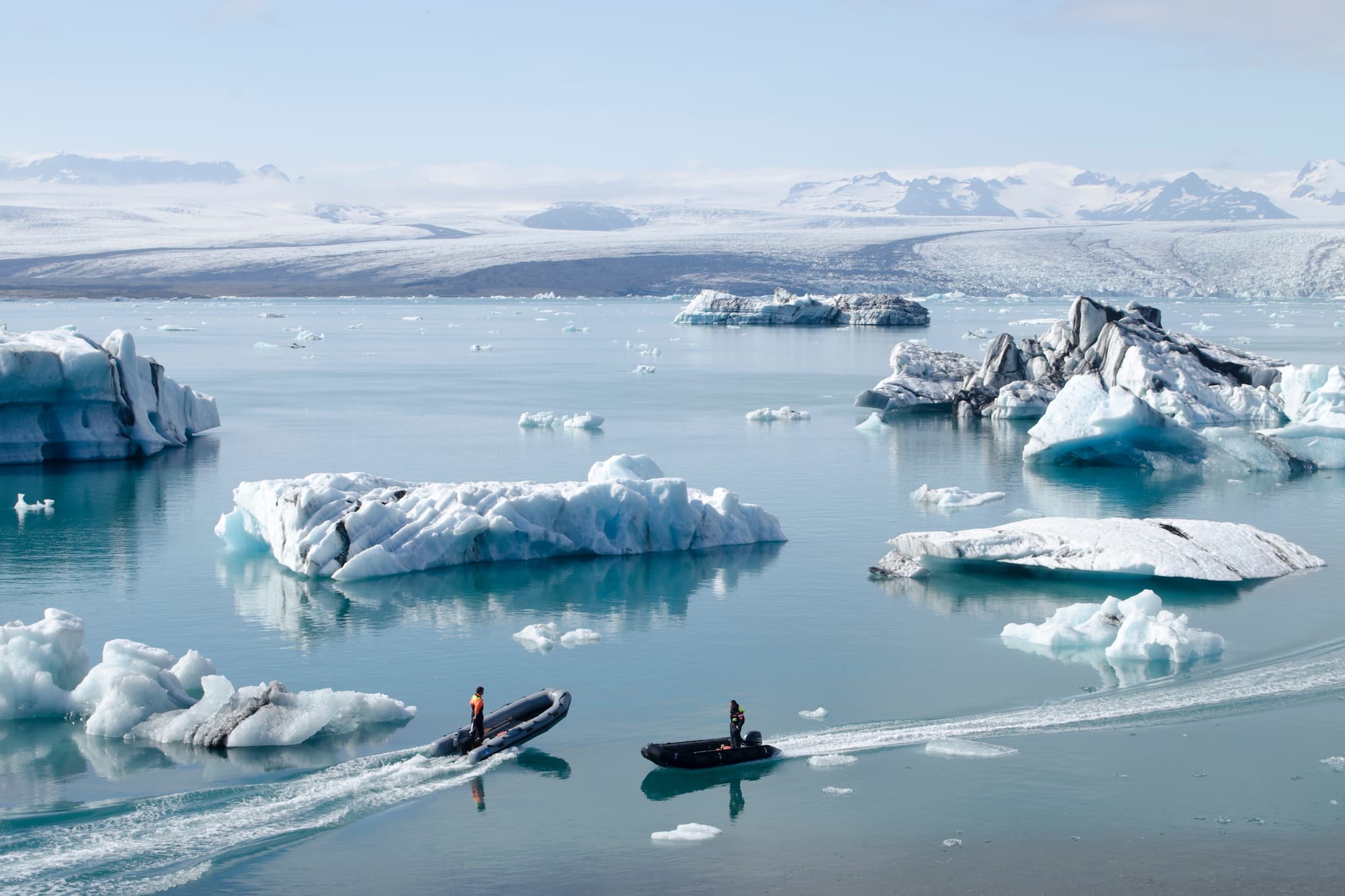 Normal highs at this time of the year are usually -30 degrees Celsius (-22 degrees Fahrenheit), according to Phillips.

"That has literally smashed the previous record," he told CBC News. "So we're dealing with temperatures here that were as much as 25 degrees warmer than they should have been at that time of the year."

Here are three reasons these Arctic temperatures have climate scientists like Phillips concerned for the future of the whole planet - not just the Far North.

As Phillips noted, these temperatures are way outside the expected range. Sure, Arctic temperatures sometimes fluctuate and spike, but this year's numbers are far outside the historical average. Even more worrisome is the fact that the hot spells also last longer and occur more frequently than in the past.

"In 50 years of Arctic reconstructions, the current warming event is both the most intense and one of the longest-lived warming events ever observed during winter," Robert Rohde, lead scientist of climate science nonprofit Berkeley Earth, told The Guardian.

High temperatures aren't limited to one place, either. In Siberia, temperatures are reaching upwards of 35 degrees Celsius (63 degrees Fahrenheit) over historical ranges.

Meanwhile, Greenland has had 61 hours of above-freezing temperatures this year, which is roughly three times as many hours as 2017. "Going back to the late 1950s at least, we have never seen such high temperatures in the high Arctic," said Ruth Mottram of the Danish Meteorological Institute, also speaking to The Guardian.

2. They're Linked to Bigger Environmental Changes.

The natural barriers that have historically prevented too much warming in the Arctic are changing, and these warmer Arctic temperatures are a symptom of those changes.

Experts believe the northern polar vortex - the system of powerful low-pressure winds that kept the frozen north insulated - could be eroding or shifting southwards, thereby sucking in more warm air from the south and causing the polar jet stream to go "loopy," as Walt Meier, a senior research scientist at the National Snow and Ice Data Center in Colorado, put it in an interview with CBC News.

The polar jet stream normally flows from west to east, but occasionally, it turns, sending cold air out of the Arctic and bringing warmer air in. This behavior can result in extreme weather behavior beyond the Arctic, such as the colder temperatures currently plaguing Europe.

The frequency and intensity of these events has increased in recent years. "The last three or four years, they've had at least one of these events where the North Pole region or very close to the North Pole actually gets above freezing sometime in the middle of winter, which is really pretty remarkable because there's no sunlight there," Meier explained to CBC News.

All of these changes in the Arctic aren't just harming the environment. They're also damaging the region's ecosystems and human communities.

Northern Canada's Inuit, for example, depend on the environment for their livelihood, as well as other cultural activities. "Because Inuit and people living in the Arctic are so closely tied to the land...it has a huge impact," Trevor Bell, a geography professor at the Memorial University of Newfoundland, told CBC News.

These extreme weather conditions can affect everything from these communities' food supplies to their ability to travel. They can also harm their mental and physical health. "These unpredictable extreme events or unpredictable ice conditions cause people to have accidents on the ice, maybe leading to trauma," said Bell.

While the weather changes of the past several years are noteworthy, some are remaining conservative with their estimates of how they'll affect the region in the long term. "This is too short-term an excursion to say whether or not it changes the overall projections for Arctic warming," Michael Mann, direct of Pennsylvania State University's Earth System Science Center, told The Guardian.

If that happens, we could see rising sea levels and higher temperatures everywhere, putting societies across the globe in harm's way.

Read This Next
Disease Dilemma
Study: Climate Change Making More Than Half of Infectious Diseases Far Worse
Crimate
Kardashian Slammed for 17-Minute Private Jet Flight to Beat Traffic
Back Online
Japan May Need Nine Nuclear Reactors Turned On to Get Through Winter
Unreliable Friends
Archipelagic Nation Sick of Other Countries Breaking Climate Change Promises
The Kids Won't Be Alright
Elon Musk Warns That Humankind Will "End Up in Adult Diapers"
More on Earth & Energy
Hurricane Hell
Yesterday on the byte
Supply Chain Shortages Making Hurricane Season Even Scarier
Crude
Wednesday on futurism
Researchers Still Finding Residue From Massive 2010 BP Oil Spill
Dried Up
Tuesday on the byte
Rangers Keep Discovering Human Remains in Drying Up Lake
READ MORE STORIES ABOUT / Earth & Energy
Keep up.
Subscribe to our daily newsletter to keep in touch with the subjects shaping our future.
+Social+Newsletter
TopicsAbout UsContact Us
Copyright ©, Camden Media Inc All Rights Reserved. See our User Agreement, Privacy Policy and Data Use Policy. The material on this site may not be reproduced, distributed, transmitted, cached or otherwise used, except with prior written permission of Futurism. Fonts by Typekit and Monotype.