It's no longer science fiction. 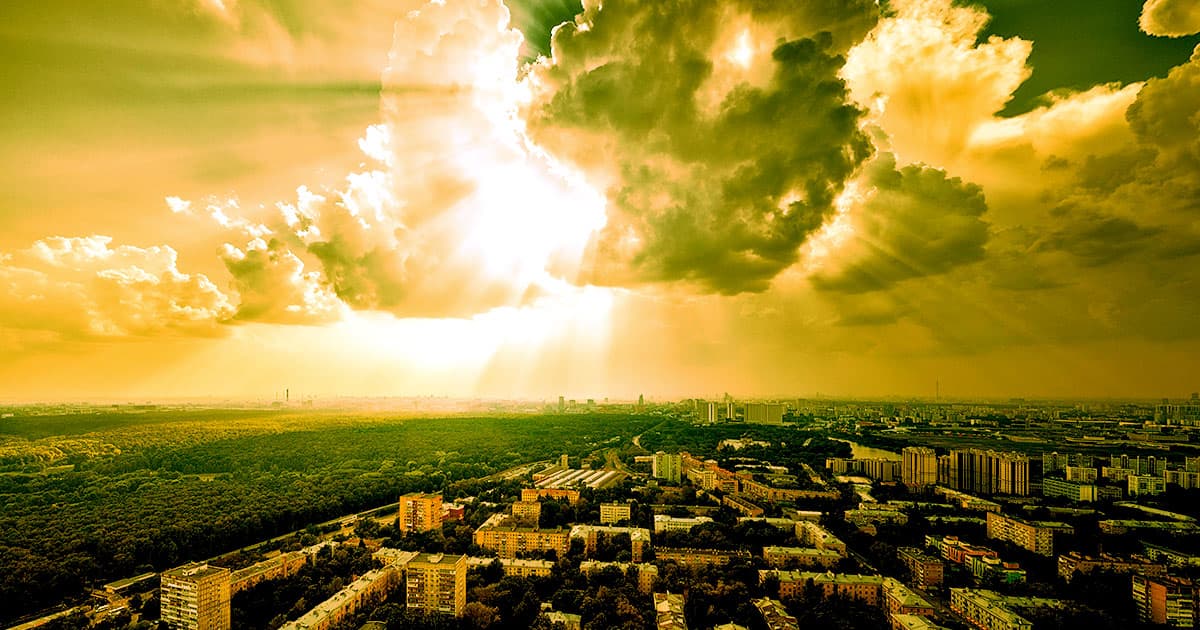 The idea of "solar geoengineering," or shooting untold dollars' worth of particles into the stratosphere to reduce the warming of the Sun, has long been seen as a last resort for tackling a growing climate crisis.

Despite plenty of opposition to the idea of meddling with entire ecosystems at once, an increasing number of scientists are starting to seriously study the possibility, The New Yorker reports.

Just last month, the White House announced a five-year research plan to study geoengineering, a sign that the idea has moved out of the realm of science fiction amidst a period of rapidly rising temperatures and failed climate targets.

Even with an almost complete halt on the use of fossil fuels, humanity is headed towards a catastrophe. The Paris Agreement, a legally binding international treaty on climate change, was adopted by 196 countries, who agreed to try their best to limit global warming to as close to 1.5 degrees Celsius as possible.

But achieving that target has proven nigh impossible. According to an October report by UN Climate Change, our efforts to reduce greenhouse gas emissions have been insufficient to meet that goal by the end of the century.

That kind of bleak outlook has more and more researchers turning to investigate geoengineering as a potential last resort.

Just like particles released by a massive volcano — previous eruptions have been shown to lead to dropping temperatures — injecting aerosolized sulphur dioxide into the stratosphere could have similar results.

While there's consensus among experts that there's a good chance these particles could actually shade and cool the surface below, we're only starting to understand the possible side effects, particularly on a global scale.

For instance, temperature fluctuations could kick off extreme weather, such as flooding, in unexpected locations around the world. An increase in local reservoirs could even allow for disease like malaria to spread, as The New Yorker reports.

Then there's the fact that one country's geoengineering efforts could have vast and potentially disastrous political ramifications as well.

"We believe there’s no governance system existing that could decide this, and that none is plausible," Frank Biermann, a political scientist at Utrecht University, told the magazine. "You’d have to take decisions on duration, on the degree — and if there are conflicts — ‘we want a little more here, a little less here’—all these need adjudication."

In short, it's a highly contentious idea that simply may not ever get off the ground as it would require everybody to sign off on it.

For instance, the one time scientists actively attempted to try out the idea, it was shut down almost immediately, with activist groups writing a letter that even famous environmentalist Greta Thunberg signed.

Despite the opposition, world leaders are becoming increasingly desperate as they stare down the barrel of a climate catastrophe of unprecedented proportions.

"Geoengineering as a possible solution to this catastrophe will definitely become the only option of last resort if we as a global community continue on the path we have been going," environmentalist Anote Tong, former president of Kiribati, a small island nation that has already been greatly affected by sea level rise, told The New Yorker.

Will there ever be a point where humanity will have to resort to measures as drastic as geoengineering? Given our recent track record, it's not entirely out of the question.

READ MORE: Dimming the Sun to Cool the Planet Is a Desperate Idea, Yet We’re Inching Toward It [The New Yorker]

Read This Next
Sundowned
Mexico Bans Startup From Future Solar Geoengineering Experiments
Knew It All Along
Exxon Scientists Knew About Global Warming for Decades While Company Denied It
Dim Sun for Breakfast
Startup Says It's Started Releasing Chemical Into Atmosphere to Dim Sun
Futurism
Stanford Scientists Warn That Civilization as We Know It Will End in "Next Few Decades"
Fusion vs Fiction
Gloomy Physicists Say Nuclear Fusion Breakthrough Is Too Late to Save Us
More on Earth & Energy
Rock Battery
Jan 28 on the byte
Researchers Successfully Turn Abandoned Oil Well Into Giant Geothermal Battery
Do The Worm
Jan 27 on the byte
Scientists Name "Funky Worm" Amphibian After a Weird 70s Funk Song
Cow Chow
Jan 26 on the byte
Bill Gates Gives $12 Million to Flatulent Australian Cows
READ MORE STORIES ABOUT / Earth & Energy
Keep up.
Subscribe to our daily newsletter to keep in touch with the subjects shaping our future.
+Social+Newsletter
TopicsAbout UsContact Us
Copyright ©, Camden Media Inc All Rights Reserved. See our User Agreement, Privacy Policy and Data Use Policy. The material on this site may not be reproduced, distributed, transmitted, cached or otherwise used, except with prior written permission of Futurism. Articles may contain affiliate links which enable us to share in the revenue of any purchases made.
Fonts by Typekit and Monotype.