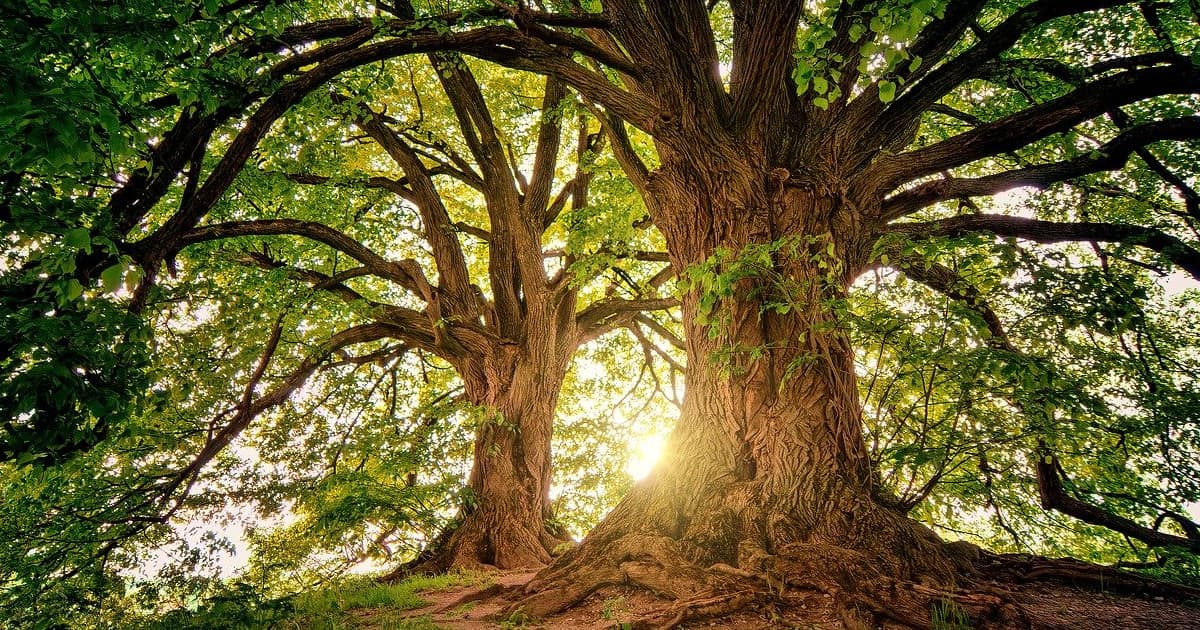 Too Much CO2 Is Killing Trees, Scientists Say

Forests may not be the robust carbon sinks that scientists hoped.

Forests may not be the robust carbon sinks that scientists hoped.

As humanity continues to pump carbon dioxide into the atmosphere, scientists had long hoped that a portion of it would get gobbled up by plants — including the Earth's vast forests — instead of contributing to climate change.

They were right — to an extent. The prediction that increased atmospheric carbon dioxide would speed up forest growth held up. But new research suggests that these fast-growing trees also die significantly younger, according to Agence France-Presse, at which point they'd release carbon once again as they decompose.

Unfortunately, the link between higher atmospheric carbon dioxide levels and accelerated lifespans was observed across a wide span of tree types and species, according to research published Tuesday in the journal Nature Communications. That suggests that other trees may not be able to pick up the slack.

"Our findings, very much like the story of the tortoise and the hare, indicate that there are traits within the fastest growing trees that make them vulnerable, whereas slower growing trees have traits that allow them to persist," study coauthor and State University of New York forestry expert Steve Voelker said in a press release.

For the last few decades, AFP reports, society has reaped the benefits of forests' ability to absorb atmospheric carbon. But those benefits may soon end, as a sort of environmental reckoning approaches — though, to be fair, University of Arizona researchers found in 2013 that decomposing forests release less carbon than previously predicted.

As Voelker added, carbon dioxide uptake is "likely to be on the wane as slow-growing and persistent trees are supplanted by fast-growing but vulnerable trees."

READ MORE: Too Much CO2 Has an Unnerving Effect on The World's Trees, New Study Finds [Agence France-Presse]

More on carbon emissions: New Facility Aims to Capture 40 Million Trees' Worth of CO2 Every Year